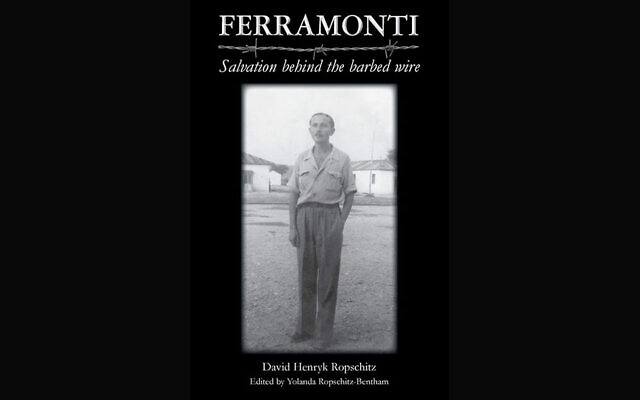 Some years ago I stumbled onto the discovery of Ferramonti di Tarsia, the only large-scale concentration camp built and run by Italian Fascists during World War II. Nearly 4,000 Jews, all refugees who had escaped to Italy from Nazi occupied countries, were housed there. I wrote about the camp in a chapter in my second book, “Under the Southern Sun,” and was amazed by the response I got from survivors and children of survivors thanking me for bringing attention to a mostly untold story.

Hidden away in the mountains of Calabria, Italy’s “toe,” even Italians of the time were unaware of its existence. The Mussolini government sent many of its undesirables to the remote regions of the south, many in what they referred to as confino libero or free confinement, which meant that they were housed in remote villages and reported to local constables on a regular basis. Carlo Levi’s “Christ Stopped at Eboli” details this system.

The establishment of an actual camp was unique and hidden from public view. The Italians had gone along with Hitler’s anti-Semitic policies to secure military aid in Greece and the Balkans but had the common sense to be ashamed of their actions. And while willing to strip perfectly innocent people, most of whom were highly educated, of their civil rights and freedoms, they never turned into the barbarous murderers of their northern allies. And that’s the saving grace of Ferramonti.

Dr. David Ropschitz was one of several medical doctors who fled to Italy from Vienna to continue his studies when the anti-Semitic laws went into effect and who was caught up in the web of detainment and confinement. Yolanda Ropschitz-Bentham, his daughter, contacted me after reading my book and told me she was trying to edit a book her father had written about his experiences in the camp.

Recently published by Grosvenor House, this posthumous effort is an invaluable insight into that camp. Technically a novel (Ropschitz changed the names of many colleagues and acquaintances), the book is filled with historical detail, much of which escaped many of us in the study of the place. That alone is a major contribution in the telling of this tale.

But beyond the chronology and geography lessons, Ropschitz gives us an amazing insight into the psychological, spiritual and social dynamics of people forced into a fearful and degrading experience that lasted more than four years. He was one of the first internees to arrive at the newly constructed camp. He witnessed its construction and the influx of prisoners from Yugoslavia, Germany, Poland, Greece, Austria and even a group of Chinese that the Italian government apparently thought of as enemy aliens. His keen eye (he went on to become a psychiatrist) into the human behavior, religious attitudes, sexual mores and social intercourse illuminates the effects of the confinement of thousands in an almost Dickensian narrative.

This is an amazing work — and one that could not have been written by the millions in the camps to the north since the main issues in the Nazi-run camps were death and survival. Who knows how many novels or in-depth analyses into the human condition might have emerged from those camps had mass executions not occurred? But they couldn’t have been written since death, not confinement, was the Nazi goal. For the Italians, it was another story and it became Ropschitz’s.

“Ferramonti” details the intricate web of relationships between and among the prisoners, the constant hunger, the shabby sanitary conditions, the half-hearted efforts of the Italian guards to maintain a semblance of order, the rumor mills and dimly gathered war news, the despair and optimism of the refugees and the constant confusion and concern over their situation. At one point, a couple from Poland arrives and tells them of the death camps, bringing an entirely new perspective and fear. There were deaths — mostly from natural causes, as well as a suicide and four internees killed by a mistaken strafing from an Allied pilot who mistook the place for a Fascist training camp.

Mostly the book tells a story of the day-to-day boredom of the place, the arguments among the inmates, the great divisions between the religious Jews and the assimilated Jews, the easterners’ view of the westerners and vice versa — insights that could only be told by survivors. There were dentists, doctors, artists and philosophers. There were marital infidelities, love affairs, marriages, pregnancies, child rearing, schools, musical recitals and, ultimately, liberation — all a fantastic evaluation of the human condition under exceptional and trying circumstances.

“Ferramonti” is an essential contribution to the literature of the Holocaust. It offers insights and elucidation written by a highly educated and observant victim and is ultimately a hopeful reaffirmation of the dignity and determination of the human spirit. PJC