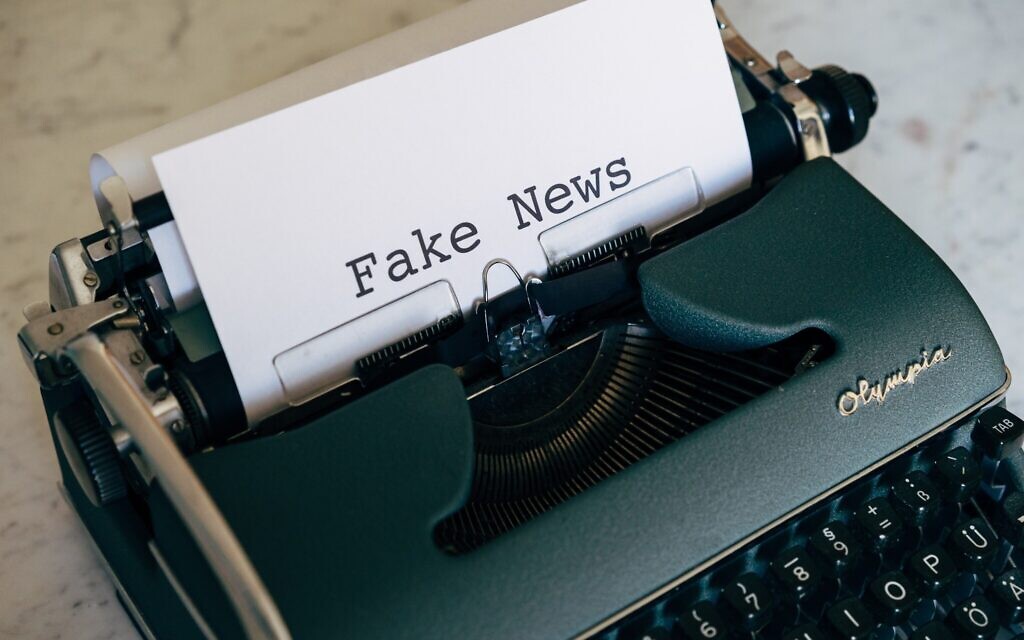 (Photo by Markus Winkler via Pexels)

“Congregants aren’t really sure what to do,” one prominent rabbinic figure said.

The rabbi, who wished to remain anonymous, described a recent Shabbat service in which congregants exhibited “bizarre” behavior.

“I knew something was off when I noticed what two people were wearing,” the rabbi said.

The pair, who later told the Chronicle it was their first time attending in-person services in nearly two years, arrived in couture sweaters, diamond jewelry, cut-off jean shorts, unmatching socks — and no shoes.

“I think they forgot they weren’t on Zoom,” the rabbi said.

Despite the pair’s unusual dress, they remained quiet throughout prayers. But not everyone else was silent.

Midway through the rabbi’s sermon, one congregant stood up — and in a voice too loud for the pews — told those nearby, “How do I mute this? I have to run an errand.”

At a nearby congregation another spiritual leader, who also wished to remain nameless, said congregants aren’t sure what to do with two years of collected masks.

“I always appreciate creativity, but some of this is just weird,” the rabbi said. “One congregant came to minyan wearing a mask as a yarmulke. In what appears to be a classic game of one-upmanship, another congregant made a tallit out of pieces of blue surgical cloth.

“I showed up to do a wedding,” the rabbi continued, “and the chuppah — yes, the chuppah — was literally strung together with old KN95s.”

Pittsburgh’s rabbis have reached out to colleagues across the commonwealth for advice on addressing numerous erratic behaviors.

“Each story seems to be crazier than the next,” an unnamed Harrisburg-based rabbi said. “What I advise my peers is, you know that saying about life, lemons and lemonade? Maybe that’s applicable here?”

Friedman, known as the “Purim Parody Prince,” was famous for reworking popular television shows, movies and songs into Purimshpiels performed by congregations around the country.

“He had such a gift,” his sister Ruth said. “I remember as a child he said his dream was to rework Billy Joel’s ‘Tell Her About It’ into a Purim classic. Well, he did that and more. Who hasn’t sung ‘Tell Vashti About It,’ before swinging a grogger over their head?”

His sometime-partner, lyricist Joel Hammerstein, said Friedman had a gift for knowing “exactly what he could get away with.”

“Most people don’t know,” Hammerstein said. “It isn’t easy. There’s a fine line between good fun and copyright infringement. Levi knew where that line was. He knew when to push it. He was comfortable simply turning an A chord into an A7, something I never would have done. I would have transposed the whole thing and ruined whatever I was working on.”

“Look, anyone can add the name ‘Esther’ into a poorly reworked version of ‘Tradition,’ but to change Cardie B’s ‘WAP’ into a song exploring the geopolitical tensions that existed between the Jews and Persians, all during a full-cast opening number, well, that’s a gift I don’t have. Levi is going to be missed next year, I’ll tell you that.”

While Friedman’s contributions to the Purim circuit will always be remembered, his life wasn’t without trial, said his third ex-wife, Brandi.

“We met in San Francisco,” she recalled. “He came to the city because he wanted to branch out. He said Purim wasn’t what it used to be. I remember him telling me that every Joshua with a keyboard now thought he could pen a Purim parody. When we met he was trying to branch out. He had dreams of writing Halloween songs or St. Patrick’s Day ditties. Of course, that was before ‘Nightmare Before Christmas.’ When Lev heard that, he knew he missed his opportunity. The holiday world moved on without him.”

After a brief stint in rehab, a Reno divorce from Brandi and a Purim when Friedman didn’t rework a single song, he returned to what he knew, and loved, best. The next year, his rendition of “Persian Busters,” a parody of “Ghostbusters II,” became the biggest production in the history of Purim parodies at Temple Israel in Beverly Hills.

“There wasn’t a dry eye in the room,” Rabbi Saul Berkowitz recalled. “That’s saying something. I can’t tell you the amount of Botox in the faces of some of the women — getting them to shed a tear, or show any emotion in their face, was a big deal.”

“We did it right,” Levovitz said. “It wasn’t traditional, but it was Hollywood. Just the way Levi would have wanted it. We even had several people singing some of his biggest parodies. Let me tell you, you haven’t lived until you’ve seen a Barry Manilow impersonator sing a reworked ‘Mandy’ belted out as ‘Vashti’ graveside.”

Several of Friedman’s parodies will be performed this year as congregations celebrate Purim in community rooms and JCCs across the country.

Like its predecessor, Siri, Shmuely can make calls or send texts when your hands are full. But Shmuely also makes proactive “suggestions” to help you stay in touch with your loved ones.

While Siri can remind you “to make the calls that matter,” according to an Apple spokesperson, Shmuely noodges you to “make the calls you should — whether you want to or not.”

For example, expect Shmuely to implore you to “Call Bubbie!” while sometimes affectionately adding, “you schmendrick!”

Like Siri, Shmuely can also check your email from your computer or from the app. Just say “check email” and Shmuely will show you a list of new messages. An improvement over Siri, Apple execs say, is that Shmuely will prioritize your emails in order of importance, with any messages from your parents appearing first and in bold type. Shmuely’s new “bubkes” function automatically deletes messages deemed “narishkeit.”

Shmuely can also create a playlist, although the music available is limited to klezmer and old Allan Sherman songs.

Beta testers cautioned iPhone and Mac owners to ensure their device’s volume is set to low when using the new personal assistant because Shmuely’s default may be too loud for many consumers (“think a Jewish version of Frank Costanza,” one user said).

The six-part film follows the innovation and success of a Jewish cinematographer during the past two years.

“Throughout the world, synagogues shuttered, Jewish organizations went remote, but one thing continued, and that’s art,” Noa said. “My film honors those who preserved our hearts by saving our souls.”

“Watching” begins with an almost hour-long depiction of the award-winning filmmaker sitting in a darkened movie theater on March 21, 2020.

“Fifty-eight minutes have passed, but I don’t measure time in minutes. That’s 34 shorts the world won’t see,” Noa says in a voiceover.

Later, but still during Part 1 of the spellbinding work, viewers see Noa watching a recording of Noa watching a camera that may have been used during one of Noa’s early documentaries.

“That scene is almost too much to discuss,” Noa said. “Does art mirror life? Tell me, if I swim in the sea of space, are you captaining the dinghy and ordering me to hold my lane as light bends?”

“How do you spell brilliance? N-O-A,” Talore Goldstein said during a recent taping of “British Yiddish, a Hebrew Podcast.”

Ever since Noa’s debut film, “I Am Who I Am But You Are Not Me or Are You?” captivated Jewish film festivals in 2012, Pittsburghers have dreamed of welcoming Noa to town.

With local artists and activists having secured an undisclosed space — but supposedly premier lighting and sound equipment — for a March 16 watch party, there’s hope that Noa may come.

Those optimistic about Noa’s arrival point to 2017, when Noa showed up unannounced at a nondescript movie theater in Alberta, and, in 2019, when Noa was seen at a Target, in Denver, purchasing small concealable snacks prior to the city’s Jewish film festival.

When asked whether Noa will be among those clapping, crying and immediately posting to social media after Pittsburgh’s March 16 “Watching” watch party, the filmmaker offered only the slightest of hints.

“Shall I stay mum or shall I say ‘Pittsburgh, rivers, bridges, Noa,’” Noa said. “You decide.” PJC