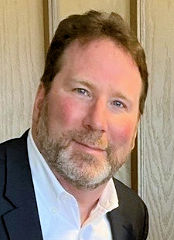 LEVIN: Eric David Levin, 57, of Butler, Pennsylvania, passed away peacefully at 5:05 p.m. on Saturday, July 16, 2022, at his home surrounded by his family. Born Aug. 7, 1964, in Butler, Pennsylvania, he was the son of the late Bernard H. “Bernie” Levin and Marilyn B. Levin. Eric was a 1982 graduate of Butler High School. He then went on to attend Washington & Jefferson University from 1982-1986. During his junior year, he spent a semester at American University. Upon earning his undergraduate degree, Eric attended the Widner University-Delaware Law School from 1986-1989. He proudly practiced law in the Butler community for 30 years. He found gratification helping children and their families for eight years, serving as the Juvenile Court Master. Eric was President of Congregation B’Nai Abraham Synagogue, a member of the Center Township Baseball Association and had sat on the board of directors for Irene Stacy. Like his father and brothers, he was a proud member of the Masonic Lodge and the Shriners. Eric enjoyed bowling, black-jack, and all sports. Above all else, he loved spending his time amongst family and friends, especially his children. Eric is survived by his wife, Michelle (Leff) Levin whom he married on June 2, 1996; his 22 year old triplets: Jordan, Marni and Kayla Levin, his two brothers: Scott Levin and his wife Ronna of Pittsburgh, Pennsylvania and Joseph Levin of Butler, Pennsylvania; his sister-in-law: Jackie Shear and her husband Howard of Pittsburgh, Pennsylvania; his father-in-law Henry Leff of Pittsburgh, Pennsylvania; his nieces: Katy & Erica Levin and Margo Fischgrund and her husband Justin and his nephew: Brad Shear. Eric was a genuine friend to all, with an open and generous heart and a kind word for everyone he met. If he met you one time, you were a friend for life. In addition to his parents, he was preceded in death by his mother-in-law, Harriette Leff. In lieu of flowers, the family has requested memorial donations be made in Eric’s honor to his beloved Congregation B’Nai Abraham, 519 N. Main St. Butler, PA 16001. Online condolences can be given at www.thompson-miller.com.