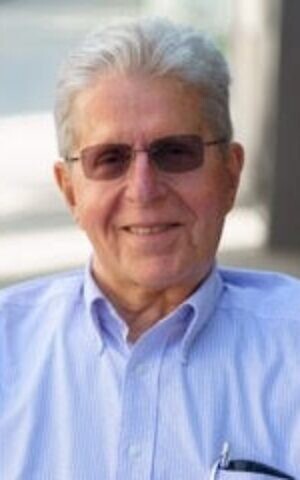 SAMPSON: Dr. Allan Robert Sampson, 75, of Pittsburgh, passed away peacefully on Jan. 30, 2021. He was a beloved son, brother, father, and grandfather. He will be greatly missed by his sons, Michael and Joshua Sampson; daughter-in-law, Leslie Wiggins; grandchildren, Jordan and Talia Sampson; sister, Rhea Sampson; and endless cousins, friends, and colleagues. Preceded in death by his parents, Casper and Frances Sampson, and his sister, Susan Sampson. Allan lived his life with purpose, passion, and intellectual curiosity. Born in New York, he proudly grew up in Winnipeg, before moving to Los Angeles. After graduating from the University of California – Los Angeles and Stanford University, and living in Tallahassee and Chicago, Allan made Pittsburgh his home for more than 40 years. He was the founding chair of, and a professor in, the Department of Statistics at the University of Pittsburgh. Allan was also an active member of Congregation Dor Hadash and the greater Jewish community. In addition, a survivor of childhood polio, Allan was a tireless advocate for handicapped accessibility. He was also a world traveler, an opera and symphony lover, a modern art aficionado, and a die-hard Pitt basketball fan. He believed deeply in the goodness of people, the importance of relationships, and the idea of tzedekah. His warmth, generosity, and humor will be fondly remembered by all who knew him. In lieu of flowers, his family suggests donations be made in his honor to Congregation Dor Hadash, 4905 Fifth Avenue, Pittsburgh, PA 15213, or to the Greater Pittsburgh Community Food Bank, 1 N. Linden Street, Duquesne, PA 15110. Arrangements entrusted to Ralph Schugar Chapel, Inc., family owned and operated. www.schugar.com PJC