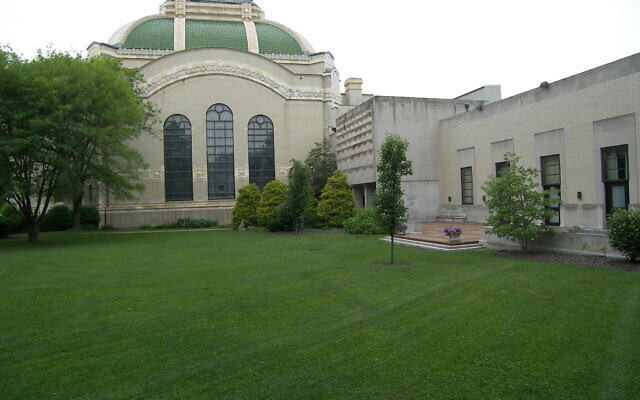 When asked about plans for the High Holidays, most congregational leaders begin their answer the same way: “What we currently have planned is…”

The emphasis on “currently.”

Executive directors, shul presidents and rabbis, cautious of the COVID-19 variants and remembering the nimbleness required at this time last year, acknowledge that plans may need to be changed based on CDC guidelines and recommendations.

The Reform congregation now requires all congregants attending in-person services to wear face mask, and vaccinations are required for all members aged 12 and up, with the exception of those unable to be vaccinated for medical reasons. The congregation is operating on an honors system and is not requiring vaccinated members to register their status. That policy is expected to continue through the High Holidays, Barkley said, but Temple Sinai will finalize its plans by Aug. 16. They will also offer live-streamed services.

It’s not ideal, but “This is where we are today,” Barkley said.

“Things are moving quicker than anyone imagined, though,” Altein said, “so we’ll see over the next month what happens.”
The Orthodox Shaare Torah Congregation in Squirrel Hill is planning for a “normal” High Holiday season, according to its president, Jonathan Young.

“That probably means masks,” he said, “but at least, as of today, we’re planning for what used to be typical High Holiday services.”

Shadyside Reform congregation Rodef Shalom’s services will be held indoors mostly, according to its president, Matthew Falcone, although there will likely be some outdoor options, such as in its Biblical Botanical Garden. The synagogue, Falcone said, features a large main sanctuary with good airflow.

“We’re very fortunate, not a lot has changed in our planning,” he said.

Like Temple Sinai, Rodef Shalom is planning for a hybrid High Holiday celebration that will include streaming services on YouTube.

The biggest change for Rodef Shalom is that it will not require tickets so as to avoid having to refund their cost if CDC guidelines foreclose in-person services, Falcone said. Instead, the congregation has extended invitations to the wider community to attend its services; anyone interested just needs to call for details and preregister.

“We’ve had a lot of people join us over Zoom who now feel like they’re part of the congregation even though they haven’t had the opportunity to worship with us in person,” Falcone said. “So we wanted to figure out how we could accommodate everyone.”

Conservative Congregation Beth Shalom will also offer services both in person and online. All attendees over 12, except for children 2 and under, are required to be vaccinated and wear masks to attend in person. Children under 12 who can’t be vaccinated must wear a mask, said the congregation’s president, Alan Kopolow. Members will be required to prove their vaccination status before attending.

One event already planned by the rabbi is a “Pre-Rosh Hashanah Family Fun Day” on Aug. 29, featuring food, events and crafts in Magee Park.

A Torah completion celebration on the same day will begin the High Holiday celebrations at Chabad Jewish Center of Monroeville. That event will take place in a tent outdoors.

“This is an opportunity for everyone to feel safe and comfortable,” said Rabbi Mendy Schapiro of Chabad of Monroeville. The tent will also be used for an outdoor Rosh Hashanah dinner. Those interested in attending must register in advance so the rabbi can be certain he has enough space.

“We’ll see what the next couple of weeks bring,” the rabbi said, echoing the concerns of other area congregational leaders.

Temple David, a Reform congregation in Monroeville, is also planning to hold in-person services, according to Randy Boswell, the congregation’s ritual chairperson. All attendees are encouraged to wear masks and practice social distancing, especially those who are unvaccinated, Boswell said, acknowledging that not everyone — including children under 12 — are eligible for the vaccine.

“We don’t want to discourage kids from coming, but we do have to practice some precautions,” he said.

“We’re proceeding like it’s the beginning of June or mid-June, that everything’s opened back up, but we’re cognizant of the fact that there are some problems coming,” he said.

Temple Emanuel of South Hills will follow the same procedure for the High Holidays it has followed since it welcomed members back in person several months ago. Attendees will be required to wear masks and the congregation will offer a virtual option for those who prefer to worship from home, according to Leslie Hoffman, the congregation’s executive director.

However, the two services will be “very different,” according to Rabbi Aaron Meyer, spiritual leader of Temple Emanuel.

“We want to craft an experience for both, rather than attempt to play to an in-person group and a livestream group and miss both,” he said. “The livestream experience is made for the media” and will be shorter, while “the in-person service will feel more familiar.”

Services at Chabad of the South Hills will be mostly in person and indoors, but there will be outdoor options, possibly including the blowing of the shofar at various South Hills locations, according to Rabbi Mendel Rosenblum.

And while Rosh Hashanah plans are set, he said it’s too early to commit to a plan for Yom Kippur.

“I’m aware of what’s happening,” Rosenblum said. “We really don’t know what the response is yet.”

Members of the Reform Temple Ohav Shalom in Allison Park will be required to wear masks, have proof of vaccination and register in advance to attend High Holiday services in person, according to the congregation’s president, Yuval Kossovsky. The strict requirements, he said, are an unfortunate byproduct of COVID’s recent surge.

“You can say we have individual liberty, [but] unfortunately, the reality is the way a virus works is it either replicates or evolves, unless it doesn’t have enough hosts,” Kossovsky said. “So, we insist on vaccinations because it isn’t just about us, it’s about the community.”

While everyone’s plans may change based on COVID-19 variants and CDC guidelines, there are two things one can expect: High Holiday services will be offered for Pittsburgh’s Jews in some form or another, and somewhere in the city, at least one rabbi’s sermon will be titled “People plan. God laughs.” PJC