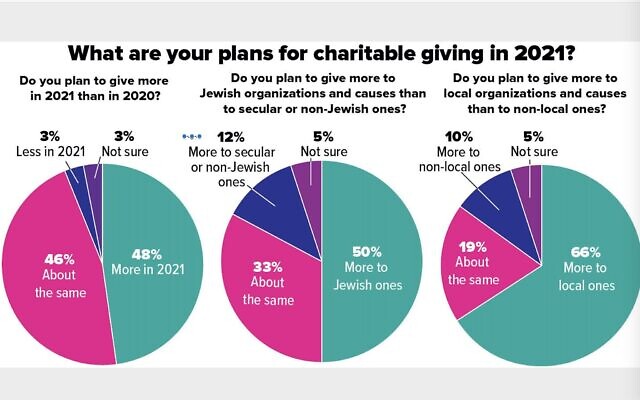 Part of the year’s donations come out of current income, but, since I saved up enough to open a charitable fund at the Pittsburgh Foundation, that too produces money for grants on an annual basis. The Foundation has a long and favorable history, and the staff are helpful in identifying organizations doing good work.

I give to charities all year, not just in December.

Make your giving meaningful to yourself. I once heard someone suggest that we should give until it stings a little bit. I think there is no better time to do so.

We were very active on Giving Tuesday.

I have given above and beyond this year. Next year I will give to those I did not give to this year.

Retired, helping adult child with epilepsy, hoping to get by.

I give a small amount to some worthy charity every weekday. So for me it is not about tax planning.

I pay all charitable donations in December even though I receive requests all year, to avoid paying two or three times by mistake.

Why are you asking about 2021? 2021 is already finishing. Whatever you want to give in that year should already be given. Now it’s time to finish up and think ahead. Did we do enough? How much more will/can I do in the coming year?

We gave more this year due to the stimulus checks we got.

I am a senior on a fixed income, and actually have been struggling a bit more than I expected. However, I always send some amount of money to various causes that I believe in and appreciate. I wish I could give more, but I suppose every little bit can add up for these organizations. I will do without something, so others can have the minimal.

We try to follow Jewish tradition in our tzedakah, as in other aspects of our lives. So, we support our shul and local Jewish community first and foremost. That said, in response to pressing issues, this year we’ve given to organizations supporting refugees and reproductive rights somewhat more than usual. PJC