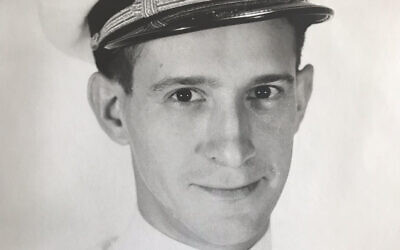 MILLER: Bernard “Bernie” Miller: Peacefully on Sunday, June 28, 2020. Beloved husband of 60 years to Ravenna (Palkovitz) Miller. Son of the late David and Katie Miller. Brother of Ethel (Sol) Jarmell. Loving father of Aimee (Marty Gass) Miller and Jeff Miller. Proud Grandpa of Jordan Harper and Julian Alexander Gass who brought him much joy in his later years. Also survived by numerous nieces, nephews, great-nieces and nephews and great-great-nieces and nephews. Mr. Miller graduated from Peabody High School then Tufts University as a Mechanical Engineer. He served two tours of duty as a lieutenant in the Navy during WW II and the Korean War. He earned his Master’s degree at Carnegie Mellon University while working for Westinghouse Electric Corporation where he designed and patented the portable x-ray machine used in hospitals. He served as a liaison to the CMU Robotics Program. In addition, he had many interests including antique cars and music ranging from classical to the Beatles. He was also a collector of many things and an avid reader. Even after losing his sight, he continued to enjoy books on tape. Bernie will be most remembered for his devotion to family, his generosity, his gentle disposition, kind heart, dry humor and corny “dad” jokes. The family wishes to say a special thanks to UPMC Heritage Place for taking such good care of him during his last months. Services and Interment Private. Contributions may be made to the Bernard & Ravenna Palkovitz Miller Scholarship Fund at the Jewish Federation of Pittsburgh, 2000 Technology Drive, Pittsburgh, PA 15219 or any charity of choice. Arrangements entrusted to Ralph Schugar Chapel, Inc., family owned and operated.www.schugar.com