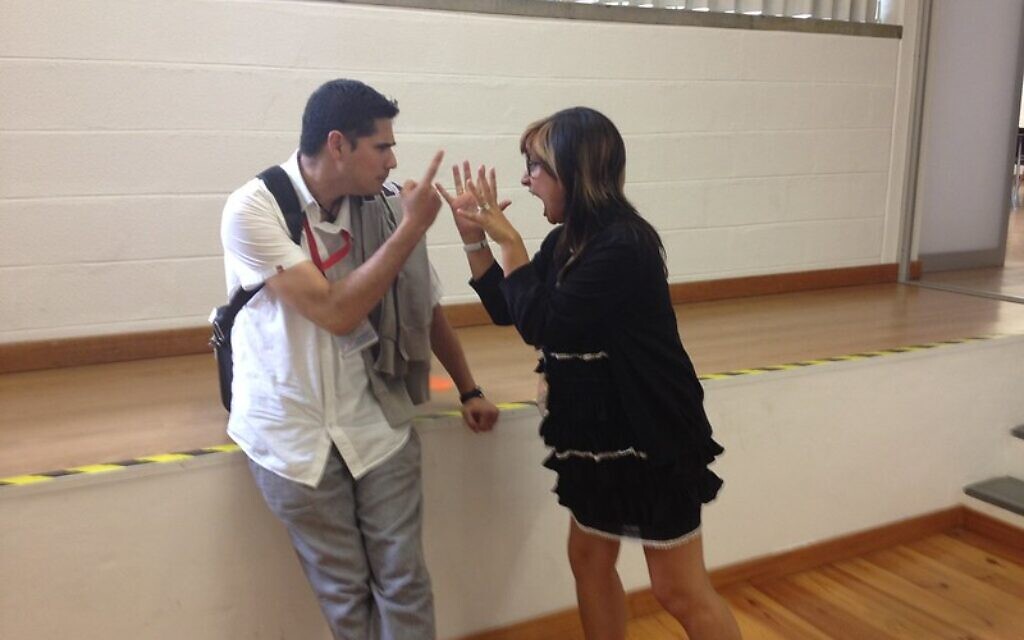 There’s an enormous difference between an argument and an attack. Calling someone a liar or a traitor is not an argument; it’s an attack. If you marshal facts and reason to make your case, that’s an argument.

Have you noticed how so many arguments these days quickly unravel into nasty fights?

OK, be honest: When you get an email, what kind of “information” gets your adrenaline pumping — a personal attack on someone or a reasoned argument about a serious issue? For most people, the personal attack, like juicy gossip, is simply irresistible. It’s like watching the aftermath of a car wreck or seeing someone being arrested—there’s a weird thrill in witnessing trouble of any kind.

In the same way that popcorn tastes better than Brussels sprouts, it’s a bigger thrill to see a fight than a civil debate. It appeals to our primal appetites.

As much as the Jewish tradition values reasoned argument, in the hard reality of communal life that tradition often succumbs to the thrill of the fight. I see it all the time. When people are outraged, they’re more inclined to take the gloves off than to think in Talmudic ways.

That is the curse of righteousness — it can bring out the worst in us. It can even make us forget who we are.
But, you ask, when the stakes are so high, and if your opponents are so wrong and you must teach them a lesson, why not attack them if you think you’re right?

People who attack others — publicly, anonymously or otherwise — don’t enlighten but offer cheap thrills that spread gossip and division and leave everyone feeling empty and dirty.

Try listening to some juicy gossip at a Shabbat table, or at any moment. It might give us a quick sugar high, but when we put down others to elevate ourselves, all we feel is emptiness.

One of my favorite Jewish teachings is the idea of transcending our appetites. We’re not supposed to settle for quick hits and cheap thrills. Our tradition encourages us to be thoughtful at all times, even when (especially when!) our passions are inflamed.

Perhaps the biggest obstacle to civil dialogue is when people are hypnotized by a cause. If you despise Donald Trump, if you think the Iran nuclear deal is an existential threat, if you feel violated by vaccine mandates, and on and on, you’re vulnerable to the curse of being right.

The antidote to that curse is the blessing of curiosity. Open any page of Talmud and you’ll see the glorious offshoots of curiosity — careful listening, knowledgeable arguments, delightful complexity and a relentless commitment to civility.

It’s not a coincidence that in determining Jewish law, our Sages took the side of the Hillel school over the uncompromising school of Shammai. As the Talmud explains in Tractate Eruvim: “On what basis did the School of Hillel merit that the law should be determined in accordance with its positions? Because they were gentle and kind, and they studied their own rulings plus those of Shammai. They were even so humble as to place the words of Shammai before their own.”

There are more than five centuries of civil, complex debate gathered in our Talmud. Those 40 volumes are as much a Jewish treasure as the Five Books of Moses, because they bring the Torah into our everyday lives and help us refine our characters. Of course, our Sages had a big advantage over us: They weren’t distracted by smartphones, email and social media, so it was much easier for them to dig deep and be thoughtful.

Today we must make a greater effort.

I can’t think of a better Chanukah gift than to spread the light of civility. Whether it’s in our personal or communal relations, let us not succumb to the curse of being right. Let us instead do the hard work of seeking knowledge, valuing complexity and arguing with decency.

If you disagree, I’m open to a reasoned argument. I’ve learned over the years to love Brussels sprouts. I hear they’re really good for you.

David Suissa is editor-in-chief and publisher of Tribe Media Corp, and Jewish Journal. He can be reached at davids@jewishjournal.com. This article was first published by the Jewish Journal and republished by JNS.