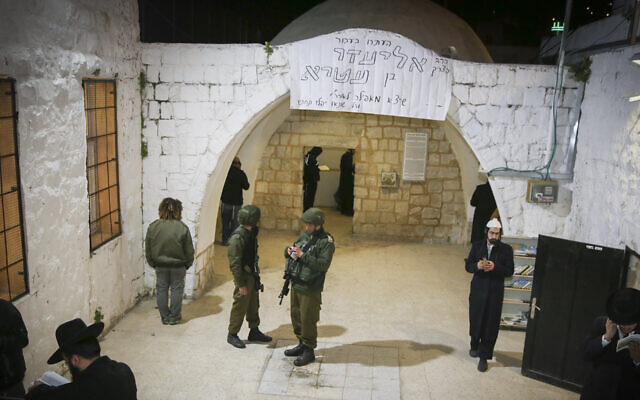 (JTA) — Two Hasidic Jews were shot and wounded on Monday while trying to visit Joseph’s Tomb, a shrine in the West Bank city of Nablus believed by some to be the burial site of Joseph, the son of the biblical patriarch Jacob.

The two men did not coordinate their visit with Israel’s army, which typically escorts groups to the site a few times a year, according to Israeli media.

The shooting came one day after the shrine became the site of a riot when a group of about 100 Palestinians vandalized the site and set parts of the shrine on fire. The shrine, which is also considered to be holy by Muslim and Christian worshippers, has been the site of clashes between Israelis and Palestinians several times in recent years.

Israel is currently experiencing a wave of violence ahead of the convergence of the holidays of Ramadan, Passover and Easter next week. Three Israelis were killed by a gunman in Tel Aviv Thursday and terrorists, some identified with the Islamic State group, killed 11 people within Israel’s 1967 borders over the course of a week last month.

Israeli Prime Minister Naftali Bennett condemned the vandalism in Nablus at a government meeting Sunday and said he was “shocked” by photos of the damage.

“During the night Palestinians destroyed Joseph’s Tomb. Dozens of Palestinian rioters in a campaign of destruction simply violated a holy place for us, the Jews,” Bennett said, according to The Times of Israel.