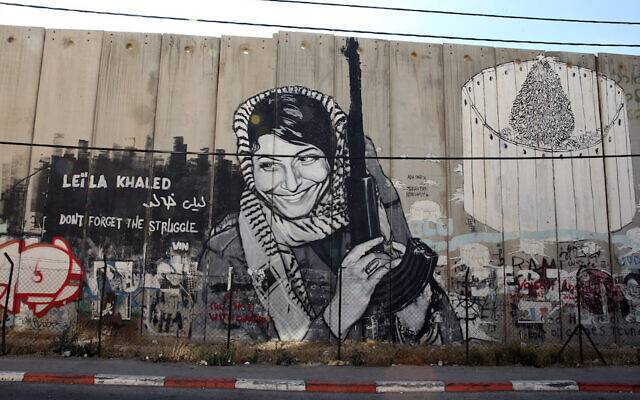 (JTA) — Zoom said it will not allow its service to host a virtual roundtable discussion organized by San Francisco State University featuring a Palestinian hijacker.

The videoconferencing company made its announcement on Tuesday evening, less than a day before the scheduled program on “Teaching Palestine.” The discussion is titled “Whose Narratives? Gender, Justice, & Resistance: A conversation with Leila Khaled.” She is billed as a Palestinian feminist, militant and leader.

“Zoom is committed to supporting the open exchange of ideas and conversations, subject to certain limitations contained in our Terms of Service, including those related to user compliance with applicable U.S. export control, sanctions, and anti-terrorism laws,” the company said in a statement sent to The Lawfare Project, which had urged the university to cancel the event since Khaled is a member of a U.S.-designated terrorist organization, the Popular Front for the Liberation of Palestine.

“In light of the speaker’s reported affiliation or membership in a U.S. designated foreign terrorist organization, and SFSU’s inability to confirm otherwise, we determined the meeting is in violation of Zoom’s Terms of Service and told SFSU they may not use Zoom for this particular event.”

Khaled was part of a team that hijacked TWA Flight 840 on its way from Rome to Tel Aviv in August 1969. A year later she participated in the attempted hijacking of an El Al flight from Amsterdam to New York City as part of a series of simultaneous hijackings carried out by the Popular Front for the Liberation of Palestine.

Khaled was arrested in London, where the pilot diverted the plane, and later released in exchange for hostages from another hijacking. She lives in Amman, Jordan.

The university’s Department of Arab and Muslim Ethnicities and Diasporas Studies, which organized the event, said on social media that it plans to go ahead with the program.

“Zoom has threatened to cancel this webinar and silence Palestinian narratives,” it said. “We expect SFSU/CSU to uphold our freedom of speech and academic freedom by providing an alternative venue to this open classroom.”

The Lawfare Project acknowledged the #EndJewHatred movement in a statement and also said, “Today, we see the power of minority communities standing together.” PJC