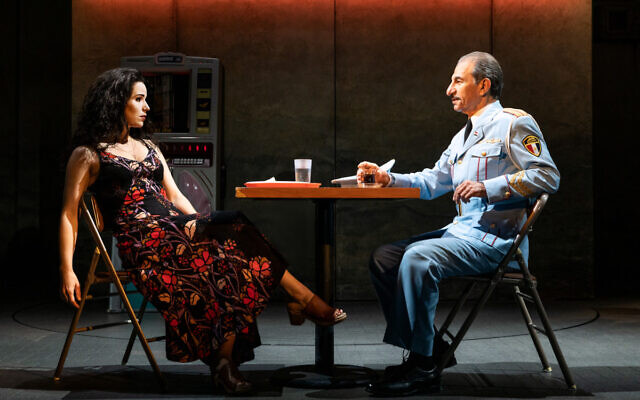 The Pittsburgh Cultural Trust has announced that “The Band’s Visit”— a musical set in an Israeli village that won10 Tony Awards — will be the first show produced in the PNC Broadway in Pittsburgh series, opening in October 2021.

“The Band’s Visit” was forced to close halfway through its 2020 Pittsburgh run due to the pandemic.

The show is centered on a group of Egyptian musicians scheduled to perform a concert in an Arab cultural center in Petah Tikva, Israel, but instead mistakenly ends up in a tiny Jewish town called Bet Hatikva. It was adapted from a 2007 Israeli film by Eran Kolirin.

“There is a poetry to starting where we left off, particularly given how this production rejoices in the way music makes us laugh, makes us cry, and ultimately, brings us together,” said Marc Fleming, vice president of marketing, communications and Broadway programming for the Pittsburgh Cultural Trust, in a prepared statement. “More than half of the audience members who purchased tickets were unable to attend the show in 2020 due to the shutdown and we couldn’t be more excited to bring the show back to complete its run and raise the curtain again for Broadway in the Cultural District.”

The shows that will be presented in the new 2021-2022 PNC Broadway in Pittsburgh season are:

Season tickets are on sale at TrustArts.org/Broadway. PJC