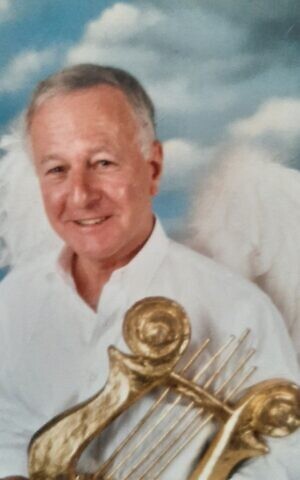 LAMPL: Richard “Dick” Lampl passed away Tuesday, Aug. 24, 2021, in Boca Raton, Florida, with his wife of 15 years, Elaine Azen-Lampl, at his side. Dick died of natural causes. He was predeceased by his father, Oscar Lampl, his mother, Rose Stein Lampl, his identical twin brother, Jack, and his first wife, Mary Ann Herron Lampl.
Dick, a first generation American, was born Oct. 17, 1929. He was a lifelong Pittsburgh resident. He attended Taylor Allderdice High School, graduating at the end of World War II. He and his twin brother, Jack, served in the National Guard between World War II and the Korean War. Dick attended Carnegie Tech, where he met his wife, Mary Ann Herron Lampl. They had five children: Robert O (Leslie, deceased 2000; Jeannine), Thomas “Tommy” (Lisa), Patricia “Patti” (Gary Holupka), Joan “Joni” (Lloyd Seiavitch, deceased 2018; Mike Roche), Edward “Ed” (Valerie Matteo), and a few dozen grandchildren, step-grandchildren and great-grandchildren.
Early in his career, Dick, his twin brother, Jack, and his widowed mother, Rose (“Ma”), built a significant construction business. Dick went on to run various businesses, including a coal stripping operation and a railway repair company. He became the director of the Engineer’s Society of Pittsburgh, building it into the esteemed organization it is today. Following those many careers, Dick and his daughter Joni became partners in a successful management recruiting business in Sewickley. Dick was the unofficial welcoming committee and “mayor” of Sewickley, being a well-known character in that area. Sometime after the death of his wife Mary Ann Herron Lampl, Dick married Elaine Azen. They moved to Boca Raton for the last two years.
Dick was a force of nature and left a lasting impression on people. Dick was an avid skier well into his 80s and enjoyed jaunts to Kennywood, Sandcastle, Ohiopyle and Steeler games with his children, grandchildren, and great-grandchildren. He grew up in an era of grit and toughness. He was a child of the American dream, which he wholly embraced, and was known for his welcoming and charming personality. He was a formidable adversary and a devoted and loyal friend. Dick lived by a strict code of values while embracing people of all stripes, but also took pride in being a “Hunkie.” Dick will be missed by all. The family will hold a private celebration of Dick’s life. PJC