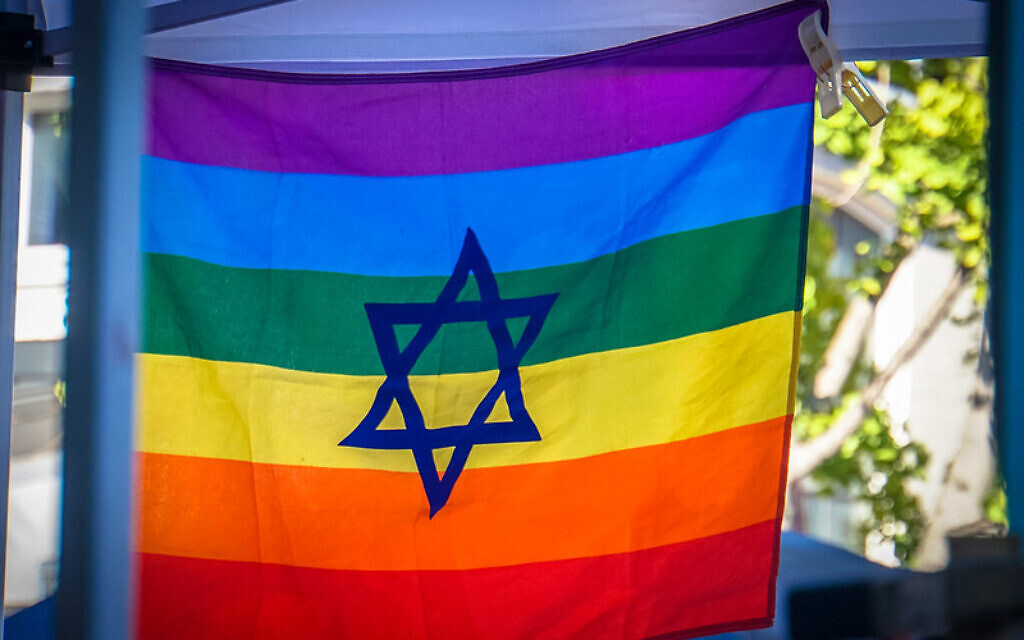 This is an exceptional Pride Month for me as I became the first openly queer president of Rodef Shalom Congregation. In the world of Pittsburgh Reform Judaism, I think this announcement was received as relatively uneventful news — partly, I believe, due to timing.

Beth Chayim Chadashim (the world’s first explicitly gay- and lesbian-centered synagogue in West Los Angeles) was founded in 1972, a decade before I was born. While I was still in grade school, URJ (Union of Reform Judaism) and the CCAR (Central Conference of American Rabbis) declared that gay Jews were full and equal members of the religious community.

By the time I came to Judaism, the Women of Reform Judaism were actively advocating for LGBT equality within the faith and the CCAR had joined a lawsuit challenging North Carolina’s ban on same-sex marriage. At that time, not all branches of Judaism were nearly as supportive or outspoken, which made Reform Judaism, for me, the obvious choice. In late 2010, my husband and I tied the knot at Sixth & I Synagogue in Washington, D.C. (with a Reform rabbi presiding), under a chuppah adorned with six stars, one for each state where marriage equality was legal.

What initially brought us into Rodef Shalom’s building, though, admittedly was not Reform worship, but rather a desire to connect with other members of the Jewish LGBTQ+ community. Pittsburgh was to us a new city and Bet Tikvah (a queer-centric minyan) and OUTrageous Bingo — both located in Rodef Shalom’s building — were familiar features, similar to endeavors we actively engaged in in D.C. One of the members of Bet Tikvah introduced me to High Holiday services at Rodef Shalom and, well, the rest is history.

The more I came to know Rodef Shalom’s history, the more its narrative resonated with me because it so closely paralleled queer historical narratives with which I was more intimately familiar. To boil each down to their most common elements: A group of folks not fully able to participate in larger society spend a tremendous amount of effort making gradual progress over decades, and generations, until the very fabric of society in which they want to participate changes so that they are included.

At Rodef Shalom, the rabbis and congregants were successful in fighting for legal and social equality, and, in the process, quite literally redefined what Judaism is. In what must have taken a tremendous amount of chutzpah, they firmly broke with Orthodox Judaism and pursued a new path, which culminated in the Pittsburgh Platform of 1885. In no small part, these are the people who made it possible for me (a convert) to not only be a practicing Jew, but for my family to exist as it does today. Because of them, being Jewish was a religious decision and not just being part of a “nation” (a term present in the Pittsburgh Platform that today we might define as ethnicity). This made conversion infinitely more accessible and being Jewish in America for many became an act of identifying oneself. In LGBTQ+ communities today, the idea of self-identification plays an important role.

I know this is by no means a common interpretation of the events that transpired in and around the Pittsburgh Platform and the evolution of Reform Judaism, but we all tend to look at the forces that influence our lives through our own, unique lenses. Making these connections are even more personally important, as the historical record at Rodef Shalom Congregation is unfortunately opaque when it comes to LGBTQ+ individuals in leadership positions. But like for all things, there is a time for change. And for us, June has historically been a month filled with change. Happy Pride! PJC

Matthew Falcone is president of Rodef Shalom Congregation. He lives on the North Side with his husband and two children.