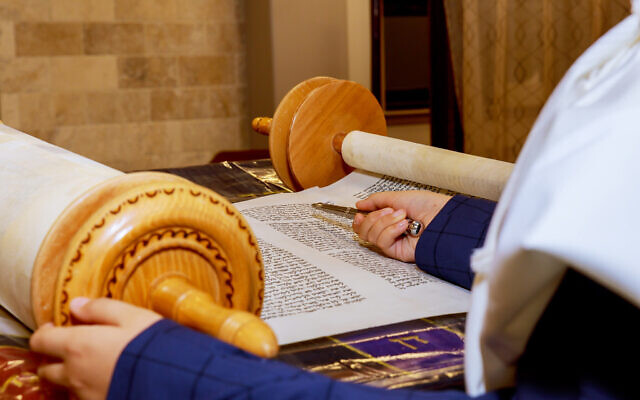 After a nearly two-year hiatus, the Pittsburgh Partnership Minyan returns this weekend to Squirrel Hill.

Co-organizer Beth Kissileff said the outdoor lay-led Shabbat service is slated to meet four-to-six times per year and will serve those who are “Orthodox and want greater women’s participation within the service,” or “people who are coming from a more egalitarian side and want something more traditional.”

The service, Kissileff explained, will follow guidelines set by the Jewish Orthodox Feminist Alliance: 10 men must participate; a mechitzah (divider) must be used to separate women and men during prayer; and traditional liturgy must be followed.

Partnership minyans, according to JOFA, are prayer groups “committed to maintaining halachic standards and practices while including women in ritual leadership roles to the fullest extent possible within the boundaries of Jewish Law.”

Though relatively new to Pittsburgh, the history of partnership minyanim dates back nearly 50 years. According to the Jewish Women’s Archive, the 1970s American feminist movement inspired Orthodox Jewish women to begin organizing women’s prayer groups. In the following decades, interest spread across the East Coast and into the Midwest — with backlash from Orthodox leaders bringing the prayer groups increased attention. In 2002, Orthodox feminists in both New York and Jerusalem organized the first official partnership minyanim. Those services resembled those in other Orthodox settings, save certain differences: Partnership minyanim enabled women to lead liturgical portions of the prayers, including Kabbalat Shabbat, Pesukei D’zimra, An’im Zemirot and Aleinu.

In Pittsburgh, a partnership minyan was formed in 2014. Along with meeting on Shabbat, members of the group also gathered to celebrate Chanukah, Purim and Rosh Chodesh.

Squirrel Hill resident Barb Feige was active in the group before it was disbanded in 2019.

“What I really enjoyed about it was women’s voices,” and the fact that the partnership minyan was a space for communal representation, Feige said.

“It was important for kids to see women in those positions and doing those ritual aspects,” she said. “I know a lot of girls who got turned off at 12 or 13 because there was nothing else for them to do. One of our audacious goals was to train up more women or girls to lead services or lain (read Torah) — because they don’t teach girls like they do boys in the Orthodox community.” 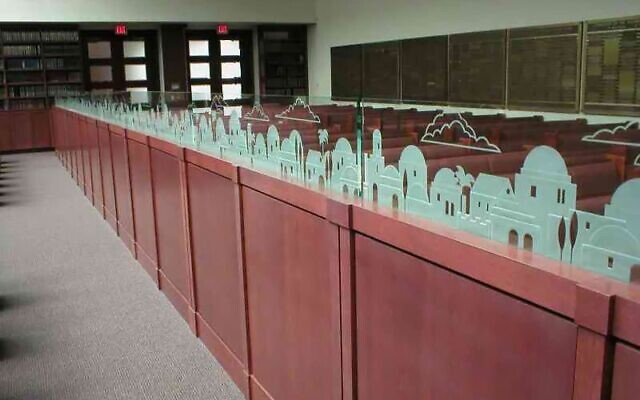 Photo by Toksook at the English-language Wikipedia, CC BY-SA 3.0

For nearly five years, Feige supported the Pittsburgh Partnership Minyan. She and her husband, Sandy Riemer, constantly “schlepped” prayer books and the mechitza between storage and service sites — in 2015, the Jewish Community Center of Greater Pittsburgh offered a room in its Squirrel Hill branch free of charge to the group, while Young Peoples Synagogue lent them a Torah.

Over time, however, interest in the minyan faded.

“We couldn’t get enough people to participate,” Feige said.

For any minyan to succeed, there needs to be dedicated individuals who not only commit to handling the logistics, but to showing up on time.

Feige wonders if there is enough interest now to make it work. She said she knows the community supports the idea of a partnership minyan, but isn’t sure there are enough people to actually carry it out.

Kissileff is optimistic and believes a restarted partnership minyan can be a “safe outdoor community event” where people sing, pray and interact together. Even so, she is aware of potential conflicts. As the wife of a pulpit rabbi — Kissileff’s husband is New Light Congregation’s Rabbi Jonathan Perlman — she is sensitive to those who might say a partnership minyan is pulling people away from other spaces.

“We’re very supportive of synagogues and the larger Jewish community,” Kissileff said. “We only plan on meeting four-to-six times a year. And we’re not planning on having life cycle events.”

Feige said leaders of the previous iteration of the partnership minyan were careful about drawing people away from established congregations.

“I know that there were folks who were not happy with us because they thought that we were going to be stealing members from other shuls, but we made a point of saying there is no membership here and people should still have a home shul if they have one,” Feige said.

The hope, Kissileff said, is people see this as “another group to pray with” a few times throughout the year.

The last time Pittsburgh Partnership Minyan met — apart from a pop-up service held in January 2020 to celebrate the aufruf of Julie Weinrach and Eric Lidji — was 2019. Bringing it back now said Kissileff, is “a way to bring people together, and worship and hear divrei Torah, and form a different kind of community.”

Anyone interested in learning more about the service can message Pittsburgh Partnership Minyan on Facebook or email pghpartnersminyan@gmail.com. PJC