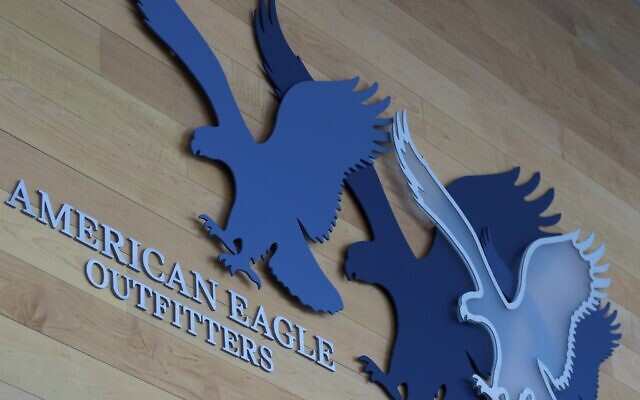 Stop Antisemitism, a nonprofit watchdog group, has recognized Pittsburgh-based American Eagle Outfitters as one of the top 25 national corporations for its response to antisemitism.

In a report issued last month by the organization, American Eagle Outfitters and L’Oréal were the only corporations to receive an “A” rating. Those that received notably lower scores include Google and Unilever, which each received an “F” rating. Microsoft and Amazon each received a “D” rating and Apple and Nike each received a “C.”

She noted that the corporation provides associates with opportunities to develop meaningful and educational bonds through its Network and Connection groups, such as its REAL Jewish Connection group, created to provide an opportunity for employees “to celebrate the Jewish culture through education and recognition of holiday rituals throughout the year,” according to the American Eagle website.

Caren Ieraci helped establish the REAL Jewish Connection group in August 2020 so associates could share traditions. And since its founding, the group has joined together to dip apples in honey for Rosh Hashanah, spin dreidels for Hanukkah and commemorate International Holocaust Remembrance Day. 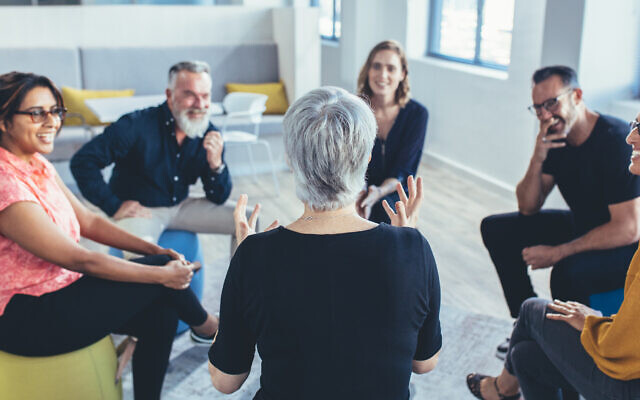 Photo by jacoblund via iStock

Siegal agreed, noting that not only was the REAL Jewish Connection group established to “strengthen associate connection and engagement at American Eagle,” but it’s also “influencing business decisions.”

For example, Siegal said, members of American Eagle and Aerie’s (a sub-brand owned by American Eagle) product design teams asked members of the REAL Jewish Connection group to review the holiday gift giving guide last year to ensure the collections were both inclusive and representative of different cultures.

That effort, Siegal said, “demonstrates our core value of teamwork and just how important American Eagle’s Networks and Connections have become in contributing to our diverse culture, which provides opportunities for our associates to learn and grow.”

Ieraci said she appreciates having a sense of community at work, as the REAL Jewish Connection group both allows associates to mark observances with fellow Jewish team members, and provides an avenue to introduce non-Jewish colleagues to Jewish cultural practices. Associates of all backgrounds, she said, can gain a “deeper understanding of what makes us all unique.”

Such awareness is critical, Siegal said, citing American Eagle’s various inclusion and diversity initiatives, including a $5 million scholarship for full- and part-time associates who are “actively driving anti-racism, equality and social justice initiatives.”

“Together, we are making real — and lasting — change to build an even stronger, more diverse workplace that provides opportunities for our associates to continue to develop and grow within our AEO family,” he said in a prepared statement. PJC