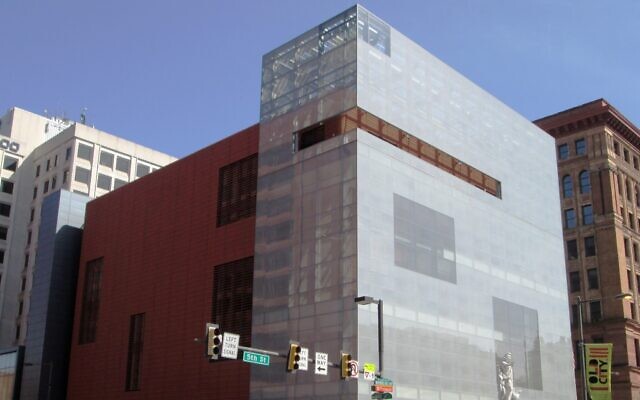 After filing for Chapter 11 in March 2020, the National Museum of American Jewish History in Philadelphia emerged from bankruptcy on Sept. 17.

NMAJH’s exit from bankruptcy largely stems from a $10 million commitment from former longtime trustee Mitchell Morgan, who bought the museum’s building and is loaning it back to the museum for $1,000 a month.

Individual bondholders, many of whom are on the museum’s board, such as Chairperson Phil Darivoff, also agreed to collectively forgive $14 million of the museum’s debt.

“Our family believes there’s a responsibility — both locally and globally — for the community to step up for vital institutions like the National Museum of American Jewish History,” Morgan wrote in a statement.

NMAJH filed for bankruptcy on March 1, 2020, as it was unable to pay off the $30 million of debt remaining from the $150 million construction of its building on Independence Mall.

Darivoff saw the need to reorganize as a surgery: something the board was reluctant to do but was necessary for the health and future of the museum. Still, it presented challenges.

“There were two major forces that this debt burden placed on us,” Darivoff said. “It made us unattractive to donors, and it made it really difficult for us to operate, because we had to come up with a million-and-a-half dollars of cash every year to service the debt.”

That sum was 20% of the museum’s annual budget.

The pandemic furthered the museum’s financial struggles. Two weeks after reorganizing, the museum shut down all in-person operations. It was unable to apply for federal Paycheck Protection Program loans for its employees after filing for bankruptcy and, as a result, downsized its full-time staff from 34 to 12.

Despite the museum’s closing and its diminished staff, NMAJH’s online programming remained robust during the pandemic, attracting 4 million people to online programs and fundraisers. The museum also expanded its partnerships, working with 20 different organizations to develop online programming.

Programs included online exhibits on Jewish soldiers in World War II and the prevalence of tuberculosis in American-Jewish communities, as well as a klezmer concert.

Due to the continued pandemic restrictions, the museum is still closed to the public, but is looking to expand its audience and try a couple different business models.

“Now that we’re debt-free, we’re in a very different scenario,” NMAJH CEO Misha Galperin said. “Hopefully with the pandemic being controlled at some point in the near future, it will be a whole different story.”

NMAJH is working on a 3-D digitization of its permanent exhibits through the financial support of George Blumenthal, who previously supported some of its online exhibits.

Galperin believes the technology will help make the museum more accessible, working toward NMAJH’s goal of expanding its audience. It will be a much more interactive experience than previous online exhibits.

“It’s difficult to really feel like you’re in the museum when you can’t interact with the objects in a way that you want to,” said Hannah Deoliveira, a summer intern from the University of Pennsylvania. “You can’t zoom in or you can’t look at the different description lines and credit lines.”

Even with the advanced technology of the digitized exhibits, Darivoff believes the online experience is incomparable to an in-person one.

“We can read about the Kotel, but until you are standing at the Kotel, you do not understand its majesty,” Darivoff said. “Museums offer this physical presence with artifacts in history that I think is deeply meaningful to people.”

Because of that belief, NMAJH wants to translate its large virtual audience to a large in-person one by merging with the Smithsonian Institution.

NMAJH’s inclusion in the Smithsonian’s system would provide necessary branding for NMAJH to attract a national audience.

“We have an extraordinary, huge collection of over 30,000 objects of Jewish Americana, so by becoming part of the national system, we’ll be able to tell the story of American Jews in this country to Jews and to people of different backgrounds,” Galperin said.

The museum experimented with free admission in summer 2019, sponsored by a group of donors. NMAJH’s attendance quadrupled.

There is already large bipartisan support for NMAJH’s inclusion in the Smithsonian, with 38 members of the House of Representatives and 23 senators supporting merger legislation.

In the coming months, board members from the Smithsonian and NMAJH, as well as members of Congress, will meet to discuss the details of NMAJH’s inclusion in the institution.

“If we are to fulfill our dual mission of inspiring American Jews and educating and inspiring non-Jewish Americans, the Smithsonian is central to fulfilling that mission,” Darivoff said. PJC