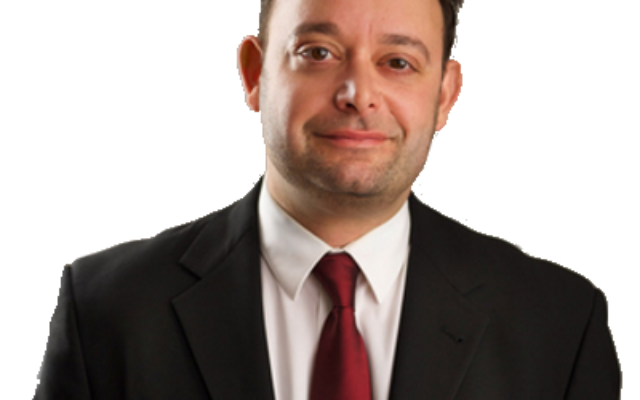 The U.S. Department of Veterans Affairs (VA) recently agreed to the removal of a small number of headstones in U.S. military cemeteries that were engraved with the Nazi swastika and the Iron Cross.

The stones marked the graves of captive German soldiers who were interred at two cemeteries in this country after World War II — Fort Sam Houston National Cemetery in Texas and Fort Douglas Post Cemetery in Utah. In addition to the offending symbols, their headstones also carried the following inscription: “He died far from his home for the Führer, people and fatherland.”

One might have assumed that, given their content, removing the headstones would not have been an issue for the VA. In fact, the department’s first response was to insist that they remain in place. In a mid-May letter to the Military Religious Freedom Foundation (MRFF), an advocacy group that brought the headstones’ existence to light, the VA argued that it had a “duty” to preserve the markers.

But then several members of Congress objected to the presence of the headstones, leading the department to reverse its initial decision. It was “understandably upsetting to our veterans and their families to see Nazi inscriptions near those who gave their lives for this nation,” VA Secretary Robert Wilkie acknowledged at the beginning of June. “That’s why VA will initiate the process required to replace these POW headstones.”

Not surprisingly, amid the ongoing coronavirus pandemic and the Black Lives Matter protests sparked by the police murder of George Floyd in Minneapolis, the Nazi graves spat at the VA didn’t receive much media airplay. Still, the issues raised by this episode, along with its outcome, are relevant to the ongoing national clash over the continued presence of Confederate statues and war memorials in U.S. cities.

The last time that the visual baggage of the Confederacy animated the country to this extent was in 2017, with the violent white-supremacist show of force in Charlottesville, Virginia. Back then, as now, U.S. President Donald Trump made no secret of where he stood, using his Twitter feed to decry “the removal of our beautiful statues and monuments” and asking rhetorically, “Robert E Lee, Stonewall Jackson — who’s next, Washington, Jefferson?”

Trump made the same point in similar fashion amid the latest round of protests against racism, which have included widespread demands for the renaming of U.S. military bases named in honor of Confederate commanders. “These Monumental and very Powerful Bases have become part of a Great American Heritage, and a history of Winning, Victory, and Freedom,” he tweeted — again, glibly subsuming the secessionist, slave-owning Confederacy within the broad, triumphant sweep of American history.

This is a deeply suspect line of argument, and the episode over the presence of Nazi headstones in our military cemeteries helps explain why.

In that example, what was being objected to was not the physical remains of the German POWs, but the horrendous manner in which that presence was acknowledged. Some neutral inscription on the headstones would have been respectful and civilized, and a far cry from the encomium to Hitler that ended up on them. With the removal of the headstones, an unseemly wrong — the presence of the symbols of a mortal enemy in the very locations where American veterans are buried — has been righted. And I would argue that the same moral logic applied here should apply to the Confederate memorabilia around us.

Now, you might object that one cannot in decency compare the officers and soldiers of the Confederacy with the external enemy that was Nazi Germany. After all, many leading Confederates, including Braxton Bragg, for whom the famous base in North Carolina is named, and Jefferson Davis, the president of the Confederacy, were honored veterans of the Mexican-American war of 1846-48, and considered to be great and sage patriots. The Civil War they helped initiate a little more than a decade later was not the result of outside aggression, according to this argument, but a tragic conflict within the American family that politics alone was not able to resolve.

This interpretation of history is one of the factors behind Trump’s vocal rejection of the removal of Confederate memorials. It might seem patriotic, but in reality, it isn’t — not least because the values and the vision of American society that the Confederacy represented had eventually to be defeated on the battlefield at what was, especially by the standards of that time, a staggering human cost.

In institutional terms, some current signs can be seen of a move against the commemoration of the Confederacy. Defense Secretary Mark Esper has mooted a “bipartisan discussion” on the renaming of military bases, while the U.S. Navy has outlawed the display of Confederate flags aboard its ships and in other facilities. But as the Jewish experience reminds us only too well, changes in institutional behavior aren’t necessarily mirrored in public opinion. Especially with Trump in the White House, the segment of opinion that twists its perverse regard for the Confederacy into an American value will continue to assert itself aggressively.

The only response to this misrepresentation is to point to the historical record. “These bases are, after all, federal installations, home to soldiers who swear an oath to support and defend the Constitution of the United States,” the former head of the CIA, Gen. David Petraeus, wrote recently in The Atlantic. “The irony of training at bases named for those who took up arms against the United States, and for the right to enslave others, is inescapable to anyone paying attention.”

If we are no longer prepared to tolerate Nazi symbols as an ongoing presence in our military cemeteries, then we should treat the symbols of the Confederate betrayal of the United States in a similar manner. pjc

Ben Cohen writes a weekly column on Jewish and international affairs for JNS.org, where this piece first appeared.