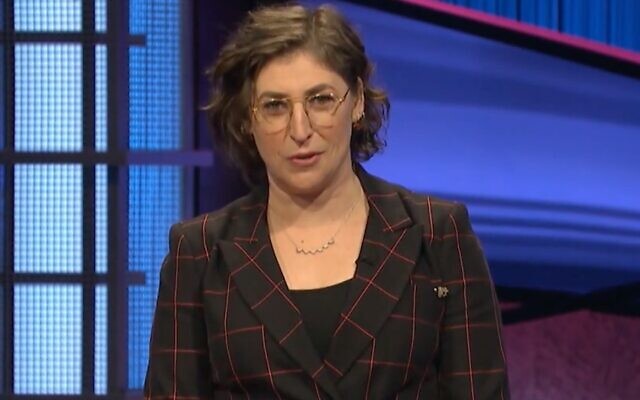 (JTA) — Jewish actress and neuroscientist Mayim Bialik began her two-week stint as a guest host on “Jeopardy!” Monday night, paying tribute to her “creative and academic family” and the show’s late host Alex Trebek in her opening remarks.

Bialik, who has written about her Jewish identity in the Jewish Telegraphic Agency and beyond, drew praise on social media after the first night of her run, which goes through June 11.

The show is matching the amount won by contestants to her charity of choice, the National Alliance on Mental Illness. She has written in Kveller about some of her family members’ struggles with mental illness.

She follows a string of previous guest hosts who have rotated in after Trebek’s death in November, including NFL quarterback Aaron Rodgers, CNN anchor Anderson Cooper and former Jewish contestant Buzzy Cohen.

Bialik spent a weekend in Pittsburgh following the 2018 massacre at the Tree of Life building. PJC