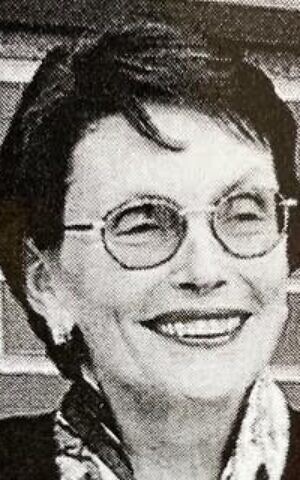 CALLOMON: Judith “Judy” Cohen Callomon, retired former head of the Ellis School, passed away peacefully in her Oakland home on Sept. 13, 2021, at age 85. Over a span of 36 years she built an extraordinary career as an educator — primarily at Ellis where she herself had gone to school. Mention Judy’s name to an Ellis graduate and you would invariably draw this kind of response: “Mrs. Callomon! Oh she was the best teacher I ever had!” She began her teaching career at St. Edmunds Academy and went on to teach history at Ellis. For Judy, history became a passion. This was reflected in the way she taught. History was not a jumble of dates; it was living, breathing, drama in which her students played a part. Along the way she became a graduate of Pitt and received her master’s degree from CMU. She was also awarded a study program at Oxford University where she furthered her education in England. In Judy’s early years she was the writer who wrote the return mail for Mr. Rogers, Miss Henrietta Pussycat at WQED. Judy devoured books in her spare time, particularly all things British. She was a long-time maker and collector of needlepoint and took great pride in her masterpieces. Judy was also the recipient of the Sara Frazer Ellis Award in 1984 and the 2002 Carlow College Woman of Spirit Award. Judith was the daughter of the late Robert J. and Ruth Berkman Cohen and the daughter-in-law of the late Vernor and Florence Schoenthal Callomon. Cherished wife of the late James V. Callomon. Sister of the late Robert Cohen. Judy is survived by a daughter, Betsy, and sister-in-law, Jane C. Arkus, and the late Leon Arkus. Judy was also survived by a loving team of caregivers: Wendy, Lacey, Tina, Lea, Danielle, Val, Shawna, Mindy and Britney. Judy is preceded in death by her loving companion of 14 years, her dog Fu. Services were held at Rodef Shalom Congregation, interment West View Cemetery of Rodef Shalom Congregation. Contributions may be made to Ellis School, 6425 Fifth Avenue, Pittsburgh, PA 15206 or the Pittsburgh Symphony Orchestra, 600 Penn Avenue, Pittsburgh, PA 15222. Arrangements entrusted to Ralph Schugar Chapel, Inc., family owned and operated. schugar.com PJC