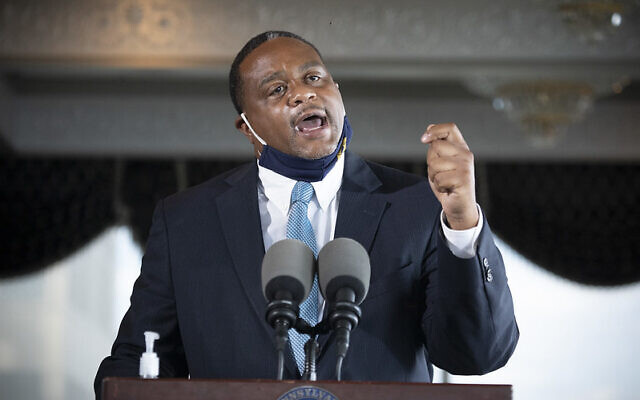 The Jewish Federation of Greater Pittsburgh congratulated Ed Gainey, Pittsburgh’s newly elected mayor, saying in a written statement that the umbrella organization was looking forward to “working with him as the Federation emphasizes Jewish community progress and the welfare of all Pittsburghers.”

“Ed Gainey has already shown his strong support for the Jewish community during his campaign, and we are excited to continue working with him as mayor,” Jeffrey Finkelstein, president and CEO of the Federation said, extending his “most hearty congratulations on behalf of the Jewish Federation of Greater Pittsburgh.”

Gainey’s historic election as the city’s first Black mayor occurred during the same year that the Federation adopted a new mission statement, emphasizing “collaboration across the community” and pursuit of social justice, according to a press release.

“Ed Gainey worked alongside us as a volunteer,” Cherner said. “I am confident that this type of leadership will continue as Mayor Gainey partners with community groups to improve the city.” PJC