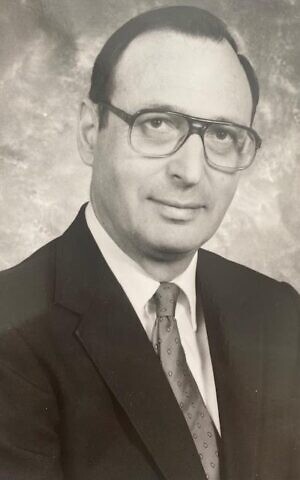 EDELSTEIN: Jason Z. Edelstein. Jason Edelstein was born Jan. 31, 1930, in Newburyport, Massachusetts, and passed away peacefully in Pittsburgh at the age of 91, on Saturday, Sept. 4, 2021. He was preceded in death by his beloved wife, Eva B. Edelstein, in 2019. He was a loving father of Philip (Debbie) Edelstein, Sharon (Bradley) Simon and Joseph Edelstein (Lori Defilippi); He was a loving grandfather, “Zayde,” to Rebecca, Max, Jared, Tori and Jordan. He is also survived by his brother, David (Sandy) Edelstein of West Palm Beach, Florida. In his early years, Jason attended Newburyport High School and continued his studies at the University of New Hampshire where he earned a B.A. in psychology (1951) and an M.A. in clinical psychology (1953). In 1952, Jason married Eva, and over the next 67 years they lived in Williamsburg, Virginia (1952 – 1953); Cincinnati, Ohio (1953 – 1958); Honolulu, Hawaii (1958 – 1960); Monroeville (1960 – 2020) and Pittsburgh until his passing. After a brief career as a psychologist, Jason attended Hebrew Union College where he earned his M.A. and became an ordained rabbi in June of 1958. Jason was a lieutenant and chaplain in the U.S. Naval Reserve and served in Pearl Harbor from 1958 until 1960. On Dec. 7, 1959, Jason officiated the dedication ceremony of the USS Arizona at Pearl Harbor. He also hosted a luncheon with Dr. Martin Luther King when he traveled to Pearl Harbor to visit the site. Jason served as rabbi of Temple David in Monroeville, Pennsylvania, from 1960–1995 and rabbi emeritus from July 1995 till his death. From 1978 until 1995, Jason served as the coordinator for the Central Conference of American Rabbis Crisis Hotline, which served fellow rabbis and their families. For 51 years he taught in both the theology department and the seminary at Saint Vincent College from 1968 until 2020. With his close friend Father Campion Gavaler, he pioneered and co-taught a course in Catholic-Jewish Dialogue which gave way to a permanent chair in Catholic-Jewish Dialogue in his honor in 2015. He was awarded the Thoburn Excellence in Teaching award in November 2000. As recently as July, Jason continued to lecture on Jewish topics and led a discussion group on the Holocaust for his fellow residents at Lighthouse Pointe in Fox Chapel. Jason loved spending time with his children and grandchildren. He enjoyed good food and good conversation, and was never at a loss for a thoughtful word and prayer that fit every occasion. Services were held at Temple David. Interment Temple Sinai Memorial Park. Memorial donations can be made to the Jason Z. Edelstein Endowment Fund at Temple David, 4415 Northern Pike, Monroeville, PA. 15146. Arrangements entrusted to Ralph Schugar Chapel, Inc. schugar.com PJC