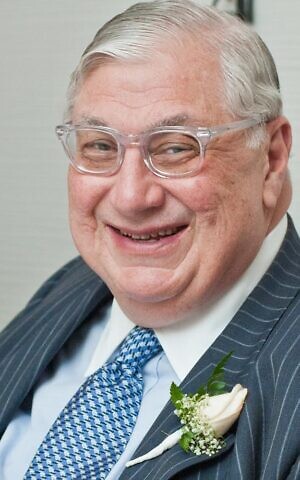 GUSKY, Henry Gusky, age 82, of Mt. Lebanon, passed away surrounded by his family, on Friday, Sept. 17, 2021. Henry was born on March 31, 1939, in Ambridge, Pennsylvania, the son of Albert and Faye Gusky. Henry was a graduate of Ambridge High School, and received his B.B.A. from the University of Michigan in 1961 and his J.D. from Western Reserve University (now Case Western Reserve University School of Law) in 1964. Henry married Nancy Atlas on Sept. 1, 1963, and they had two children, Edward and Steven. Henry began practicing law in Washington, Pennsylvania, and later practiced in Pittsburgh, where he ended his career as a founding partner of Blumling and Gusky. He was extremely proud of his almost 60-year legal career which was diverse, exciting and fulfilling. Henry was quick to point out his astonishingly low PA Attorney’s license number of 253 for anyone who asked how long he had been a lawyer. During his long legal career, he was a tireless advocate for his clients and was an expert in maritime law. He prepared the agreement for the country’s first riverboat gaming development in Davenport, Iowa, represented the Pittsburgh Penguins, the Gateway Clipper, John Edward Connelly and Associates, and spent many fulfilling years in New York City where he helped to develop the Chelsea Piers and represented World Yacht. In addition to his sterling transactional practice, Henry litigated in front of the Supreme Court, and had countless adventures that defined his rewarding career. He was recognized as a Pennsylvania Super Lawyer for several years. Henry was proud to have mentored many young lawyers in Pittsburgh who thought of him as a father figure. To say that Henry was a fan of the University of Michigan would be a huge understatement. He never missed watching his beloved Wolverines play a football or basketball game, including attending many games in person prior to his declining health. To celebrate a win, he would often play Michigan’s fight song, “The Victors,” on his trumpet, much to amusement of all within earshot. Henry was proud of his involvement with the University of Michigan and spent many years on various boards of the Michigan Union and League. As a way to honor his education and time at Michigan, Henry started the Henry and Nancy Gusky Family Scholarship Fund in order to help pay tuition costs for Michigan students in need, focusing on those from Western Pennsylvania. He often said that helping others was one of his proudest accomplishments. Having grown up without much financial assistance himself, he wanted to help those in need. Henry was also a lifelong fan of the Pittsburgh Steelers, and was a season ticket holder since 1969. He attended two Super Bowls and numerous games in person, and passed on his love of football to his sons.
Those who knew Henry were well aware of his love of great red Zinfandel wine and Scotch, as well as Nancy’s gourmet cooking. He was a man of large appetites with an even larger heart. His devotion to his family and the countless friends he made were hallmarks of his life, and he never hesitated to help anyone who asked (and even those who did not). He had a larger-than-life personality that could light up a room and he loved to regale people by telling stories for hours at a time. Henry is survived by his loving wife of 58 years, Nancy Gusky, beloved sons, Edward Gusky (Halina) of Novi, Michigan and Steven Gusky (Amy) of Vienna, Virginia; grandchildren, Oliver, Claire, Live and Luka; and brother David Gusky of Hollywood, Florida. He was preceded in death by his parents. Graveside services and interment were held at Temple Emanuel Section/Mount Lebanon Cemetery. To honor Henry Gusky, please make donations to the Henry and Nancy Gusky Family Scholarship Fund at the University of Michigan: leadersandbest.umich.edu/find/#!/give/basket/fund/798942
Go Blue!
Arrangements entrusted to Ralph Schugar Chapel, Inc., family owned and operated. schugar.com PJC