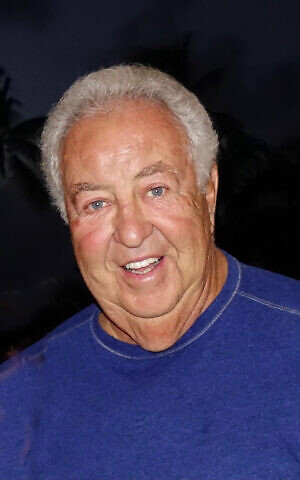 ADELSHEIMER: Harry Adelsheimer, age 85, of Pittsburgh. On May 20, 2021, we lost our beloved Papa. He was the rock of our family and taught us that the most important values in life are love, laughter and family. He will be missed most by his sons Gregg Adelsheimer (Pamela Aranson Adelsheimer), Marc Adelsheimer (Jamie Stern), and daughter, Lynne Adelsheimer Goldstein along with his eight loving grandchildren: Andrew (Amanda) Adelsheimer, Jeremy Adelsheimer, Eric Adelsheimer, Hannah Adelsheimer, Rachel Adelsheimer, Jacob Adelsheimer, Alex Goldstein, and Sara Goldstein. He was born in Schermbeck, Germany, to Henny and Arthur Adelsheimer. His family fled from Germany and created an incredible life in Pittsburgh. Graduating from the University of Pittsburgh with a degree in business, he then began his career in the retail world as a buyer for Kaufman’s Department Store. He was very proud of Lintons, the women’s clothing store he owned and operated in Squirrel Hill for over 40 years. Here he devoted his time and love as he outfitted many women in the city and retained his loyal employees for years. He was a very influential leader in the Squirrel Hill business community. His passion for golf was not only based on the sport but the quality of time he got to spend with his buddies. He was an active member of Westmoreland Country Club as well as Boca West Country Club in Florida. He loved his annual golf outing with his seven closest friends as well as a few special trips he enjoyed with his sons. His warm personality made everyone around him feel welcome. He lost the love of his life, Carol, our Muggy, just one year ago. During their 61 years of marriage, they had an amazing life together. Side by side, they truly had a storybook romance for the ages. Their lives revolved around raising their three children and later in life, their focus became spending time with their eight grandchildren. Annual family vacations to Beach Haven, New Jersery, as well as traveling with their children and grandchildren meant the world to them. Harry always instilled in every one of his family members the importance of togetherness. He was the ultimate patriarch to all. His family is defined by his legacy, and he will truly be missed by everyone that knew and loved him. Graveside services and interment were held at Homewood Cemetery, Star of David Section. The family requests that donations be sent to the Jewish Community Center of Greater Pittsburgh, 5738 Forbes Avenue, Pittsburgh, PA 15217. Arrangements entrusted to Ralph Schugar Chapel, Inc., family owned and operated. schugar.com PJC