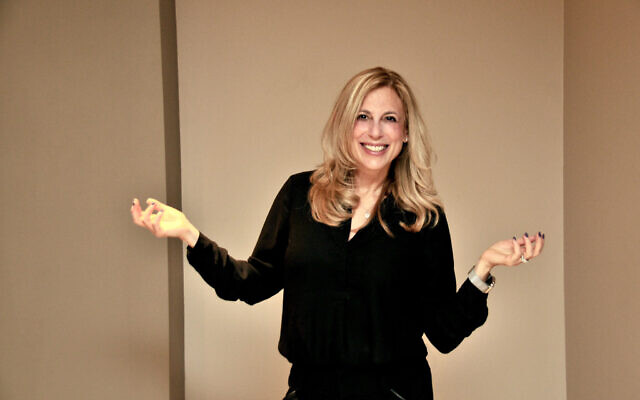 Jennifer Honig believes in the power of transformation.

She is the CEO and founder of Techstra Solutions, a Squirrel Hill-based technology consulting firm that recently celebrated a decade in business.

But technology isn’t where she thought her path would lead. Graduating from Colby College with degrees in economics and art history, Honig saw her future at the crossroads of arts and investment.

“I started to marry two very different disciplines together,” she said. “I worked for the Columbus Museum of Art in development and then at the Mattress Factory as the director of development.”

She earned an MBA at Carnegie Mellon University, traded Pittsburgh for New York and worked for Young & Rubicam where she served as a senior vice president of key corporate accounts. She was then recruited back to Pittsburgh by the start-up community. It was at Young & Rubicam that Honig became more involved in business technology, something she didn’t focus on but couldn’t escape during her time at CMU.

“I graduated 30 years ago,” Honig said. “It was a big deal when we got email and those computer labs. I would say there was an affinity for analytical thinking and technology but not technology as we define it today. We were looking more at the basics of business — marketing, economics — using technology from an operations and technology standpoint.”

Honig ventured further down the technology rabbit hole, helping Young & Rubicam bring in its first global collaborative system and landing the firm’s largest account, part of which included technology. She next worked with several startups before deciding to take a pause. It was time for another transformation: The business executive decided to take some time off to spend with her two daughters, Samantha and Grayson.

“I wanted to start helping to shape their world,” she said.

The CEO credits her husband, Larry, with planting the idea of founding Techstra Solutions.

“My husband and I had a conversation at one point, and I said, ‘I think I’m going to go back.’ He said, ‘You should start your own company.’”

Honig said she spent a year pondering the idea before launching Techstra.

Ask Honig about Techstra, and she’ll say the company delivers impactful solutions to clients, especially cloud migration and operationalization. She’ll discuss security and automation and networks and infrastructure and data strategy. Ask about her passion, though, and you’ll get a much simpler answer.

“It’s about solving problems,” she said before explaining her formula: “People, process and technology.”

“Do you have the right types of people with skill sets that are going to make you successful? Process: Can we do it more efficiently or define new processes that are streamlined and scalable? And then technology: What solution makes the most sense based on the business’s requirements?”

Honig said that what differentiates her leadership style and Techstra from other consulting firms is something she learned working in the arts community: the ability to color outside the lines.

“For me and Techstra Solutions, transformation is that messy, creative process,” she said. “You have to be willing to get down and dirty. You have to be wiling to see what’s ultimately best for the client. That might be a little unconventional, and that’s OK.”

That creativity was on full display during COVID when, in the short-term, things slowed and there was a lot of uncertainty, she said.

“At the same time, it allowed us to retrench and think about who we were as a company,” Honig continued. “We wound up with some great opportunities in cloud and data and building out robust recruitment. We built out capabilities during those two years.”

Because of that build-out, Techstra is well-positioned to assist companies forced to implement technological changes faster than they would have anticipated, such as a jump to cloud services, she said.

Along with her role as a CEO, Honig believes it is important to be a role model for the next generation of leaders and her daughters.

As an adjunct professor, she teaches a class with her husband at the CMU Heinz College of Information Systems and Public Policy and structures her day to concentrate on what she feels is important.

Honig starts at 5 a.m. with work and coffee before squeezing in a workout on the Peloton. It’s then time to pack lunch for Grayson and get to the office before coming home for dinner with her family. She ends the night FaceTiming with her daughter Samantha, a freshman at the University of Denver.

“I want to show that it’s possible in whatever passion you have,” Honig said. “You can have a career and a family, and sometimes it might be messy, but it’s OK to do all that. You don’t have to pick one or the other.”

Her Jewish values, she said, have helped inform the way she leads her company.

“I believe family and tradition are core Jewish values for me,” she said. “So, when you think about building community, that’s what a company is all about — celebrating differences. It’s about agreeing to not agree at the right times and work through conflict.”

“And then just being a mensch,” she said. “What COVID taught me is, kindness is important. And kindness can come in all shapes and sizes. Kindness and respect — if we want to marry those — are core to Judaism.” PJC