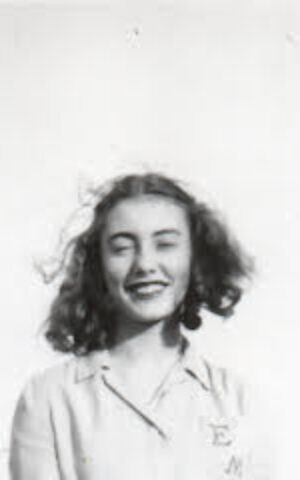 MORGAN: Estelle Mavis Morgan, née Estelle Malt, passed away peacefully in Pittsburgh on June 19, 2021, at the age of 91. She was a Pittsburgh-based abstract painter working mainly in large-scale watercolor. Having come to the United States from western Canada, her work was inspired by the light and minimal forms of her native prairie environment.
Morgan’s work has been exhibited at museums such as the Carnegie Museum of Art, the Butler Institute of American Art, and the National Museum for Women in Washington, D.C., as well as in solo and group shows in Scotland, Nairobi, Toronto, Hawaii, New York and Pittsburgh. Her work is included in private, public and corporate collections in the U.S., Canada and Israel.
Estelle was born on May 7, 1930, in Regina, Saskatchewan, Canada. She studied piano at the Regina Conservatory. Subsequently, she graduated from the University of Pittsburgh, with a B.A. in psychology, and worked for renowned Pittsburgh neurosurgeon Dr. Y.D. Koskoff, specializing in EEG technology. Estelle married the late Dr. H.C. (Chuck) Morgan, noted Pittsburgh optometrist, in 1952. She is survived by daughters Lisa and Kim Morgan, son-in-law Joseph Rickards, grandchildren Adam and Daphne Rickards, great-grandchild Dominic, brother Shlomo Maital and his wife Sharona, and brother- and sister-in-law Alan and Sheila Morgan. A longtime resident of Squirrel Hill, she spent her later years at Riverview Towers.
Estelle lit up the world with her vitality throughout her long and happy life, and she will be greatly missed by all who knew and loved her. Donations in her memory can be made to the Parkinson’s Foundation and Family Hospice of UPMC.
Professional services trusted to D’Alessandro Funeral Home and Crematory, Ltd., Lawrenceville. dalessandroltd.com. PJC