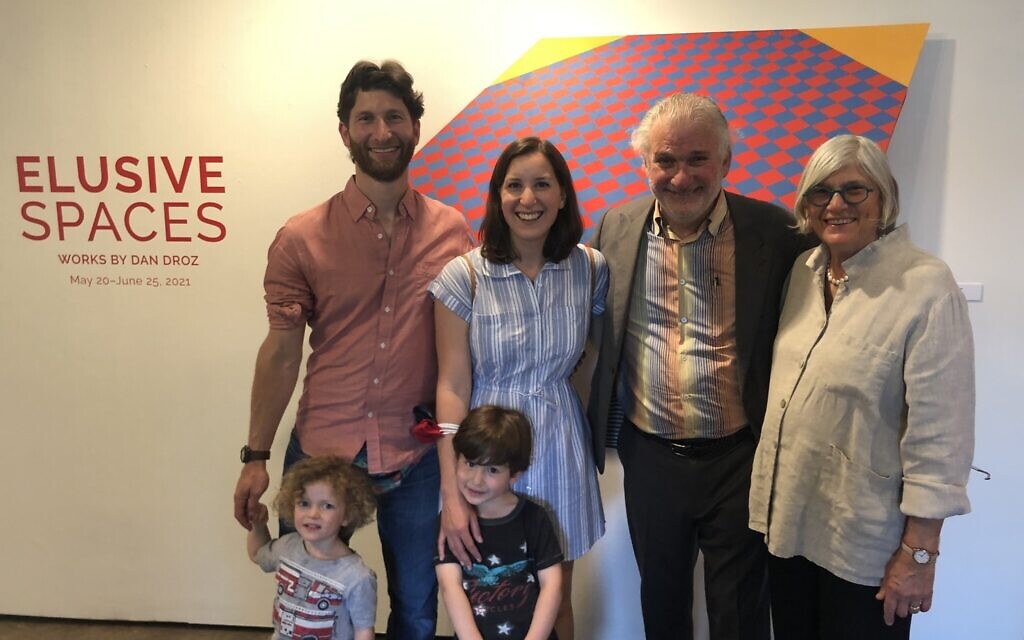 “You look at a sculpture [and] the closer you look, several questions might arise: ‘How is that trick done?’ ‘How is this piece made?’” Droz told the Chronicle. “The more you look at the piece, you realize what you initially saw is only part of the picture. And that, really, is a metaphor for how we see the world: There’s a lot that isn’t revealed.”

Those itching to experience Droz’s work in person no longer need to wait or wonder when the COVID-19 veil will be lifted. Droz is now exhibiting several works in a solo show dubbed “Elusive Spaces” at the new Associated Artists Gallery, 100 43rd St. in Lawrenceville, through June 25.

Droz isn’t new to sculpting. Though the Pittsburgher retired in 2019 in his late 60s after a 38-year career in graphic and furniture design to dedicate himself full-time to his art, he had been sculpting for many years.

And COVID-19 did not slow him down.

“This COVID period has not been completely without activity — I’ve been really busy, in fact,” said Droz, who has created several works, most of them 4-to-6 feet tall, for individual patrons.

But Droz, like most, has not exhibited recently. He had a big, 75-to-80-piece show scheduled at the Pittsburgh Center for the Arts, but the center closed before the show; he had two others scheduled at Harrisburg galleries in March of 2020, and then COVID-19 hit. 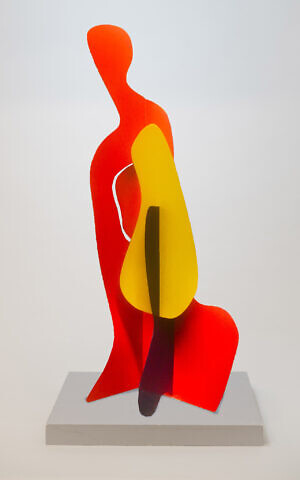 Now, with pandemic restrictions relaxed some, he’s excited to be returning to the fray with Associated Artists. And he’s developed new ideas during the time away.

“This is certainly the first time I’ve been able to exhibit in quite a while,” Droz said. “During that time, though, I started to experiment with a lot of new materials.”

For example, Droz points to work involving wire mesh materials, cast glass and various polymers — similar to the ones that coat pool noodles — in an epoxy resin. Some of them are even displayed at Associated Artists Gallery this month. 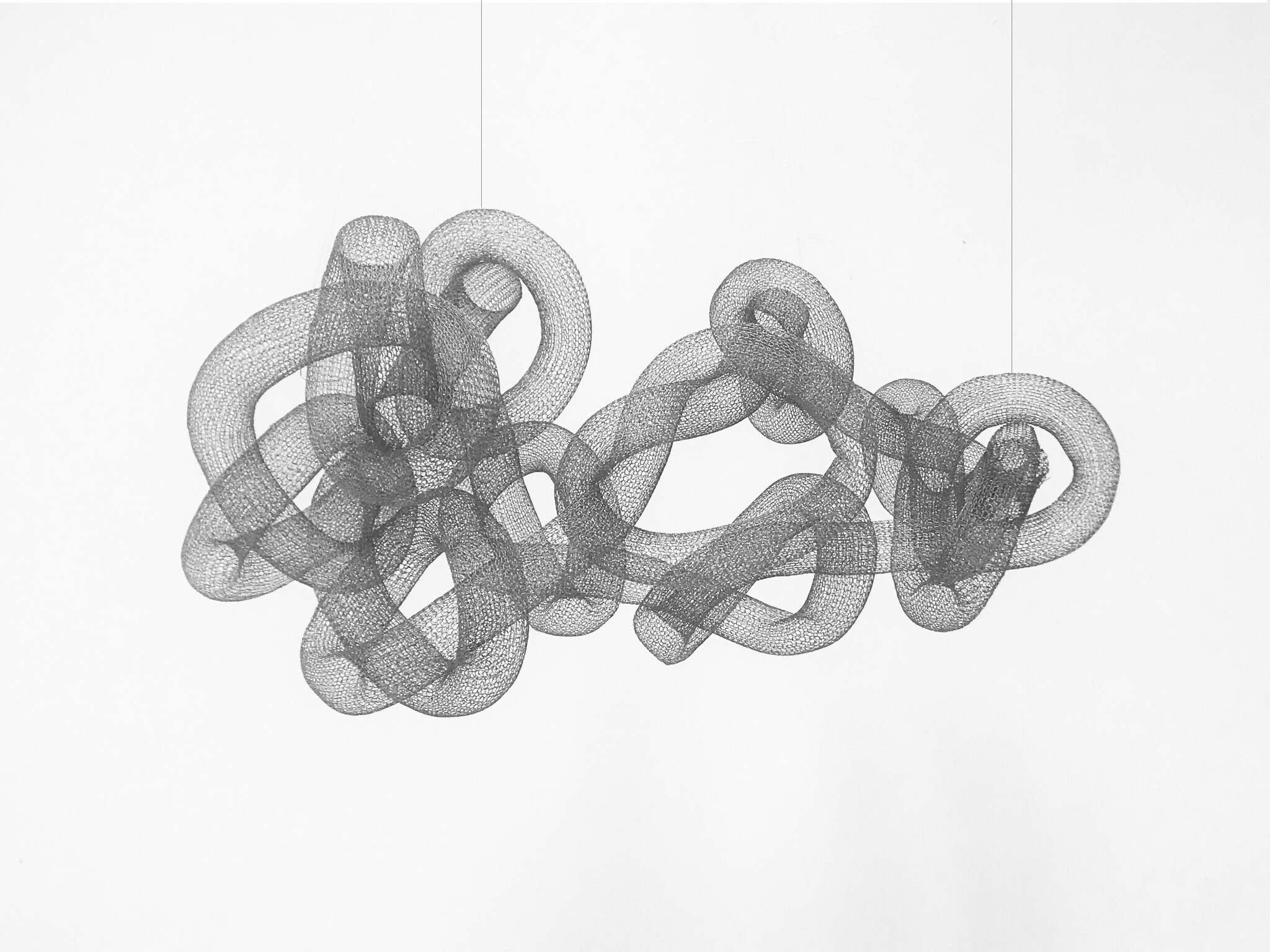 Droz was born in Brookline, and was the first person to celebrate becoming a bar mitzvah at the “new” Beth El Congregation of the South Hills building in Scott Township. He moved to the East End after graduating from Harvard College, where he earned degrees in visual and environmental studies and math. For 18 years, he taught design at Carnegie Mellon University. In 2001, Droz left teaching to devote more time to design and product development, specializing in design strategy.

Madeline Gent, Associated Artist’s executive director, is excited about Droz’s show; it’s the first exhibition with regular public hours at her gallery since COVID-19 broke out. Gent said that’s particularly important for Droz, because many of his pieces present differently in person than in photographs or video.

“This is a great demonstration of work that needs to be seen in person,” Gent said. “I love this one piece and when I was with it today, I said, ‘I wish people could see this glow, this effervescence.’”

“No offense to photographers, but [Droz’s art] is a wonderful reminder of how art needs to be seen in person, experienced in person,” she added. “Dan’s work reinforces that notion. The pieces are elusive but they function in the greater space of the gallery.” 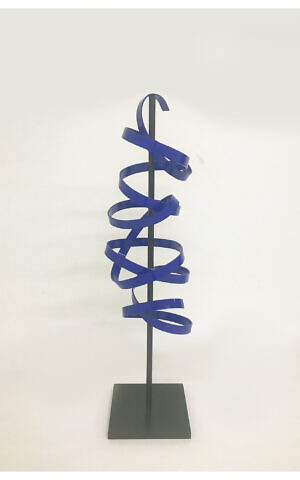 Can’t make the Lawrenceville show? Don’t fret — there’s another planned soon for the James Gallery in the West End.

Droz also has one or two pieces set to be displayed in the juried show of the Three Rivers Arts Festival this year — if it is held in person.

Nachum Golan knows Droz’s work well. He purchased a sculpted, red and black, faux tablecloth by Droz at the Associated Artists’ opening in May. He also has two Droz sculptures displayed in his rooftop garden in Pittsburgh.

“Dan Droz — he’s a Renaissance man,” Golan told the Chronicle. “He’s extremely talented and he doesn’t just do the sculptures, he thinks about how to do it, how to bend metal and how to bend glass, which is very difficult.”

Droz’s “Elusive Spaces” exhibition is open to the public Thursdays and Fridays from 1 to 6 p.m., on select Saturdays as posted on AAP’s website, and by appointment. For more information, visit aapgh.org. PJC