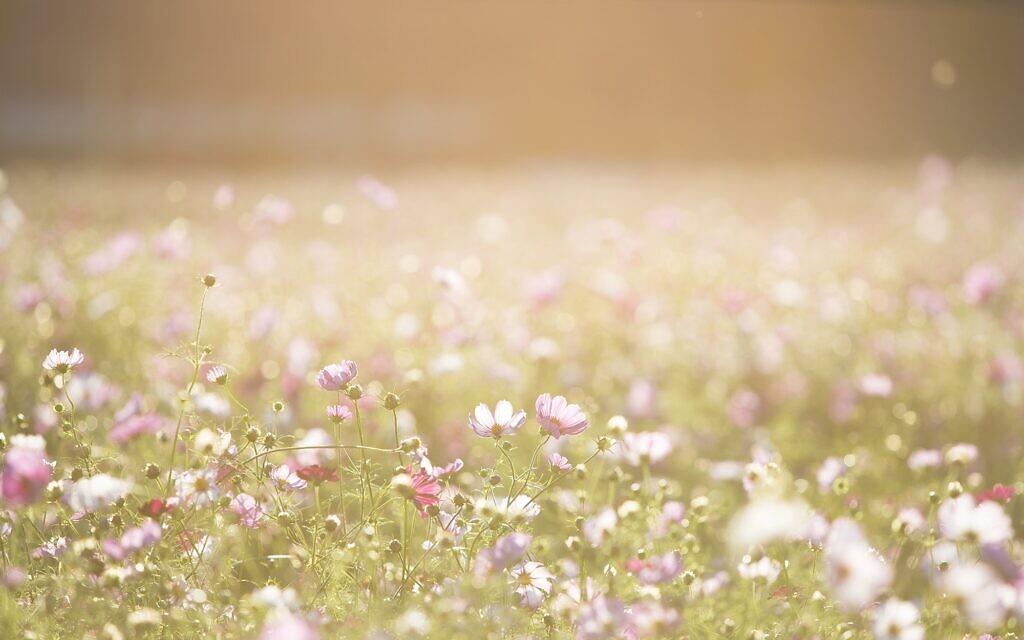 Betty Pierce was not Jewish. But to a 6-year-old girl desperately in need of nurturing, she most definitely was a surrogate Jewish mother.

It was the late 1960s. Betty was my family’s housekeeper, a necessary addition to a household headed by a man putting in long hours at work and a woman who was dying of cancer. She kept our house clean, prepared meals, did the laundry. After my mother passed away, Betty took on a larger role. She was now the one who greeted me when I came home from school, read to me, tucked me in at night. She was the one who gave my life some sense of normalcy when I was not feeling normal at all. I was the only kid I knew who did not have a mother, and I felt like an oddity. Let me tell you, that is an unsettling feeling for anyone, and especially for a young child.

I loved everything about Betty. Her melodic voice, which I can still hear clearly in my head. Her chin-length salt-and-pepper hair. I loved her smile. I loved how on summer days, she would sit with me in the backyard and make chains of clover flowers, and how she would let me stitch on a cloth napkin as she did the mending. In fact, when Mother’s Day rolled around, and all my classmates decorated hand-made cards for their moms, I gave the one I made to Betty.

I can say without an ounce of exaggeration that Betty Pierce saved me.

My father remarried in 1970, giving me the best of all possible step-moms, and about two years later, Betty stopped working for us. I don’t know why for sure, but suspect now that she felt less useful once my step-mother entered our home. Anyway, one day, suddenly, Betty was just out of my life. And I admit, she soon went mostly out of mind.

Once, in 1983, while home from college on a break, Betty phoned our house, asking to speak with me. I was out at the time, but Betty asked that I call her back and she left her phone number.

This part is very hard for me to write. I never called her.

I suppose I can blame that decision on immaturity, or selfishness. I remember feeling like it would be awkward to talk to her after so many years had passed, thinking that making conversation would be difficult. And, there was that perennial excuse of the young: I was so busy.

I had no regrets about not calling Betty until about 10 years later, as Rosh Hashanah was approaching and I was in my early 30s. Suddenly, it became critical to me to get in touch with her and to apologize for ignoring her for so many years when she had been so good to me when I needed her. I called information — this was before the internet — trying to get her phone number, but came up empty. I also realized that she would have been at least 80 years old by that time. I wasn’t even sure she was alive.

As the years passed, and I thought of Betty from time to time, I would Google her name and my hometown to see if I could find any information about her. Nothing ever came up.

I don’t know what motivated me, but after many years of not searching for her, I once again typed Betty’s name in my browser’s search bar along with the word “obituary,” thinking I might find a death notice from the 1990s with at least some information about her life.

My heart sank when, sure enough, an obituary from a funeral parlor in my hometown came up with her name and the date of her death … in 2017. She was 104.

All those years I could have made a more deliberate effort to find her and I didn’t really try.

The obituary was brief, listing only that she was predeceased by her husband — whom I remembered — and that she had no survivors. I am heartbroken to think she may have died alone.

I have since scoured the internet, and have found no other information about Betty, except what may have been her last address, a senior living facility that looked pretty nice from the website. I have found a small bit of consolation in that.

I wish I could go back a few years and call her, visit her, maybe comfort her as she comforted me all those decades ago.

But all I can do now is correct the record here: It is not true that Betty Pierce, age 104, had no survivors.

She had at least one. PJC

Toby Tabachnick can be reached at ttabachnick@pittsburghjewishchronicle.org