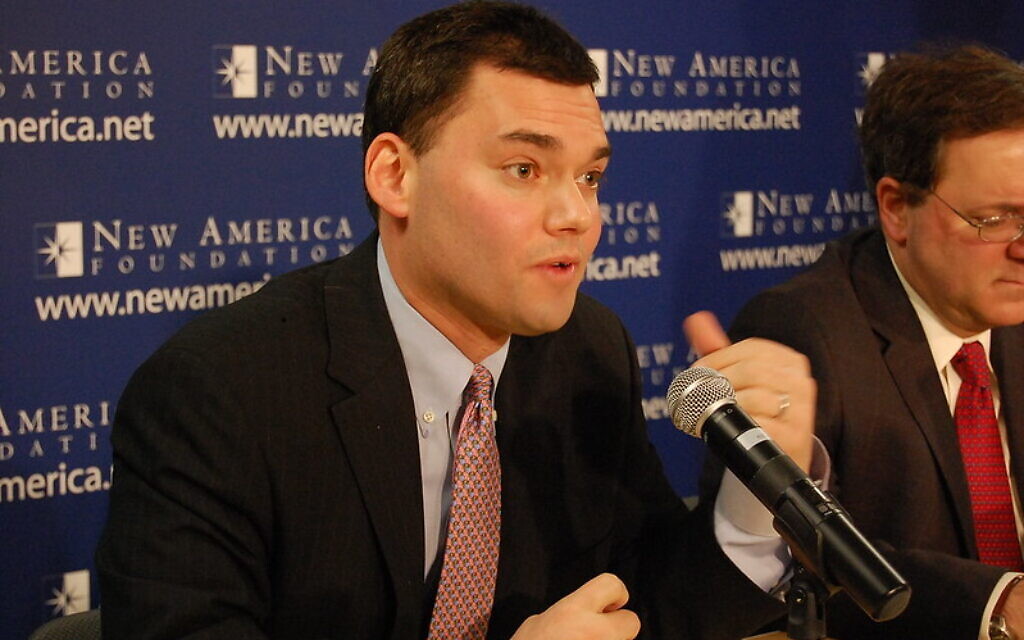 It is almost autumn, which means it is time for yet another op-ed from Peter Beinart, professor of journalism and political science, and self-proclaimed visionary for a Middle East without a Jewish state. Beinart did not disappoint, publishing his latest piece, deceptively titled “Has the Fight Against Antisemitism Lost Its Way?” in The New York Times on Aug. 26.

Beinart’s op-eds have all served a similar purpose: to demonstrate that Israel, as a “Jewish State” severely and unjustly oppresses the innocent Palestinian nation, to the point that Israel needs to be unmade and reconfigured as a state for all the peoples living between the Jordan River and the Mediterranean Sea. That the consequences of creating such a polity, in which Jews would be a minority — if not immediately, then in the near future — would likely include civil war, ethnic cleansing and perhaps yet another Arab state that will violently purge itself of its Jewish population (as Hamas has promised in its foundational charter) does not seem to bother Beinart. Demonstrating his complete ignorance of history, Beinart takes it as a given that Jews and Arabs will live harmoniously in his imagined multi-national utopia.

Beinart has shared the stage with politicians, academics and “Jewish” organizations that have propagated some of the worst antisemitic tropes — Marc Lamont Hill, Rashida Tlaib and, most disturbingly, Jewish Voice for Peace — carefully repackaged to impugn “Zionists” and “Israel,” rather than “Jews,” so they could argue their critique is of a state and its ideology, not an ethnoreligious community. Jewish Voice for Peace is infamous for having launched the Deadly Exchange Campaign, which posits that Israel and its emissaries abroad, including organizations such as the ADL, covertly solicit American policing forces to be trained to better profile (and kill) African Americans; with Israel exerting control over American law enforcement the Jewish state plays a pivotal role in entrenching white supremacy and subverting social justice. Such a claim, which is devoid of empirical foundation, is a reformulation of the alleged global Jewish conspiracy made famous by the Protocols of the Elders of Zion and then institutionalized with genocidal consequences by Nazi Germany.

In his latest op-ed, Beinart likewise sees a global Jewish conspiracy with Israel at its center. He begins by arguing that American Jewish organizations have attacked human rights organizations by accusing them of antisemitism. This is, in fact, true because, well, these groups, such as Human Rights Watch, have a long history of devoting disproportionate attention to Israel, magnifying its “crimes,” and portraying it as one of the worst offenders among the world’s 195 independent states. It would hardly be worth commenting on his op-ed were it not for the fact that Beinart takes this charge much further: He accuses American Jewish organizations of not merely denying Israel’s repression of Palestinians, but of stifling human rights around the globe.

How is this possible? Beinart sees this sinister campaign unfolding through Israel’s much-celebrated accords with its Arab neighbors, in particular the recent tentative steps toward a rapprochement with Saudi Arabia and the United Arab Emirates. American Jewish leaders consider such relationships to be a positive move. With more than a touch of derision, Beinart highlights the warm endorsement given by Deborah Lipstadt, eminent historian and the White House’s official antisemitism envoy. For Beinart, this signifies collusion between American Jewish organizations (such as the ADL and the AJC) and the American government to not only ignore the egregious human rights records of these Arab states, which are “more repressive than Iran … and Russia,” but to award them despite their bad behavior, solely because it benefits Israel. Accordingly, their repressive practices will only worsen in the future, and Jewish institutional power and governmental influence will be to blame. The Jews are smothering human rights around the globe.

Let’s leave aside the obvious critique of those who morally condemn Israel’s growing rapprochement with the Arab world. A basic education in political science should make it clear that a small state such as Israel, historically surrounded by enemies, must employ realpolitik in international affairs. Israel does not have the luxury to judge the ethics of those who seek to work with it. Israel must choose its allies based on their attitude toward Israel. Saudi Arabia, unlike Iran, neither vows to wipe Israel off the map nor chase the Jews into the sea on a regular basis. An alliance with Saudi Arabia (possibly against Iran) is sound politics, even if Saudi Arabia’s human rights record is (ever so slightly) worse than Iran’s. It will benefit Israel, it will benefit American Jewry who identify with their ancestral homeland, and this in turn will benefit the United States, which maintains good relations with both states individually, irrespective of their relationship with each other. All this should be obvious to Beinart. But for some reason it is not.

Beinart’s greater sin is having put “American Jewish organizations” in the driver’s seat of stifling global human rights. “The fight against antisemitism,” tweeted Beinart, “as waged by the American Jewish establishment and the US government, has become a threat to human rights.” And much like Jewish Voice for Peace’s Deadly Exchange Campaign or the conspiracies of Henry Ford, it posits — one might even say it presupposes — outsized Jewish power and influence in the United States and across the world. Like the Deadly Exchange Campaign, the alleged purpose of such pernicious politics is to serve the interest of Israel, a tiny state in the Middle East, the imagined locus of Jewish power. The Jews make up 0.2% of the world’s population and approximately 1% of the United States’ population. To suggest that such a numerically insignificant populace can heighten repression in the Arabian Peninsula, the heartland of Islam, a region of 77 million (predominantly Muslim) people is to give voice to an irrational fear of Jewish power. It is by definition antisemitism. Toward the end of his screed, Beinart casually drops the phrase “Jewish supremacy,” an antisemitic trope at the heart of Nazism and the American anti-Zionist left. Beinart is saying the quiet part out loud, all but confirming that Jew-hatred is implicit in his piece.

Beinart concludes his op-ed by insisting that this unholy alliance between Jews and repressive Arab regimes will ultimately backfire. Not only will it fail to diminish antisemitism, it will in fact worsen it, because the only way to eliminate antisemitism is for Jews to fight for universal human rights. Beinart is hardly the first to insist that Jewish security is best served by pursuing intersectional social justice; it is axiomatic on the Jewish left today. But what are the implications when a Jewish journalist seeks universal social justice by disseminating antisemitic tropes in a newspaper of record? Did Peter Beinart not stop to think for one moment that his conspiracy theories may endanger American Jews? PJC

Jarrod Tanny is an associate professor and Block Distinguished Scholar in Jewish History in the Department of History, University of North Carolina Wilmington. This piece first appeared on The Times of Israel.