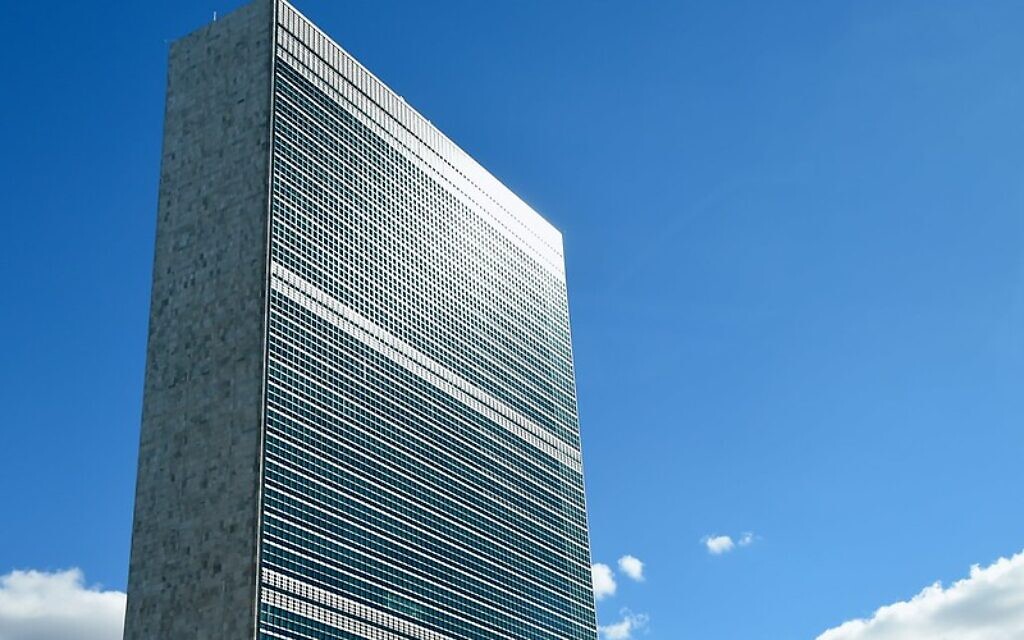 The Biden administration’s regressive decision to include $150 million for the U.N. Relief and Works Agency (UNRWA) as part of its restoration of more than $200 million of financial aid to the Palestinians symbolizes its deeper refusal to recognize the gargantuan obstacle this agency has placed in the way of resolving their ongoing conflict with Israel.

U.S. Secretary of State Antony Blinken’s statement last week clearly demonstrated the administration’s conviction that the Palestinian issue must be treated as a humanitarian question before anything else. On the subject of UNRWA, Blinken entirely overlooked the serious, copiously documented accusations against the agency that range from institutionalized corruption to the propagation of anti-Semitism, focusing instead on the provision of educational services to 500,000 Palestinian children of school age along with “health care, medicine, medical supplies … and cash and food assistance to families severely impacted by COVID-19.”

Blinken’s only concession to the concerns about UNRWA that have been expressed by American politicians from both sides of the aisle for most of President Joe Biden’s political career was to offer the assurance that the United States “is deeply committed to ensuring that our partnership with UNRWA promotes neutrality, accountability and transparency.” He then noted, “as with all of our engagements with U.N. institutions, the United States needs to be at the table to ensure that the reforms advance efficiencies and are in accord with our interests and values” — a rehash of the same argument Blinken used to explain the U.S. decision to return to the structurally flawed U.N. Human Rights Council back in February.

The policy of the previous Trump administration, which suspended aid to the Palestinians in August 2018, was never going to be sustainable in the long term without a viable alternative to agencies like UNRWA. What the new administration has done, however, is to reinvest U.S. taxpayer money in a thoroughly discredited institution whose historic purpose has been to perpetuate, rather than resolve, the question of as many as 700,000 Arab refugees from Israel’s 1947-48 War of Independence and their descendants in the West Bank, Gaza, Syria, Jordan and Lebanon, who presently number 5 million stateless people.

The basic problem with UNRWA is reasonably well-known. The only U.N. humanitarian agency to be exclusively dedicated to a single refugee question, UNRWA also has its own definition of who constitutes a refugee. Whereas the United Nations main refugee agency, the U.N. High Commissioner for Refugees, doesn’t transfer refugee status from parents to children, UNRWA does exactly this, in theory for all eternity.

This means that those Palestinians registered with UNRWA are condemned to refugee status while they wait for their leadership to dismantle the Zionist entity and return them to their rightful homes. UNRWA’s primary function is to reinforce this status by categorizing a Palestinian child who is born tomorrow in Jordan or Lebanon as a “refugee.” As non-citizens of the countries in which they actually reside, Palestinians are thereby denied educational and employment opportunities and subjected to humiliating bureaucratic discrimination, all for the sake of their eventual “national liberation.”

As well as bolstering this wretched status, UNRWA provides Palestinians with the requisite ideological tools to preserve their generalized hatred of Israel. In the very schools portrayed by Blinken as providing an essential service, it is also the case that hatred and contempt for Jews and Israel is ingrained as a habit of mind, pressed upon impressionable kids in the playground, in math class and certainly in their history and language studies.

A January 2021 investigation into the curriculum in UNRWA schools by IMPACT-se — an Israel-based institute that carries out first-class research on intolerance in education across the region — produced some alarming, if not unexpected, findings. “UNRWA-produced material frequently references, and sometimes directly reproduces, texts and phrases from the PA textbooks that glorify violence and sacrificing one’s life and blood to defend the ‘motherland,’” the report observed. “Such examples include Arabic grammar exercises that use the language of jihad and sacrifice. … We were unable to find any direct condemnation of violence or approach to resolve conflict within the UNRWA-produced material.”

For those tempted to believe that Palestinian schoolchildren would be provided with a more benign view of Israel in the event of achieving Palestinian statehood, consider IMPACT-se’s assessment of how they are taught to perceive Jews. “UNRWA-produced materials were also found to consistently ignore Jewish history, despite Jews being one of the major ethnic groups of the region. Historical Jewish presence in the region is not discussed and no substantial information was provided about Jewish culture or religion which would have been well within UNRWA’s mandate to ‘enrich the curriculum,’” the report remarked. “The majority of references with regard to this issue included allegations that Israel is striving to systematically ‘Judaize’ Jerusalem … Jews are rarely mentioned in non-negative or neutral contexts.”

As true as it may be that Palestinians who want a stable, prosperous life have been poorly served by UNRWA and the ideological warfare it wages, the answer is not to dissolve these institutions with a sweep of the hand, as the underlying problem remains intact. But even recognizing this, if the Biden administration is unwilling or unable to propose a viable alternative to UNRWA — in the form of an agency that concentrates on integrating the descendants of Palestinian refugees as full citizens of the nations where they now live — then it can at least demand some reforms in return for what we can call, if we’re being very generous, its good faith gesture.

I can think of at least three demands, all of them reasonable. First, all negative references to Jews and Israel in UNRWA educational and publicity materials must be removed within the next year, and verifiably replaced with neutral examples recognizing that Israel is as legitimate as any other state in the region. Second, the well-documented corruption within UNRWA, which resulted in the Netherlands, Belgium and Switzerland all temporarily halting their funding to the agency in 2019, must be stamped out. And third, UNRWA must shift its fundamental priorities so that its goal emphasizes integration of the refugees right now, rather than the elimination of Israel in some distant, dystopian tomorrow. For if the Palestinian issue really is a humanitarian one first and foremost, then there is no need for UNRWA to retain this ideological role—and every reason to ditch it. PJC

Ben Cohen is a New York City-based journalist and author who writes a weekly column on Jewish and international affairs for JNS, where this piece first appeared.