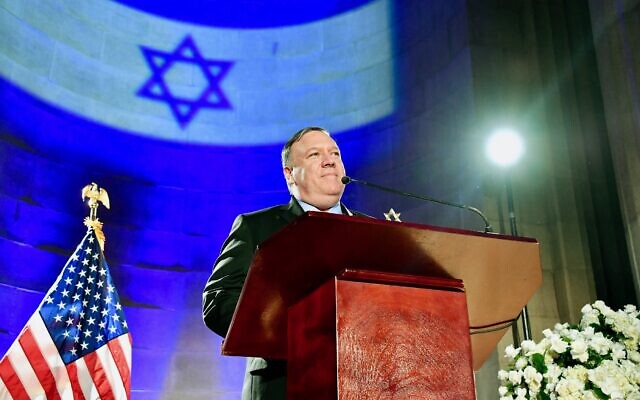 (JNS) – American citizens born in Jerusalem are now allowed to list Israel as their place of birth on their U.S. passport, announced U.S. Secretary of State Mike Pompeo on Thursday.

“Consistent with President [Donald] Trump’s Jerusalem Proclamation of December 6, 2017, and the historic opening of the U.S. embassy in Jerusalem on May 14, 2018, today I am announcing updates to the Department’s guidance on passports and other consular documents issued to U.S. citizens,” said Pompeo in a statement.

In 2015, the U.S. Supreme Court ruled in Zivotofsky v. Kerry that the executive branch has the sole power to grant recognition to sovereign states, striking down a move by Congress to command the executive to change its position on Jerusalem. While at the time the ruling was a victory for the Obama administration, which had been upholding a policy recognizing no state as having sovereignty over Jerusalem, it now has allowed the Trump administration to change course on the passport issue.

The Zionist Organization of America was one of the first to file the first amicus briefs to the U.S. Supreme Court on the passport issue, doing so 17 years ago, ZOA national president Mort Klein told JNS.

Attorneys Nathan Lewin and Alyza Lewin, who appeared twice in front of the Supreme Court to litigate the passport issue, told JNS ahead of the announcement that they “are very gratified to read press reports that the State Department will shortly be amending its regulations to authorize the issuance of passports to U.S. citizens born in Jerusalem declaring their place of birth to be ‘Israel.’ This will be a long-awaited, entirely correct result.”

Professor Eugene Kontorovich, Director of International Law at the Jerusalem-based Kohelet Policy Forum, said that “the important announcement does what a bipartisan Congress insisted on decades ago, but no president since has managed to carry out.”

“U.S. policy is being oriented around basic reality – indeed, the fact that Jerusalem was not described as being in ‘Israel’ on passports even after the President’s recognition of Israeli sovereignty shows how the State Department has been functioning in an alternate reality for decades.”