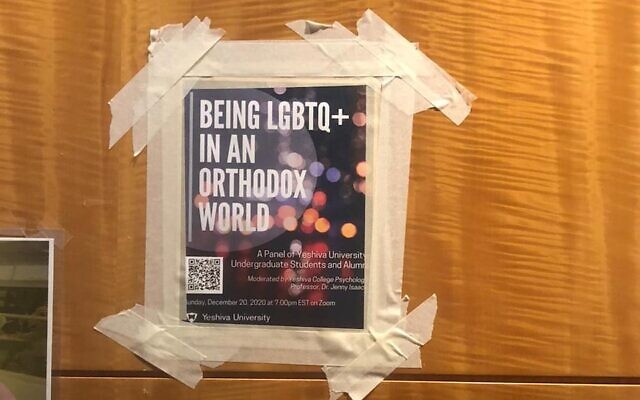 Tuesday’s decision caps a dispute that dates back at least to 2020, when seven LGBTQ student activists and allies filed a complaint with the New York City Commission on Human Rights charging the university with discrimination. Administrators had overruled a student government decision to recognize the gay pride group.

In her ruling, Kotler said that Y.U. is chartered as a non-religious organization and as a result is subject to New York City Human Rights Law.

In its court filings, Yeshiva University acknowledged that while it was incorporated as non-sectarian, it was guided by its religious beliefs. “The court’s ruling violates the religious liberty upon which this country was founded,” a Y.U. spokesperson told The Commentator, a campus newspaper.

Gay sex is forbidden by nearly all Orthodox interpretations of Jewish law, although attitudes toward individuals who identify as queer have eased somewhat in Modern Orthodox settings in recent years.

The Manhattan-based university intends to appeal the decision.

Jewish Queer Youth, a nonprofit representing the interests of gay Orthodox Jews, hailed the ruling as “a victory for human dignity, mental health and safety on campus,” Rachael Fried, executive director of JQY and a Y.U. alum, said in a statement. PJC