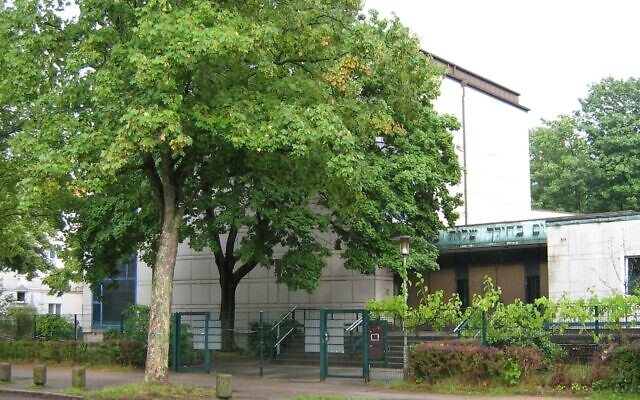 (JTA) — A Jewish student was seriously injured in an attack outside of a synagogue in Hamburg, Germany, on Sunday, days before the one year anniversary of the Halle synagogue attack last Yom Kippur.

According to a police report, a 29-year-old man dressed in military garb hit the Jewish student, who was wearing a kippah, over the head with a folding spade shovel outside of the Hohe Weide Synagogue in Hamburg. The student was preparing to enter the synagogue, where he was marking the Jewish holiday of Sukkot.

The victim was taken to the hospital with what was described as a serious head injury. He was “given first aid by passers-by until rescue workers arrived,” the police report states.

Synagogue security personnel were able to overpower the attacker and hold him until he was taken into custody by Hamburg police, the German daily Süddeutsche Zeitung reported.

The newspaper called the incident an “anti-Semitic attack,” though it reported that nothing else is known about the attacker. Police told Reuters that the attacker’s motive is unclear.

On Oct. 9, 2019, a heavily armed gunman attempted shoot his way into the synagogue in Halle, in eastern Germany. He left the synagogue and killed two people. During the trial, which is currently underway, some of those who were in the synagogue at the time have complained about what they say was a slow police response to the attack. PJC