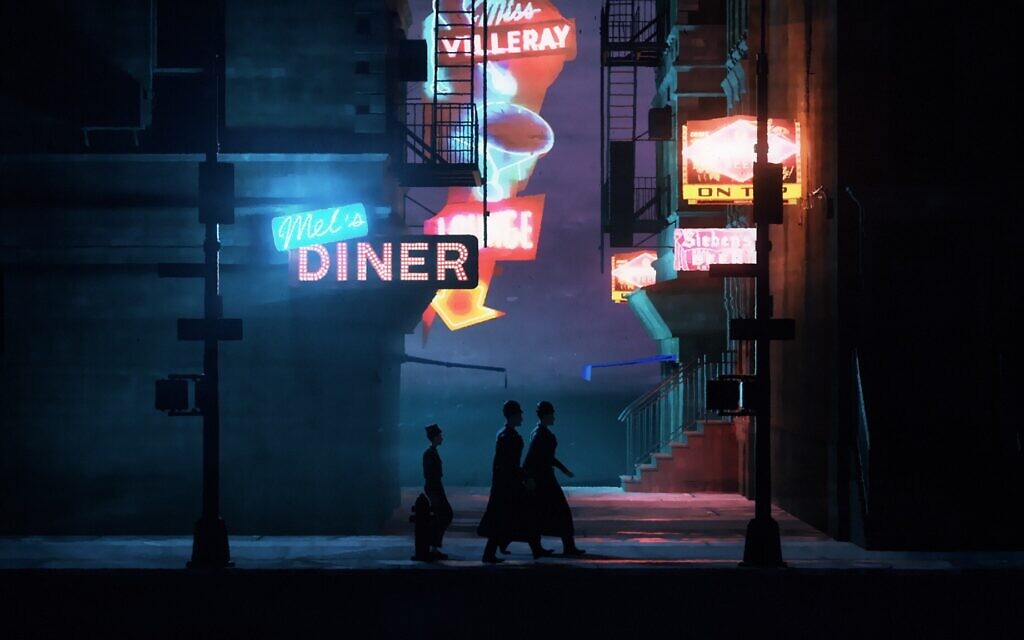 When Arno Mayer joined the Army in 1944 after fleeing France from Nazi clutches, he expected to exact revenge on the regime later responsible for the genocide of his Jewish family.

Riding on a bus with other trepidation-filled young Jewish soldiers, Mayer braced himself to arrive at an airfield, to be shipped to Europe to fight battles against the Nazis in the waning war.

Instead, Mayer and a select group of other German-speaking soldiers were taken to a place their superiors called “nothing”: a place hidden from sight and from the world.

“Nothing” was really a clearing in the woods, a military base masquerading as a summer camp, complete with a swimming pool and ping-pong table. It was known as PO Box 1142.

Shortly after the arrival of Mayer and his peers, a group of German officers, many with Nazi affiliations and including the ranks of rocket scientist Wernher von Braun, arrived as prisoners of war. The soldiers were instructed first to interrogate, but then to simply keep the Third Reich soldiers happy; they would serve an important role in the World War II victory.

Nearly all camp archives were destroyed along with its campus in 1946, but the oral histories of the participating soldiers were preserved and are now available to discover in the quasi-animated documentary short “Camp Confidential: America’s Secret Nazis,” now streaming on Netflix.

Israel-based filmmaker Mor Loushy remembers hearing the 2006 National Park Service archival tapes from PO Box 1142 officers for the first time in 2019 when she was approached by producers Benjamin and Jono Bergmann to help direct the documentary with partner Daniel Sivan.

“It was pretty chilling,” Loushy said.

Loushy recounts one of the first tapes she heard, which is featured in the film: Around Christmastime, the soldiers were asked by superiors to take the German officers to a department store to buy holiday presents for their families in Germany.

The officers almost unanimously decided to buy skimpy undergarments for their wives with their $1,000 budget.

But beyond their roles of glorified babysitters, the “morale officers” at PO Box 1142 had an even more sinister task. Their spoiling of the German officers was a gentle prodding for valuable information on the country’s V-2 rocket production.

“They were already preparing for the Cold War, even before the world understood it,” Loushy said.

In exchange for their intel, the German officers were promised naturalization for them and their families and immunity from war crime charges.

“Camp Confidential” asks the audience less to make a judgment call on whether the young Jewish soldiers made the right decision in succumbing to help in the furtive military agenda and more to question if PO Box 1142 was a justifiable operation in the first place.

“It goes back to the question of whether you can do bad things to achieve good ends,” said Peter Weiss, another Jewish soldier, in the film. “And I would say that if you do that, then the end that you achieve is not worthwhile.”

Mayer and Weiss aside, many morale officers took the classified information of PO Box 1142 to their graves. Mayer and Weiss were even hesitant to share their experiences on film, nearly 75 years after their time at the camp.

“Most of them didn’t tell the [experience in PO Box 1142] to their wives, their kids, their families,” Loushy said. “They kept it a secret. It was very difficult for them.”

The documentary, which began production pre-pandemic in 2019, was released at an opportune time, Loushy said. Though PO Box 1142 was operational three-fourths of a century ago, its newly-learned existence prompts the film’s audience to question what is happening in their own countries; what secrets are still being kept?
Loushy believes “Camp Confidential” is deeply relevant.

“This message was really universal,” Loushy said. “Even today, I think, you know, the U.S. and so many other countries are cooperating with dark regimes. To what extent are you willing to cooperate and to do unethical and immoral things in order to achieve good things?”

“Camp Confidential” adds to the conversation about what “Never Again” truly means.

If valuable information about WWII, the Holocaust and American Jews’ role in the war is still being unveiled, how will we choose to respond “in order to make a better society and to not repeat the crimes that happened in history, to learn something from our history?” Loushy wondered. PJC