It’s hard to estimate the number of times a ball bounces during a basketball game, but it’s a safe bet the total is fewer than the number of lives Alan Mallinger has touched during his career at the Jewish Community Center of Greater Pittsburgh.

Mallinger retired last week after 27 years of service to the JCC.

To many, he was the first face seen in the morning while dropping children off for preschool. To others, Mallinger — or “Mal” — was an afternoon workout companion. But whether welcoming visitors to the Family Park in Monroeville, chaperoning young athletes to the JCC Maccabi Games, delivering meals to homebound seniors during the pandemic, or serving as a sounding board for generations of colleagues, Mallinger remained a steady and smiling presence within an organization priding itself on bettering community.

Mallinger, 66, began his affiliation with the JCC, like many do, as a child.

During the 1960s, he walked to the Squirrel Hill center to play sports and fraternize through the JCC’s youth clubs. Mallinger was a member of a club called the Bullets, which competed against other JCC clubs in basketball, flag football and softball, and which also worked on community service projects. As he got older, Mallinger began frequenting the YMWHA building on Bellefield Street in Oakland — the JCC sold the building to the University of Pittsburgh in 1984 — where he became friends with Lenny Silberman. Mallinger and Silberman had first met years earlier at the Squirrel Hill JCC — Mallinger’s Bullets often competed against Silberman’s Royals — but in their late teens the two developed a bond.

“He was my go-to guy,” Silberman said.

Shortly after being hired by the JCC to oversee sports and recreation, Silberman sought out someone who could work well with parents, children and the community at large to help transform a nascent basketball program. In Silberman’s opinion, no one was better equipped to do so than Mallinger. 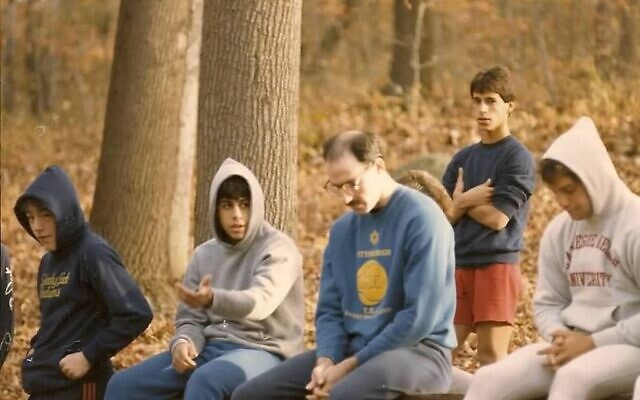 With Mallinger’s help, Silberman and the JCC used basketball to not only engage with 1,000 children in the mid-1980s, but to teach young people fundamentals and lessons about life. And though their teams won several championships, Mallinger, more importantly, served as a mentor to the players.

“The type of human being he is — caring, compassionate, honest, no bull — he’s just a good guy,” Silberman said.

Sherree Hall, a co-worker of Mallinger’s for 25 years, said those traits are what make him more than just a colleague. He’s also a dear friend to her and so many others.

Mallinger is a “cornerstone” at the JCC, Hall said.

“He had so much community history, so much JCC history,” she continued. “He was always the person I could go to and say, ‘I just need a perspective on this.’” 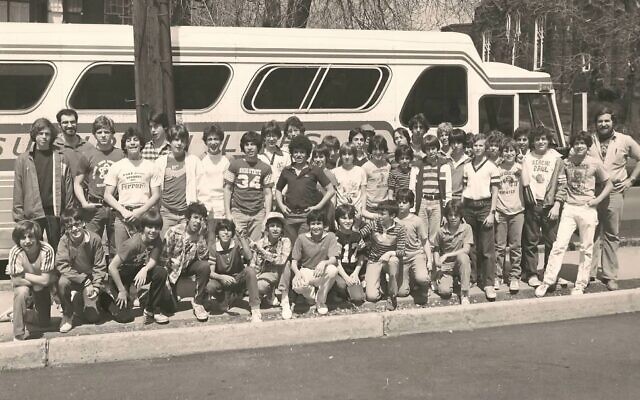 In addition to working side-by-side in Squirrel Hill, Mallinger and Hall regularly chaperoned young athletes out of state to the JCC Maccabi Games — an Olympic-style sporting competition. While away at the Maccabi games, participants often visited amusement parks in the evenings. Hall recalled riding countless roller coasters beside Mallinger. She said the way he handled the bumps, dips and turns on those tracks was no different than the manner in which he approached his professional responsibilities.

“He has a positive attitude that he brings to everything,” Hall said. “It’s something that you can’t teach — you can’t ask somebody to do that — it’s just in them.”

Mallinger’s skills have also been noticed on a national level, said Samantha Cohen, vice president of programs and talent management for the JCC Association of North America.

“For decades, Alan has been a treasured and valued leader, exhibiting deep passion and commitment to ensure the success and continuity of the JCC Maccabi Games — one of the greatest Jewish peoplehood building projects of our time,” she said. “As a parent of three JCC Maccabi athletes and a longtime coach and delegation head, we will forever be grateful for the key role that Alan played in ensuring that thousands of Jewish teens from Pittsburgh and across the globe have had the opportunity to create lifelong friends, strong Jewish identity, and experience the transformative magic of JCC Maccabi.”

Many of the children Mallinger guided through the Maccabi Games and other JCC programs have now grown and become parents themselves. For Mallinger, there is a special joy in seeing another generation commit itself to the same space and practices he has long loved.

“It shows a great sense of community,” Mallinger said. “There’s a belief in the JCC.”

Within its title is its purpose, he explained: “The first word is ‘Jewish,’ the second word is ‘Community,’ and the third word is ‘Center.’ And I believe we are a place that is the center of the community. It’s a place where people meet and grow up together — and it’s not just for Jewish people.” 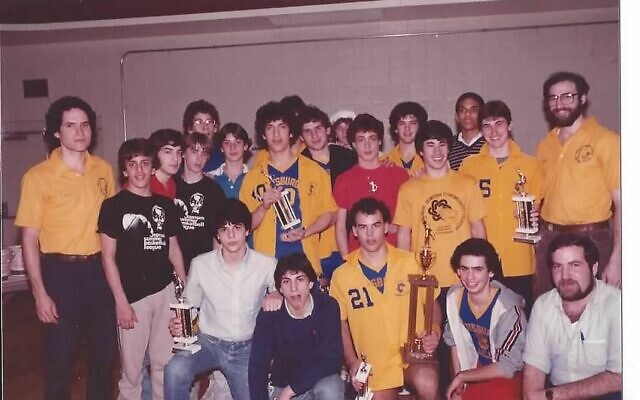 Brian Schreiber, the JCC’s president and CEO, praised Mallinger and said the manner in which he served the organization was a model for colleagues.

Mallinger said that the JCC’s leadership should be recognized for its awareness and understanding “of what’s going on in the community.” For example, through the years, the organization has opened its doors to various programs and meetings, including Alcoholics Anonymous. The JCC recognizes a problem and then tries to address it, Mallinger said, thereby becoming a place “that meets the needs of many.”

Every day, people enter its doors and the results may be far beyond what staffers ever imagined.

For example, 25 years ago, Ellen Olshansky and Richard Pattis walked into the Squirrel Hill JCC with two young boys in tow. Mallinger was the first person to greet the family of four. Mallinger gave them a tour of the facilities and talked to them about what the JCC meant to the larger community. Prior to meeting with Mallinger, Olshansky and Pattis hadn’t yet committed to swapping their Seattle home for one in Pittsburgh, let alone joining the JCC. Shortly after interacting with Mallinger, however, the young family relocated and made the JCC a part of its life.

Mark Pattis, who was 5 at the time, said that for the past 25 years his family has cited that interaction as the primary reason for moving to Pittsburgh and instrumental in his own career path. 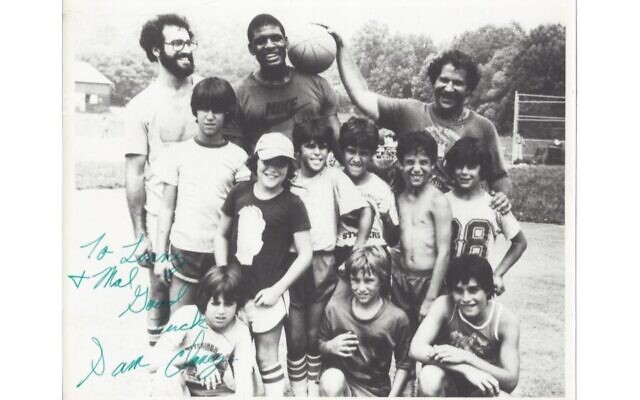 During the next two decades, Pattis, 30, came to appreciate not only the same communal qualities that Mallinger did, but the man himself. Through participation in basketball clinics, the Maccabi Games and eventually serving as a colleague, Pattis learned from Mallinger to “put things in perspective.”

“When you work in a JCC you have members or parents who can get very overwhelmed by things and frustrated,” Pattis said. “Mal wouldn’t get too worked up. He has a sense of humor and he avoids the drama.” In doing so, Mallinger epitomizes the goals that Pattis said he seeks on a daily basis: “to interact and have authentic relationships with people of all ages.”

Mallinger noted that on a regular Sunday it wasn’t uncommon for him to spend his mornings interacting with nonagenarians in the health club and then his afternoons helping kindergarteners on the basketball court through Little Champs Super Hoopers.

“Mal has so much love for the JCC,” and something like that doesn’t end upon a retirement date, Pattis said.

Mallinger agreed that he’ll continue helping the organization as much as possible — he remains the staff liaison for the Jewish Sports Hall of Fame of Western Pennsylvania — and that upon returning from a trip to Florida with his wife Lauren, he’ll be back in the gym, working out and building relationships.

“I’m going to try and get there as much as I can,” he said. “They have a great staff there. I can’t call them my colleagues any more, but hopefully they'll let me call them friends.” PJC