At this point, competitive swimmer Zoe Skirboll, 16, would be justified in taking a break. Last month, she accomplished her goal of swimming at the Olympic Trials in Omaha, Nebraska, and two weeks ago, she was named to the U.S. National Junior Team. A rising senior at Fox Chapel High School, the Aspinwall Jewish teen has already committed to the University of Virginia, one of the country’s top swimming programs.

After achieving so much at such a young age — and considering it’s summer vacation — Skirboll has earned some time off. The thing is, all she wants to do is prepare for her next challenge, regardless of whether it’s in the water or on dry land.

“Everything that I want to do now is to try to better myself for college, whether that’s in school, in the classroom or on the pool deck,” she said. “I think just bettering myself before college and just keeping myself motivated is one of my main goals.”

She wants to arrive at the University of Virginia, she said, “ready to perform.”

Being on Team USA should help. Following the Omaha-based Olympic Trials — where she finished 25th in the 100-meter breaststroke; 27th in the 200-meter individual medley; 41st in the 50-meter freestyle; and 44th in the 100-meter freestyle — Skirboll was one of 22 girls selected for the National Junior Team. (USA Swimming selected athletes for both its Olympic Team and its National Junior Team based in part on their performances at the trials.) 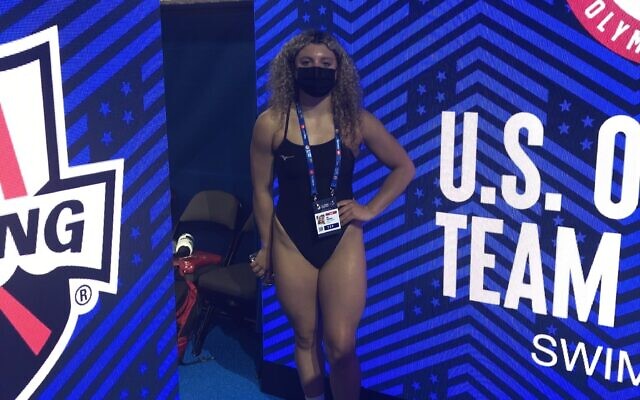 Joining the National Junior Team is an important stepping stone for young athletes, explained Lindsay Mintenko, managing director of USA Swimming’s National Team, in a prepared statement. Through U.S.-based practices and worldwide meets, these young swimmers will gain “valuable training and racing experiences which we feel are critical to success on the international stage,” said Mintenko. “Junior athletes are an important conduit to our Olympic Team.”

Even though team practices haven’t yet officially begun, Skirboll is already excited about the possibility of traveling to Colorado Springs and the U.S. Olympic & Paralympic Training Center.

Skirboll already knows three of her teammates — they have also committed to the University of Virginia — but she hopes being in Colorado Springs with the entire group will give the girls, ages 14 to 17, a chance to work together before traveling globally, she said. 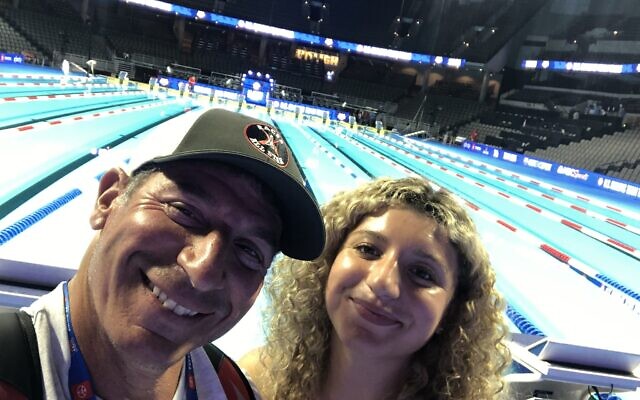 Zoe Skirboll, right, and her dad and coach Jim Skirboll stand near the pool during the Olympic Trials. Photo courtesy of Jim Skirboll

Participation on the National Junior Team is a one-year commitment. Given her age, Skirboll is eligible to compete next year as well, as long as she requalifies. But even before thinking about making the team a second time, or the competitions that could take place in 2022, there’s plenty to focus on in the months ahead. Skirboll and the 42 other swimmers on the National Junior Team will represent the United States at the third and fourth legs of the 2021 FINA Swimming World Cup. The competitions are slated for Oct. 1-3 in Berlin and Oct. 7-9 in Budapest. Leading up to those meets, Skirboll will work with head coaches Chuck Batchelor and Kate Lundsten.

Until Skirboll’s work with the National Team begins, she will follow a routine similar to the one that brought her to this point. She’ll keep working with Jim Skirboll, her dad and the head swim coach for Racer X Aquatics, and continue practicing six days a week.

The demanding routine is familiar, even if her mindset has changed. For so long her focus was on swimming at the Olympic Trials and making the Junior National Team, but having realized those personal goals, she appreciates she is “part of something bigger than myself now,” she said. “I’m swimming for Team USA.” PJC