Throughout Eden Sittsamer’s childhood, she and her father, Murray, often traveled about 300 miles east, from Farmington Hills, Michigan, to Squirrel Hill. Nestled inside the East End neighborhood was a score of family members — aunts, uncles, cousins, grandparents, even a great-grandmother. Jack Sittsamer was her grandfather, a Holocaust survivor who survived six German concentration camps and told his tale to 100,000 listeners nationwide.

“We would come to Squirrel Hill multiple times a year to visit, and Squirrel Hill was kind of all that I knew of Pittsburgh — and I loved it,” said Sittsamer, 24.

So after graduating Michigan State University two years ago with a degree in human capital and society, she accepted a job as a diversity and workforce development specialist at UPMC and moved to Pittsburgh. Ultimately she decided to live in Lawrenceville, as she was already familiar with Squirrel Hill and wanted to explore.

“I’d gone out to dinner here, like once or twice as a visitor, and I just happened to find a great place for me to live,” she said.

During her first few months as a Pittsburgher, Sittsamer eagerly explored her surroundings, returning to nostalgic haunts and venturing to new locations, and through organizations like OneTable and the Jewish Federation of Greater Pittsburgh, she became friends with other Jewish young adults. 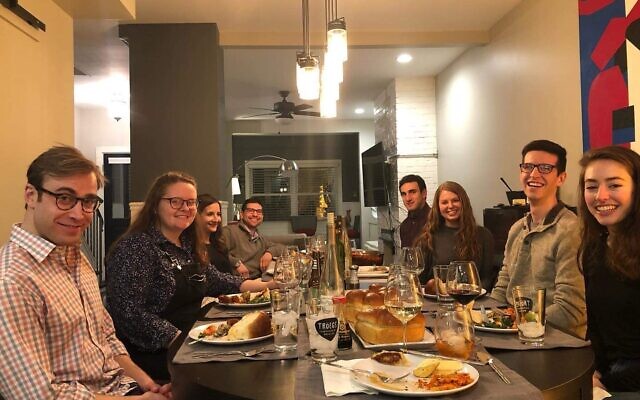 Her network and new life were blossoming. But then, when COVID-19 materialized in March 2020, both came to a halt. Work went remote and she found herself spending more time alone.

But, intent on maintaining her social life, Sittsamer found ways to be with her Jewish peers, online. First, she joined a virtual game night Shabbat through Federation’s Young Adult Division and later facilitated a similar event for newcomers. And as the pandemic stretched on, her involvement with the Federation grew, and she began to host a Jewish young adult book club and joined YAD’s outreach and engagement board.

One activity led to the next and, in the process, “I found friends, which is so nice,” she said.

Two weeks ago she started a new job. After nearly two years as a diversity and workforce development specialist at UPMC’s Center for Engagement and Inclusion — which had allowed her to work closely with JFCS’ Career Development Center to help people who had difficulty getting jobs find employment opportunities at UPMC — Sittsamer became a talent acquisition coordinator with Duolingo, a Pittsburgh-based language learning app.

“I’m already kind of moving into my next chapter here in Pittsburgh, which is really funny,” Sittsamer said, “since not all that much time has passed.” 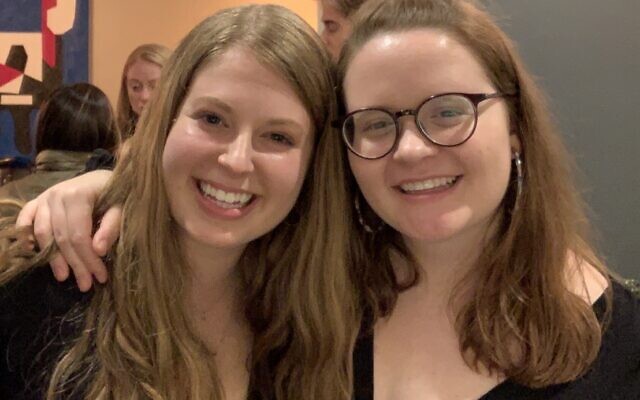 It may have only been two years since Sittsamer made Pittsburgh her home — and the bulk of that period was dominated by the pandemic — but she’s happily singing the city’s praises already.

“I try to spread the Pittsburgh gospel, but I also just try to invite people to come visit me,” she said. When she hear of new people who are moving to Pittsburgh, she tries to connect them or meet up with them, “and let them know that there’s a Jewish community here and there’s young adults here who they can connect with and who will kind of show them around.”

Sittsamer may be an advocate for the city and its Jewish community, but there’s still one thing she can’t quite get behind.

“I haven’t become a big Pittsburgh sports fan,” she said. “I just feel like a fan of Pittsburgh, as a region and as a place in my heart.”

Who can blame her? It’s tough to stop loving the Detroit Lions… PJC