On a snowy January morning, Greenfield resident Ilene Winn-Lederer drove her college-bound son downtown. He was due to catch a bus back to Columbus, Ohio, and conditions were such that Winn-Lederer could barely see beyond her windshield. After approaching the station, Winn-Lederer told her son to hop out of the idling car and purchase a bus ticket. She said she’d park in the covered garage and meet him inside before his departure.

Reaching the station was challenging enough, but moments later Winn-Lederer faced a worse predicament. As she headed up the garage’s narrow ramp, her snow-covered tires wedged against a barrier. Her car wouldn’t move. At the same time, an opposing vehicle, with its driver seeking to exit the ramp, was descending toward her.

“I was panicking and praying,” Winn-Lederer recalled. “All of a sudden I turned around and there were these three hefty men, and they said, ‘Could we help you?’”

As she remained in the driver’s seat, the strangers lifted her car.

“I felt it go up, and then felt it plop down on the concrete,” Winn-Lederer said.

With the car safely planted on Penn Avenue, Winn-Lederer turned to thank the good Samaritans. But they were gone. And no one else was nearby.

“I can give you any rational explanation for this but in my heart of hearts I don't believe that this was anything other than a complete weirdness and a miracle,” she said. 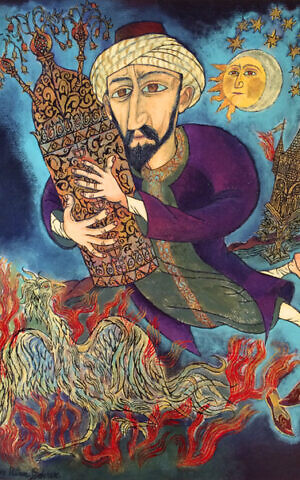 Miraculous tales are not uncommon. In fact, a Pew study found that nearly 80% of Americans believe in miracles.

What makes many of these stories so intriguing, Rabbi Seth Adelson of Congregation Beth Shalom explained, is they often involve the supernatural or feats of phenomenal strength.

In Winn-Lederer’s case, her car, a 1995 Dodge Stratus, weighed about 2,900 pounds. The average human can lift 150 pounds. For Winn-Lederer’s story to mathematically compute, each of her helpers would have needed to hoist nearly seven times more than what an average person can lift.

Over the years plenty of congregants have told Adelson they’ve lived through miracles. He said he believes these extraordinary episodes can occur, even if he’s never experienced one himself.

But what exactly is a miracle? The Chanukah story is miraculous, according to the sages, because a tiny jug of oil lasted eight nights and a small group of Maccabees defeated a larger army of Greeks. Throughout the Bible, there are tales of seas splitting, the sun stopping and people exiting fiery furnaces unscathed. These stories, like others within the Jewish canon, Adelson said, are inspiring even if they seem beyond the realm of what’s physically possible.

“It is an essential part of my theology to accept our traditional story as having incorporated these miracles,” he said, “but the way I understand our relationship with God today is that our lives consist of many tiny miracles.”

Rabbi Mordy Rudolph, of Friendship Circle of Pittsburgh, agreed and said that our understanding of miracles is fueled by perception.

At the age of 18, Rudolph and a classmate were driving to New Jersey. As they made their way along the Pennsylvania Turnpike, their car headed off the road, flipped over and landed beneath a 150-foot embankment. Rudolph was life-flighted to a local hospital. His friend suffered a concussion.

Looking back on it years later, Rudolph thinks there are several ways to interpret the event: One can say they survived because they were driving a Volvo, or because of the way that the accident unfolded; or, one can say that it was simply a miracle.

Whether it’s the story of Chanukah or the Six Day War, Rudolph said, Jewish history is full of miracles, but “I think so much of it is based on our perspective.” 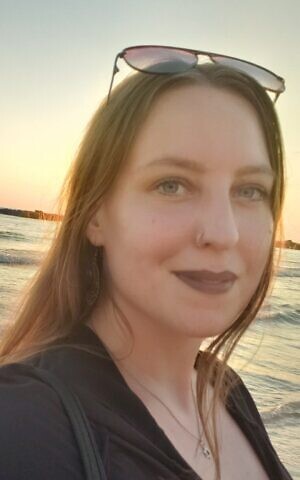 Had it ruptured, Biersdorff said, the cancer inside of it would have spread throughout her stomach and resulted in a stage 4 diagnosis.

Although the tumor was gone, doctors told Biersdorff that she wasn’t cured. She was diagnosed with Lynch Syndrome — a condition that increases one’s risk of colon cancer, endometrial cancer and several other cancers — and is required to return to UPMC Hillman Cancer Center twice a year to ensure no new signs of cancer develop. The tests, Biersdorff said, include colonoscopies, mammograms, breast MRIs, brain MRIs, kidney scans and biopsies of her colon and uterus.

“It can be overwhelming,” she said. “You’re living between two kingdoms: the kingdom of the sick and the kingdom of the healthy. People think there’s an ending to cancer, but people don’t know that you have to live essentially scan to scan.” As soon as one test finishes and the results come back the clock restarts.

“I feel like I’m living on borrowed time because I shouldn’t be here,” she said. “As young adults, we think we will never die, but once you’re diagnosed, there’s before and after.”

Biersdorff, now 31, says she’s experienced many miracles — her health, the fact that doctors finally listened to her and that the science was in place for her treatment — but a recent experience took her by surprise. While staring in the mirror, Biersdorff noticed her first gray hair.

“That gray hair is a miracle,” she said. “I’m so grateful to be on this side of the ground.”

Biersdorff teaches religious school at Temple Sinai, volunteers with the congregation and works at the Greater Pittsburgh Community Food Bank. She said her daily activities remind her of life’s miraculous nature.

“I think we are all living miracles,” she said. “No one’s life is perfect…Being able to overcome the trials that show up in your life, and take those failed dreams and make them into something that you can still be proud of, I think that’s a miracle.”

If people altered their perspective even a bit they might realize “how lucky we are to be here,” she continued. “To be here in this moment, we can all be miracles to each other.” PJC