Dr. Elaine H. Berkowitz, 77, has been a regular at Congregation Beth Shalom for years, but since the pandemic, her attendance has shifted primarily to Zoom.

Virtual attendance, especially during the holidays, isn’t always easy though, Berkowitz said. Once services finish, people don’t socialize like they do in person, and that’s something the North Hills resident misses.

“It’s very lonesome over the holidays,” Berkowitz said. “I don’t have any family. After Rosh Hashanah, I turned the Zoom off and it’s kind of sad. I tried to make all the food, but with the Zoom it’s not been easy.”

While local Jewish organizations offer a panoply of access points for community engagement — from classes and religious services to Sukkah hops and Purim carnivals — many of those programs are geared toward children, families or couples. Jewish seniors who are single often must work harder to find ways to engage with Pittsburgh’s Jewish community, and the pandemic made participation even more challenging.

Prior to the pandemic, Berkowitz had an active social life and enjoyed traveling. As a member of the Army Reserves for 38 years, she completed four overseas tours: one in Iraq and three in Kosovo. She also volunteered with several organizations in Pittsburgh, including Operation Safety Net.

“I was really busy all the time, but COVID really screwed a lot of things up,” she said. “I’m fine being alone. I’m very self-sufficient. I have a lot of things to do, but not being able to go places makes me mad.”

Berkowitz longs to travel again, but is often perturbed by the treatment of those traveling alone. She doesn’t understand why the cost of a hotel room is the same for a couple as it is for just one person, or why seating at so many events — Jewish programs included — isn’t single-friendly.

“When I’m at a function, if it’s not reserved seating I’ll wait till everyone sits down because I don’t want to break up anyone,” she said. “I just think it’s the right thing to do. I don’t want to take up two seats — then someone can’t sit with their spouse.”

She said going to certain functions can be “lonely,” but nonetheless, she makes it a point to attend. “You got to get out, volunteer and be with friends,” she said.

Squirrel Hill resident Marcia Stewart started frequenting morning minyan at Tree of Life Congregation after her father died almost 30 years ago. Stewart, 91, was a regular attendee until the pandemic began in March 2020.

“I miss going to minyan in the morning but truthfully, at this point, if I can sleep past quarter of 6 I’m not going to get up and go to minyan,” she said. “I’m not someone who gets up and throws on clothes and runs out of the house. I’m 91 years old — my motor doesn’t run that quick.” Stewart recently broke four ribs. Between the injury and pandemic, she said she’s more home-bound than ever.

Nonetheless, she is grateful to have her three children living nearby. Their company keeps her busy and occupies many mealtimes. While some of her contemporaries enjoy lunch dates, Stewart isn’t keen on joining.

“I can raid my own refrigerator,” she said.

Stewart’s husband died five years ago. She still attends concerts and theater throughout the city, but apart from morning minyan, she isn’t sure what opportunities exist to engage in Pittsburgh’s Jewish community.

Stewart is hopeful that once her ribs heal and the pandemic subsides, she’ll be able to go out again. 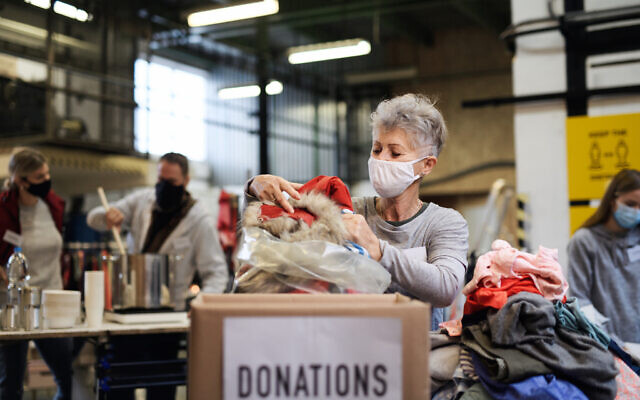 Photo by Halfpoint via iStock

Prior to the pandemic, Squirrel Hill resident Joe Charny was a staple at the Jewish Community Center of Greater Pittsburgh. Charny, 93, often rode the stationary bikes and chatted with others nearby. Once the pandemic began, however, Charny changed his routine. These days, he mostly walks in the parks and through Squirrel Hill’s business district. He still attends morning minyan at Tree of Life, but now through Zoom.

Charny said he tries to attend various Jewish functions and meetings — once a month, he and other survivors of the Oct. 27 shooting at the Tree of Life building meet at JFCS — because seeing people and “keeping moving” are essential.

“The fact that I’m alone and old is no reason not to be active,” he said.

“I can’t bring my wife back to life, and so most of the things I do I do by myself, but that’s no reason to stop doing anything,” he said. “I try to be as active as I can be every minute of the day. Some days it doesn’t work and I just stand there and say, ‘What the hell is going on’ but I really do try to keep moving.”

She said getting to services can be challenging, and once she arrives doesn’t always enjoy being there.

“Unless I walk into a synagogue with someone else, I will be left standing,” she said.

Driben loves when people approach her to say hello, but would appreciate it if they also said goodbye. That way, she said, she could avoid “talking to thin air.”

Driben also is appreciative when people bring her food at a function, but after they deliver the meal, she said, it would be great if they offered even a bit of conversation. She knows people are often uncomfortable making small talk with a stranger, but it would mean a lot to her and to other senior singles, she said.

“If you see a person standing or sitting by themselves, walk up and say hello,” she said. “Particularly for someone with a disability, we don’t have the flexibility of getting up and introducing ourselves.”

Whether it’s offering a senior a ride or inviting that person for a Friday night dinner, the gesture would go far, said Driben.

Greenfield resident Audrey Glickman is active with Pittsburgh’s Jewish Community. In addition to working at Congregation Beth Shalom, Glickman, 64, is involved at Tree of Life, where she regularly leads services. She believes Jewish communal organizations are good at creating opportunities for learning and prayer for adults, but not necessarily for socializing and recreation.

“That’s what’s missing for our age,” Glickman said. “I know it’s a pandemic, and we can’t do this during a pandemic, but people recently singled at this point are having a hard time.”

Glickman said many of her peers could use a break from their everyday demands. Whether it’s dealing with teenagers or college-aged children, caring for aging parents or managing financial matters, “none of it is playtime,” Glickman said.

Jewish organizations — and their members — could strive to change a culture, Glickman suggested. As opposed to simply holding meetings or programs, organizations could encourage adults to arrive early and fraternize. Or after the event concludes, participants could gather elsewhere.

Glickman said she and other people from the Squirrel Hill Historical Society regularly go out for ice cream together following their meetings. But that type of post-program activity doesn’t typically happen with Jewish events.

“We are always structured in things,” Glickman said.

Whether it’s game nights, opportunities to play music together or some other way to meet up in a carefree way, “we should be pretty good at doing this,” Glickman said. “We have the connections, and it will strengthen the community.” 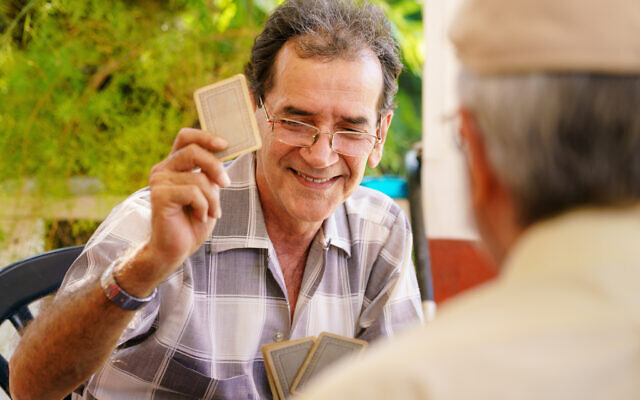 Photo by diego_cervo via iStock

Suggestions to curb the isolation

For 13 years, Amy Gold has worked with seniors and singles at the Squirrel Hill JCC. As program coordinator and information and referral specialist at Agewell at the JCC, she has welcomed visitors for lunch at J Cafe and directed them to other programs. When the pandemic halted many of these in-person offerings, Gold encouraged those with computer access to participate in Virtual Senior Academy, an online learning platform.

“Although the in-person contact is still missing, it does provide a different form of socialization and interaction,” she said.

Even so, Gold acknowledged it’s a difficult time for singles. Before COVID-19 shutdowns began, one-third of adults between the ages of 50-80 said they lack regular companionship, a University of Michigan-AARP study found.

For older adults, the pandemic has “exacerbated” social isolation and loneliness, according to the National Council on Aging.

Gold not only knows the data but the names and stories that fill the demographics. She tells people that if they’re feeling isolated, their friends and neighbors are probably feeling so as well.

“Reach out and include someone on a walk, or on a front porch or backyard visit,” she said. “This will make you feel better as well as another person or group of people.”

With winter soon to come and the pandemic still remaining, there’s a chance Pittsburghers will experience another season of ice and isolation. Gold knows she can’t change the weather, but she believes the community can better itself and aid adult singles by warming each other’s hearts.

“We have to look out for each other and reach out to each other,” she said. “We never know the positive impact one check-in phone call or one invite might have on you and someone else.” PJC