Squirrel Hill residents Sarah and Stan Angrist received a phone call at 6:25 a.m. on Oct. 11. The caller, a Florida-based reporter, told them their son Josh had just won the Nobel Prize and she’d like to speak with him.

Bewildered, and barely awake, Stan declined to share Josh’s number and hung up. Still puzzled by the call, though, Stan powered on his computer and saw The New York Times had announced that Josh Angrist, a professor at Massachusetts Institute of Technology, was one of three winners of the Nobel Prize in economics. Stan and Sarah immediately phoned their son, who was preparing for a season-ending sail at Cape Cod.

When Stan asked his son if he knew about the story in The Times, Josh, 61, replied, “‘Well, yes, I see I’ve been getting a lot of texts, but the truth of the matter is I have lost the phone number for the Swedish Academy in Stockholm and I’m looking for it right now,’” Stan told the Chronicle. As it turned out, representatives of the Royal Swedish Academy of Sciences had phoned Josh earlier, but because of the time difference between Massachusetts and Stockholm, the call came in the middle of the night, after Josh had silenced his ringer.

Several days have passed since the bevy of calls and messages began, and Stan and Sarah are still trying to contextualize it all. When asked what it means to be a parent of a Nobel Prize winner, Sarah said, “It's hard to say. We have three sons. Josh is the oldest. All of them are very bright and very accomplished and they're real menshen.”

“We've encouraged them,” Sara continued. “They're wonderful children, and they now have families themselves. We're very lucky, Josh and his wife, Mira, are grandparents already.” 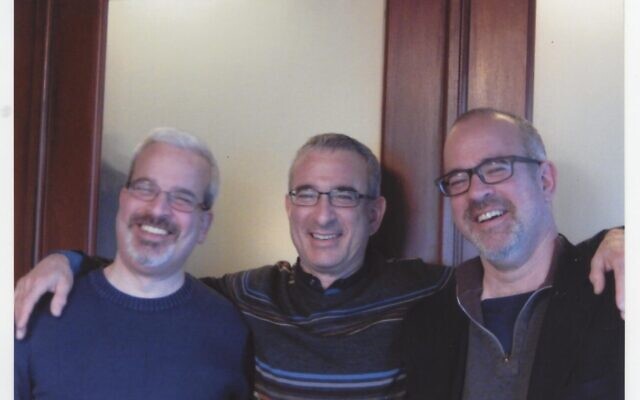 While Stan and Sarah shep nachas when it comes to their family, they are wary of offering child-rearing advice. Raising a Nobel Prize laureate was never on their radar, they said.

Josh grew up in Shadyside, attended the Hebrew Institute and celebrated his bar mitzvah at Dor Hadash. But Stan and Sarah — both former faculty members at Carnegie Mellon University — observed Josh’s growing disinterest in school.

As a teenager Josh was “restless” and “not too engaged with studies,” Sarah recalled. He was interested in writing and producing plays and participated in a teen group at the Jewish Community Center.

“High school was difficult for him and for us,” Stan said. “I got to tell you, he spent a lot of time at Rhoda’s, which was a deli on Murray Avenue near Allderdice. He and some of his buddies spent a lot of time there when they should have been in class.”

“I wasn’t a precocious high school student,” Josh said in a conversation hosted by MIT shortly after the Oct. 11 announcement of his Nobel Prize. And it wasn’t until he graduated early from Allderdice, then spent some time working with disabled children, that he decided he “really probably should go to college.” 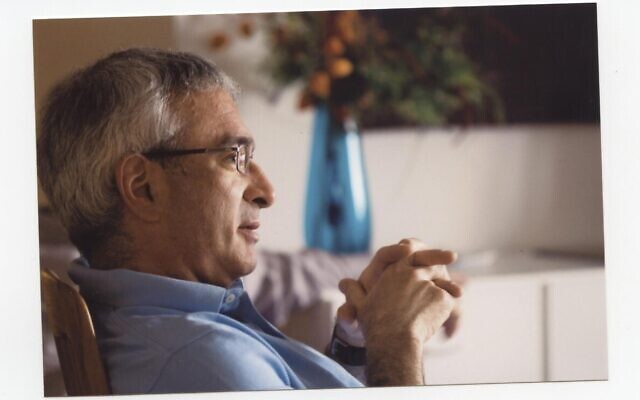 As a freshman at Oberlin College, Josh took Econ 101 with Robert Piron — now an emeritus professor at Oberlin.

“It was all new to me,” Josh said in the interview hosted by MIT. “I hadn’t been exposed to economics in high school. I loved my Econ 101 course. It was a whole way of looking at the world. It just resonated with me and I never stopped loving it.”

After graduating from Oberlin in 1982, Josh moved to Israel. He started graduate school at Hebrew University but dropped out “after about a year of some struggle,” he said.

Having become an Israeli citizen, Josh served in the IDF for two years before convincing his Israeli wife, Mira, they should return to the States. Once back in America, Josh began graduate school again, this time at Princeton University, and completed his master’s and doctorate in economics. As a young scholar, Josh taught at Harvard and Hebrew University before eventually becoming a professor at MIT.

Josh described his academic path as “sort of a winding road.”

His parents said those travels were difficult at times but it taught them to “back off and to listen to him — and to understand what he was somehow searching for but didn't find in high school,” Sarah said. Raising children is hard, she continued, “and with the firstborn, you know, sometimes you make mistakes.”

Stan, though hesitant to offer advice because “everybody’s situation is different,” said if there was anything he could tell others who are seeking input on raising a Nobel Prize winner it’s “just don't give up on your kid.”

“It’s challenging…and being a Jewish mother and a Jewish father, I don’t know, we just lived through it,” Sarah laughed. “It's a learning experience to be a parent.” PJC