In the midst of a 19th-century global pandemic, one rabbi advocated for a High Holiday season of social distancing, abbreviated services, reduced singing and absolute transparency regarding one’s health prior to entering a synagogue. The rabbi, before disseminating the communal edicts, worked in concert with medical experts and local governmental authorities.

Ultimately, having successfully spared the lives of thousands, the rabbi was heralded. When a representative of Frederick William III, King of Prussia, knocked on his door on Sept. 5, 1831, it was Shabbat. The representative opened an officially sealed document and read aloud the royally signed letter. For his efforts in combating the rages of cholera, Eger, a master Talmudist and community titan who represented more than 60,000 Jews in the city of Poznań, had been venerated.

The cholera pandemic would last another six years, and kill approximately 250,000 people across Asia, Europe and the Americas, but Eger’s work likely prevented thousands of deaths, embodying the biblical principle of “v’chai bahem,” that Jewish law demands vitality. 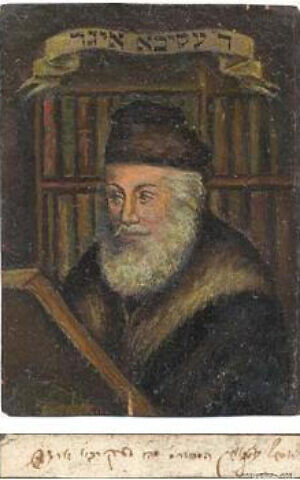 Nearly 200 years after those efforts, as more than 980,000 people have died worldwide due to COVID-19, Eger’s great-great-great-great-grandson Rabbi Shimon Silver of Young Israel of Pittsburgh translated into English his ancestor’s written regulations, warnings and general rules of conduct, and submitted the work for inclusion in a High Holidays pamphlet published by the Kollel Jewish Learning Center.

Originally written in German, then translated into Hebrew almost 50 years ago by Rabbi Nosson Gestetner, the material is notable for several reasons, explained Silver. Despite writing in German, Eger engaged in code-switching: Whenever referencing a synagogue, Rosh Hashanah or Yom Kippur, he printed those words in Hebrew for emphasis. Eger also urged people to be honest as to whether they were experiencing symptoms of cholera.

Eger also was dealing with a densely populated city where Jews, who were working largely as peddlers, shoemakers and in metal trades, were living in close quarters, explained Yoni Zisook, a doctoral candidate at City University of New York and a visiting researcher at Hebrew University’s Department of Jewish History and Contemporary Jewry.

Even before the cholera outbreak, there was recognition that Poznań was overpopulated, and various efforts to encourage people to move to nearby cities and towns. So, when Eger responded to the reality that disease can rapidly spread in a tightly packed area, the residents accepted the directives, said Zisook, who in 2018, as a fellow at the European University Viadrina, conducted research in Poznań.

“There was a sensitivity to the community, to the community’s needs and to doing whatever was needed to preserve life,” said Rudin. “As I read it, it was so overwhelming to me that the rabbi, under the needs of the people and the devastation that this cholera epidemic was causing, was so capable of giving direction and informing others what was proper to do to save their lives.”

The city’s low mortality rate was a credit to Eger and the members of Poznań’s rabbinic court, wrote Andrej Simcha Neuschloss in “Rabbi Akiba Eger: His Life and Times.” 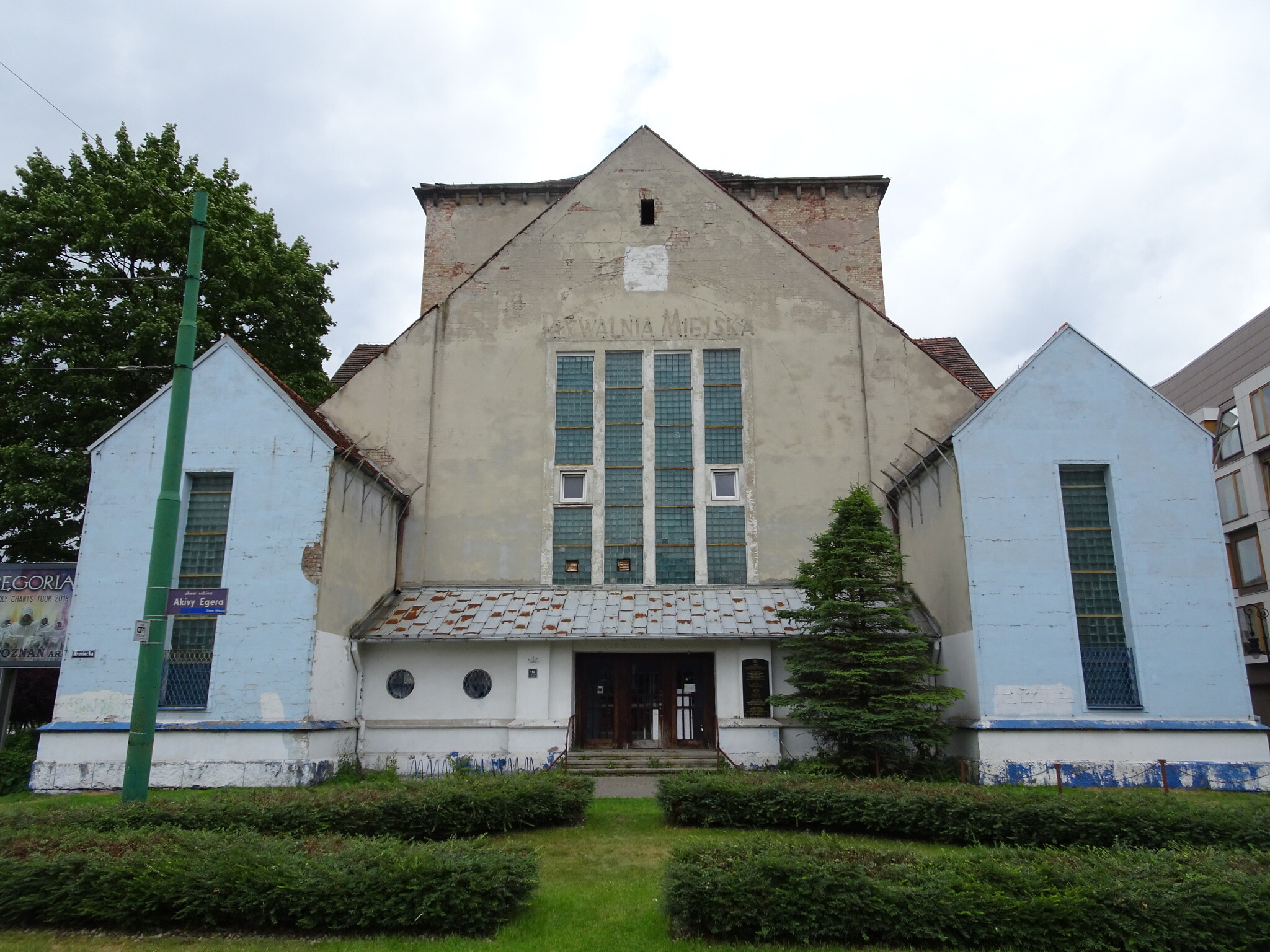 The surviving “New Synagogue,” dedicated in 1907, in Poznań. On the left is a street sign for Rabbi Akiva Eger Square. Photo by Yoni Zisook

Eger was well aware of his constituents’ habits, and when it came time for the High Holidays of 1831, he used his authority to ensure that safety measures were in place.

Apart from dictating that large and lengthy in-person gatherings should be avoided, he wrote that those who do attend services are obligated to eat something warm before arriving, and that the synagogues themselves should only permit half of their seats to be filled. Additionally, local authorities would ensure that certain practices were followed.

“To maintain order an army guard will be seated at every entrance to a shul, people will be expected to show him the tickets, and special police officers will also be responsible to maintain this arrangement in the shuls,” wrote Eger. 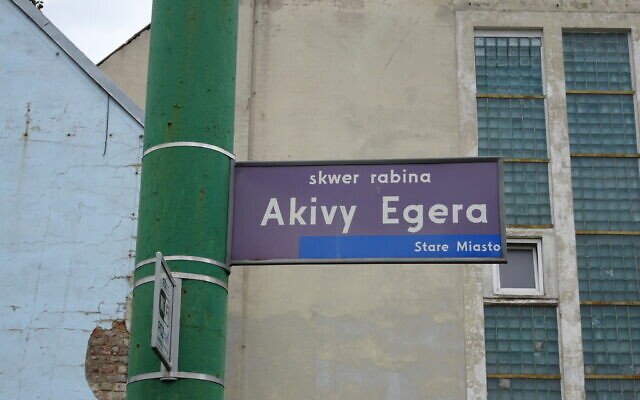 Some tension did exist between the Jewish community and its non-Jewish neighbors, but by and large relations were good, and the governmental powers appreciated Eger’s efforts, said Zisook.

There is an overlap between the 19th century cholera pandemic and the current coronavirus pandemic, but understanding each period’s historical context is critical, explained Menachem Butler, a program fellow at The Julis-Rabinowitz Program on Jewish and Israeli Law at Harvard Law School.

Butler, a historian whose family has lived in Pittsburgh for more than a century, said he is excited to share the material with students.

When Rabbi Doniel Schon, associate dean of the Kollel Jewish Learning Center, asked Silver several weeks ago to submit an article for the organization’s High Holidays pamphlet, he wasn’t expecting the work to eventually show up in a Harvard Law School class, but its lessons apply broadly.

“This document shows historically what Jews did in this situation, and we always look for precedent,” he said. PJC