Kenny Gould, a beer-focused storyteller, has drafted a new chapter — this time with a travel show.

“Next Exit” will be another vehicle for Gould, a Jewish Pittsburgh-based author, journalist and entrepreneur, to share his love of brew with a dedicated audience. The 15-minute pilot, which goes live at 6 p.m. Nov. 3, on YouTube, takes viewers on a tour of classic Steel City haunts, including Pittsburgh Brewing Company (both its former Lawrenceville location and new East Deer site), Kelly’s Bar & Lounge in East Liberty and Chengdu Gourmet in Squirrel Hill. At each stop, Gould — whose Hop Culture Magazine Instagram account surpassed 100,000 followers — learns about the venue, its menu and cultural contributions to the surrounding area.

“Next Exit” was inspired by popular shows including “Parts Unknown” and “Chef’s Table,” Gould told the Chronicle.

The idea, he said, is using “beer as a lens but not the subject.” In that way, the beverages become a mechanism for helping viewers understand an area’s “culture, tradition and place.”

Gould, 30, has been telling this story for nearly a decade. First at Gear Patrol in 2013, then after founding Hop Culture in 2017, he’s relied on detailed text and rich imagery to narrate larger tales. In subsequent years Gould applied the format both at Hop Culture, and in pieces for Forbes, Thrillist and Bon Appétit, to explore unique bonds between maker, drinker and place, and enable readers to appreciate that beer is much more than a (not always) mildly alcoholic refreshment to be slugged back after a long day.

Gould’s efforts proved successful: Hop Culture expanded to a team of 10 people who hosted 35 beer festivals nationwide and crafted a newsletter reaching 100,000 readers each week. But even with that growth, a lack of resources precluded Gould from tapping into video. All that changed in late 2020 when Hop Culture was acquired by Next Glass, a venture-backed parent company to Untappd, BeerAdvocate and Oznr. Gould came on as Next Glass’s creative director and began overseeing design and branding for the parent company’s platforms.

He realized that, like Hop Culture, each of Next Glass’ brands boasted a unique audience, and began thinking about how best to reach those groups individually and collectively. Gould entertained the idea of video, and with Next Glass’ support started working on “Next Exit.” After he and Tisha Hulburd, Next Glass’ chief marketing officer, developed a script, Gould and a Pittsburgh-based crew of two videographers and a sound technician spent a day filming in late July. Several weeks after post-production, “Next Exit” was ready for release. 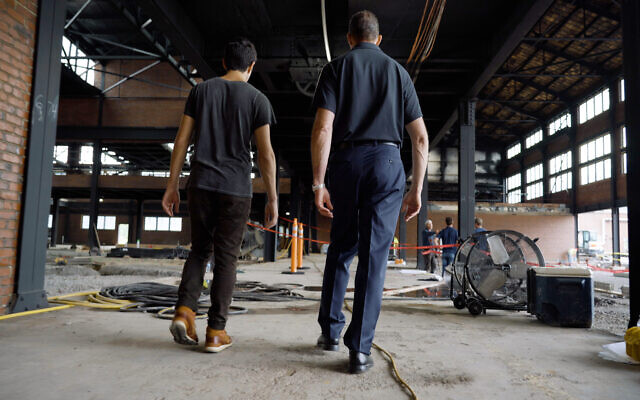 The show’s first season will include five more episodes, though the location of each has yet to be determined.

For the pilot, it was important to portray “the city that I love in a really positive light,” Gould said. Moving forward, he continued, the hope is that viewers will reach out and help others discover “cities that may not be thought of as the most popular tourist destinations.”

Once the season is complete, Gould doesn’t know whether Next Glass will want to bring the series to a network or streaming service, or manage distribution internally.

“It’s something we’ll figure out,” he said.

For now, the goal of the show is to follow a formula that helped Hop Culture transition from its humble origins — Gould started the company of one, with zero advertisers and no followers, inside his then-Shadyside apartment — into a global brand.

“We’re going to try something, talk to people about their experience with it, iterate and make it better,” Gould said. And with that as the process, he continued, “Next Exit” will help a lot of people find “interesting places, cool people and cold drinks.” PJC