Leave it to Kenny Gould, the sage of stouts — he knows that if ever there’s a time to brew a new idea it’s during a pandemic.

For the past seven months, as restaurants, businesses and other elements of society went dormant, Gould expanded beyond his popular digital magazine Hop Culture into a new domain: coffee.

“I don't like to sit still,” said Gould. “Put me in a house for too long and I start three companies.”

Prior to March 2020, Gould and his team at Pittsburgh-based Hop Culture were hosting live beer festivals nationwide. Whether in Boston, Nashville or Berkeley, California, the craft crew took their alcohol-related expertise and cheerful irreverence on tour. When COVID-19 hit, however, live events were no longer possible.

“Our team got together and said, ‘What do we do now?’” and almost immediately, Grace Weitz, Hop Culture’s head of partnerships, suggested shipping coffee, recalled Gould.

The idea sounded sweet to the cafephiles.

“We can't ship alcohol directly to consumers — that's not legal, we don't have that type of licensing — but you can ship coffee anywhere you want, you don't need any special permit,” said Gould.

So Gould and company launched a new project: The Hop Culture Coffee Club.

In order to fashion the subscription service in Hop Culture’s image, it required a bit of familiarity, so, rather than shipping two 12-ounce bags of just any java each month, Hop Culture partnered with breweries that roast their own beans. As an added perk, and paying homage to Gould’s journalistic interests — apart from founding his own magazine and authoring a book, he is a past contributor to Forbes, Men’s Health and Thrillist — club members received a biweekly newsletter with information about their coffee, a curated playlist and several long-form stories.

In time, Hop Culture rolled out a sister brand: Bean Culture. And with a similar vibe and aesthetic — most artwork is done by British artist Sam Taylor — Bean Culture introduced Hop Culture’s quirky and sunny style to a new demographic. 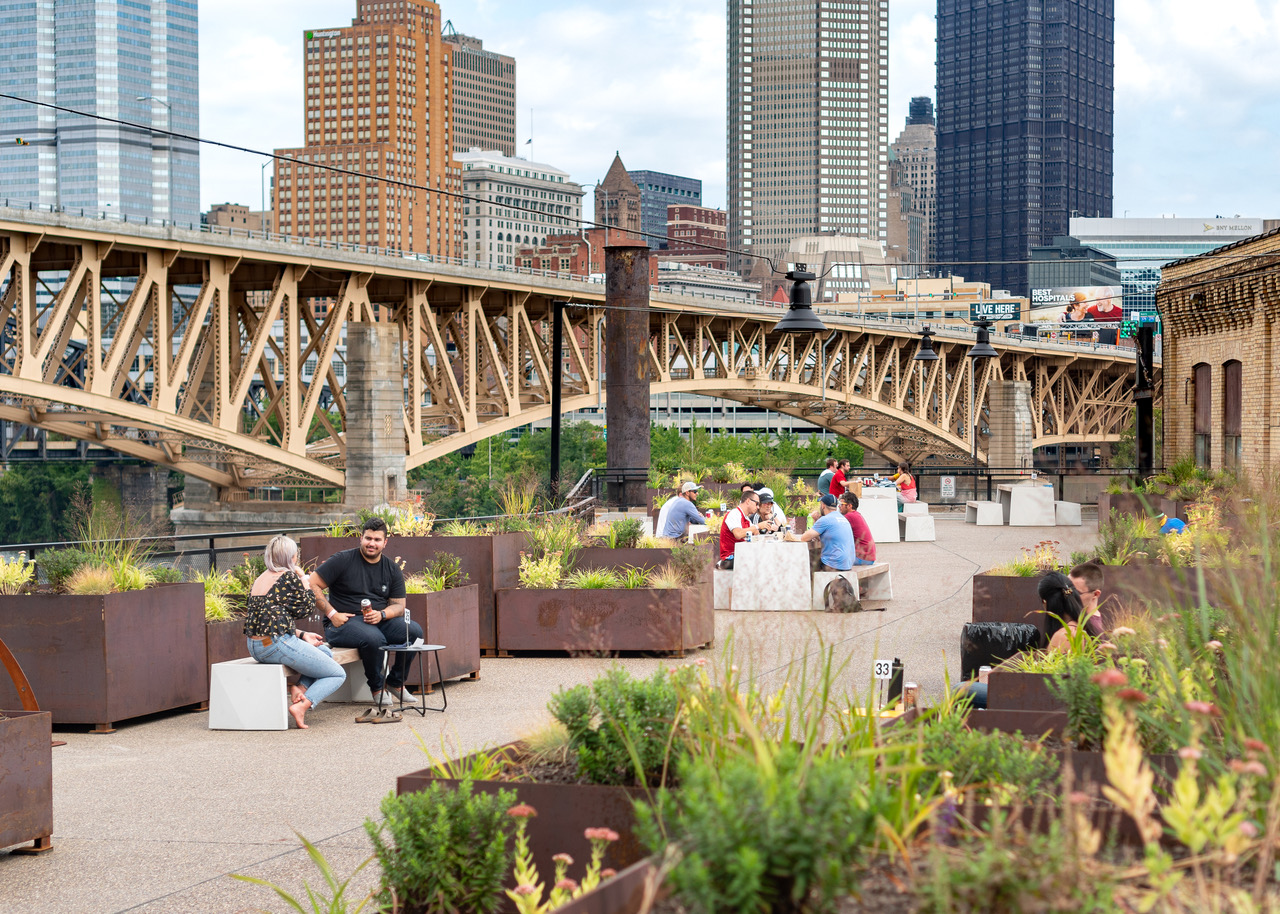 Much of Hop Culture’s pre-pandemic work required scouring the country for interesting beers and their makers. Even so, finding good coffee was always a part of each trip, said Gould, and during a visit out West the group stumbled across San Diego-based Modern Times Beer and its barrel-aged coffee.

Fascinated by the concept of pairing whiskey barrels and coffee beans, Gould reached out to friends for help. They collected barrels from Dancing Gnome Brewery in Pittsburgh and Jackie O’s Brewery in Athens, Ohio, and selected and sourced beans from Guatemala — which, due to their porous nature, absorbed past barrel contents.

“A lot of beans have their own flavors and characteristics and you want to let that be sort of the focal point and let that shine, but with this we want to let the barrels shine,” said Gould.

The beans were aged for six weeks — during which the barrels were rolled and humidity was checked — before roasting and bagging.

Gould is proud of the thought and effort that went into each step.

“It’s not just designing the label but actually making the product,” he said. “And even though it's presented with a sort of irreverence, the product itself is not an irreverent product. We could be snooty about it if we wanted, but I don't think that's a very fun way to be, personally.”

The commitment to shunning snootiness has enabled Hop Culture to reach a wide range of audiences.

“The theme that runs through all of my projects is creating something that brings enjoyment and excitement to people, and also creating products and spaces that facilitate connection,” said Gould. “Those are things that are really important to me as an entrepreneur and as a Jew.” 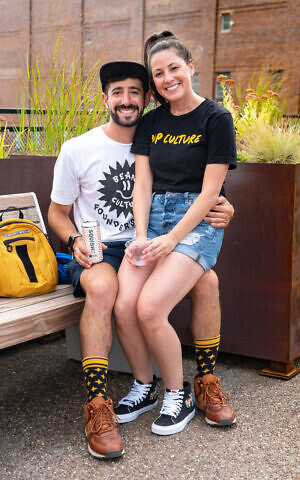 “It was all outdoors,” Gould said. “It felt very safe and it just provided some semblance of social normalcy during a pretty crazy time.”

Gould is presently at work on Fir Junction, a winter-themed pop-up bar at 5523 Penn Ave. inside a space shared with Chef Jamilka Borges, founder of Wild Child.

Given its name, Gould has been busy decorating the venue so that it resembles a ski lodge — and even put a menorah above the fireplace. For those who choose to sit indoors, seating is on a first-come, first-serve basis. But for those who wish to drink and dine outdoors, there’s a seasonal twist — seating is inside one of eight heated igloos located in the parking lot; customers order directly from their phones. The only interaction with a server happens when the food and beverages arrive.

“Again, just maintaining safety is the number one priority,” Gould said, “but also providing a way for people to get out of the house, and live and be able to get together with friends who they feel comfortable seeing.”

Fir Junction is slated to run until Jan. 31.

By then, Gould and his Hop Culture team will surely be busy on another project, and whether it’s related to beer, coffee or some other comestible with a subculture of devotees, creating during a pandemic is fueled by faith, said Gould: “As Jews, especially, I think we've been taught resiliency from day one. Judaism actually has played into a lot of my outlook right now — just being able to look at challenges and knowing that this too shall pass.” PJC