Djino Parker had a swollen spleen six years ago. His mother, Erica Finkelstein-Parker, remembered those days and the resulting hospitalizations. Though Djino mostly recovered, a recent incident brought back old memories and a score of new terrors.

A few months ago, as Djino, 16, was walking by his mother she noticed something strange about his shirt: The horizontal stripes weren’t lying flat across her son’s stomach.

“I thought, ‘Oh God,’ when I looked at him,” Finkelstein-Parker said, speaking by phone from her home in Littlestown, Pennsylvania.

She immediately called the doctor and said her son’s spleen was swollen and that Djino needed to be seen immediately.

Djino already had a history of health issues. In 2015, as Djino and his sister Benedicte’s adoption was finalized, he experienced problems with his spleen. Within a week of his arrival to the United States from Congo, Djino was hospitalized at Penn State Hershey Hospital. Diagnoses were made and treatments were ordered. A team of doctors began following him and for years the physicians monitored Djino’s spleen, abdomen and other organs through regular blood work.

Most issues were resolved, Djino’s mother said, but everything changed last fall when she noticed her son’s distended belly.

“My assumption as a mom was, ‘OK, this has something to do with the three rounds of malaria that he had in (Congo),’” Finkelstein-Parker said. “This is what it looked like when he came home. It’s probably no big deal.”

It was surprising enough that her son had liver cancer, Finkelstein-Parker said, but cirrhosis as a teenager was almost beyond belief. 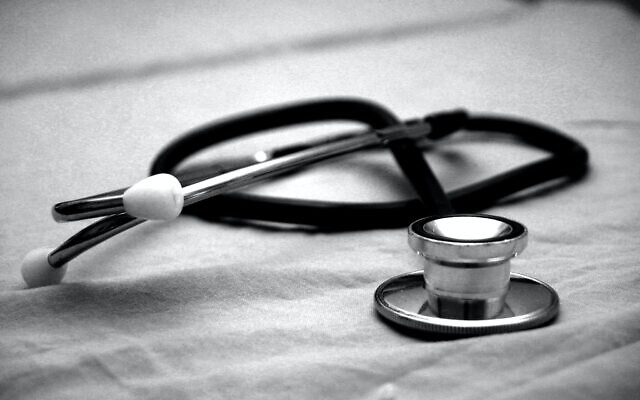 Since April, Djino and his parents have traveled to Pittsburgh every three weeks for treatment. They stay at Family House in Shadyside before returning home to Littlestown, a borough 10 miles southeast of Gettysburg. When the family is in Pittsburgh, Benedicte, 13, stays in Littlestown with friends.

During the trips to Pittsburgh, Djino does his best to keep up with schoolwork, but even without a serious medical condition it isn’t the easiest time to be a teenager, as school, friendships and activities have all been upended by the pandemic. Djino said he’s tried to not let his diagnosis dictate too much of his life and that he enjoys watching movies and going to school when he can.

Still, the routine of Djino’s teenage days has been disrupted. He is not able to play soccer or other sports with friends. He must remain hypervigilant about COVID. His weak immune system means that although he’s been vaccinated, he must continue masking and distancing even when many of his classmates and friends do not.

“He’s a wonderful kid and he deserves a chance to live,” Siegel said.

Siegel said she’s known Finkelstein-Parker for 18 years and remembers the family’s earlier struggles. After beginning the adoption process in 2011, and later becoming Djino and Benedicte’s legal parents in Congo, the Congolese government closed the door on international adoptions. More than 1,000 parents, including the Parkers, were left in limbo. Although scores of parents had become their children’s guardians in the eyes of the Congolese courts, the Congolese government wouldn’t let the children leave. What followed, Finkelstein-Parker said, were two years of visits to the U.S. Department of State and meetings with congressional representatives before Djino or Benedicte were able to come to the United States.

During breakfast one day, when Emmalee was 7, her head started tilting down. Her chin began touching her chest and Emmalee slouched off the side of her chair. All of a sudden, using silverware was difficult and so was walking. Emmalee was evaluated, and, after a series of tests, diagnosed with subacute sclerosing panencephalitis (SSPE), a deadly brain disorder that develops years after experiencing a measles infection.

Finkelstein-Parker didn’t understand what had happened. The dossier that she and her husband received upon adoption didn’t include any information about Emmalee having had the measles, yet the diagnosis indicated Emmalee must have had the infection as a baby.

Emmalee began a treatment protocol under the care of an SSPE expert in Ankara, Turkey, but the disease remained incurable. Five months after Emmalee’s diagnosis, she began experiencing “terrible seizures,” her mother said, and after Emmalee lost her memory and went into a coma at Children’s Hospital of Philadelphia, they brought her home for hospice care.

“She was home for five weeks, and then we lost her,” Finkelstein-Parker said.

When someone becomes a parent, there are things you hope for and things you dread, Finkelstein-Parker said. This is the second time the family has received a “diagnosis that stops your heart.”

Their hope, she said, is that Djino will be able to receive a living-donor liver transplant. But in order for that to happen Djino must be approved by his medical team.

Finkelstein-Parker said that Djino’s oncologist is optimistic about the current cancer treatment. Djino is scheduled for his next oncology infusions on Jan. 14, and an endoscopy and meeting with the liver specialist on Feb. 7.

Djino said he’s staying busy and trying to be a regular teen.

He enjoys baking cookies — some with molasses, some with peanut butter — cooking vegetable soup and making omelets or eggs.

Something else helps pass the days: bird watching.

From a window in his home, Djino often searches for various orders and families. He likes species of all different sizes and was amazed when he first saw a hummingbird. It was cool, he said, but he hopes to see a goldfinch — a small brightly colored songbird believed to bring luck and good health.

Until then, Djino keeps waiting. PJC