Dr. Jacob Brent arrived at work only to discover that a tent was pitched outside UPMC Children’s Hospital of Pittsburgh. Complete with supplies, staff and exterior purple logos, the makeshift space was erected in mid-September after a surge of children had arrived at the emergency department.

Dr. Ray Pitetti, director of the Division of Pediatric Emergency Medicine at Children’s, called the influx of young patients “historic” in a statement.

One month following Children’s tent construction, the American Academy of Pediatrics, American Academy of Child and Adolescent Psychiatry and Children’s Hospital Association declared a national emergency in children’s mental health, citing a significant rise in the number of visits at emergency departments for mental health-related emergencies among children and young adults. Representatives from the AAP, AACAP and CHA, which total 77,000 physicians and more than 200 children’s hospitals, mentioned fear, grief, physical isolation and continuing uncertainty as difficulties facing today’s youth.

The harsh realities confronting young adults were well established before the pandemic or any public declaration of a national emergency. In 2018, long before COVID-19 became part of daily life, suicide was already the second leading cause of death among 10- to 24 year-olds. As quarantining and isolation ensued throughout the pandemic, devastating new statistics emerged: By May 2020, the number of emergency visits for suspected suicide attempts had increased 31% from the previous year among adolescents ages 12–17, according to the Centers for Disease Control and Prevention.

Depression and anxiety-related data has raised a similar alarm. Compared with pre-pandemic estimates, the prevalence of depression and anxiety symptoms doubled during COVID-19 — with rates increasing among older adolescents and in girls, as the pandemic has continued — according to findings in JAMA Pediatrics.

The data is “absolutely frightening,” said Karen Wolk Feinstein, president and CEO of the Jewish Healthcare Foundation. “All the indicators, all the variables, say teens are in trouble.”

For Brent, a child psychiatry fellow and pediatric resident at UPMC Western Psychiatric Hospital and Children’s, the declaration of a national emergency was no surprise. Brent described rising caseloads and the hospital’s placing of the tent as visible markers of a stressed system. He also recalled situations where even after young adults had arrived in the emergency department and referrals were made, months elapsed before necessary outpatient treatment was administered.

Apart from Western Psych, there’s a private psychiatric hospital in the South Hills (Southwood), but it lacks an emergency room or “any way to assess kids right away,” Hutchinson said. Even before COVID-19 arrived, “we were already sending kids to Clarion, or sometimes beyond, to get them in the hospital if they really needed that, and they would wait days.”

Taking a step back

To understand the significance of a national emergency in children’s mental health, it’s imperative to focus on the crisis preceding the pandemic, said Dr. Elizabeth Miller, director of adolescent and young adult medicine at Children’s.

Well before COVID-19, access to mental health services for children and adolescents was “woefully lacking,” as only a third of young people requiring mental health treatment were actually receiving treatment, Miller said.

Contributing to that crisis was the minimization and stigmatization of mental health, a lack of trust in the system and an overall dearth of services. Once the pandemic hit, further turmoil ensued. Many young people, especially in communities of color, lost out on a year of schooling and its supports. Even for students who attended classes online, the social and emotional learning occurring during in-person interactions was largely curtailed. Add to that the increasing stressors families faced trying to balance work and child care, or work and elder care, along with losses due to COVID-19 or community violence, “and it’s been a profoundly hard almost two years of living in the pandemic,” Miller said.

When the 77,000 physicians and 200 hospitals issued a public declaration about a national emergency, this was the backdrop. The current concern, continued Miller, is that there’s been a return to the status quo. With students largely returning to in-person instruction, there’s a mistaken belief that educators and school-based counseling can handle present challenges.

The problem with that mindset is that staffing at schools has been disrupted and overstretched by the pandemic, and children have gone for more than a year without learning the tools to communicate or build relationships. What teachers and counselors are now reporting, continued Miller, is an increase in disorderly behavior, such as verbal arguments and physical fights occurring in schools. What’s clear is that “going back to the status quo is just woefully insufficient.”

Feinstein believes the road ahead requires several steps. Apart from providing a stronger pipeline of health professionals, increasing the number of hospital beds and ensuring every pediatric office has mental health counseling available, Feinstein would like to see more support for the organizations and entities aiding today’s youth.

The PA Youth Advocacy Network was created in 2018 and includes youth advocates and partner organizations, including Stand Together, The Second Floor at the Jewish Community Center of Greater Pittsburgh, the Beaver County Youth Ambassadors Program, the Friendship Circle-Pittsburgh, UpStreet Pittsburgh, PA Care Partnership, Youth MOVE PA, The Mentoring Partnership and the American Foundation for Suicide Prevention.

The Teen Mental Health Collaborative was launched in 2020 and includes a group of 14 organizations — including Alliance for Refugee Youth Support and Education, Boys & Girls Clubs of Western PA, and Homewood Children's Village — supporting teen mental health programs during the pandemic. 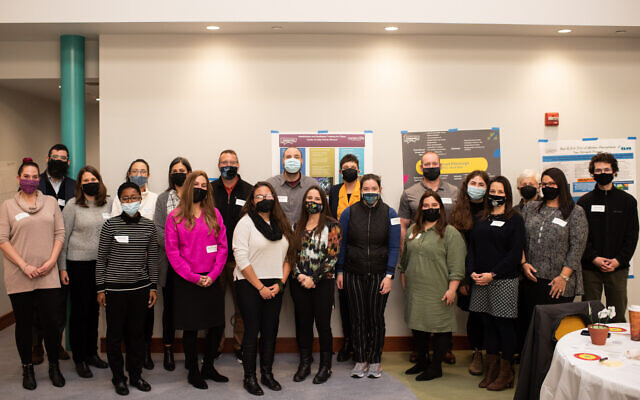 Sarah Pesi, a teen engagement and outreach coordinator at the Jewish Community Center of Greater Pittsburgh and policy assistant at the Jewish Healthcare Foundation, touted the benefits of community organizations and said their staff and patrons have the power to help today’s teens.

As advocates, people can let their legislators, hospital systems, health care providers and schools know how significant this moment is for young adults. Whether reiterating the tragic realities of the current crisis yields increased funding for school counselors, or curricular changes incorporating mental health awareness, it’s a start, Pesi said.

According to Harvard University researchers, children facing significant adversity are able to develop resilience with the support of even one supportive adult.

Murdoch hopes adults realize that being present and listening are vital, and that demonstrating these behaviors can make all the difference.

Be aware of the mental health needs in teens. Know the warning signs. Offer a safe space and encourage young adults to talk about their feelings. Teens today have many academic pressures, and schools are not necessarily equipped to provide all the social and emotional support required, Murdoch said.

The declaration of a national emergency in children’s mental health should be a wakeup call to policy makers. The pandemic exacerbated a problem that preceded labor shortages or quarantine. And, in many communities, there are still significant barriers for accessing mental health support, Murdoch said.

Adults need to ask themselves a question, Miller said: What does it take to create a thriving community?

People should realize it’s not just enough for children to survive — kids need to thrive. A comprehensive response to this crisis isn’t simply focusing on the declaration, but the holistic wellbeing of young adults everywhere. We can’t forget, continued Miller, “while children are 20% of our population now, they’re 100% of our future.” PJC