During the past several weeks, many Pittsburghers have contacted JFCS (Jewish Family and Community Services), a resettlement agency, asking when Ukrainian refugees will arrive in the U.S. and how to help. As thoughtful as the concerns are, the questions are driven by an erroneous conflation of the Afghan crisis and what’s transpiring in Eastern Europe, said Jordan Golin, JFCS’ president and CEO, at a March 23 press briefing.

“The way in which Afghan refugees were sent to our community, and the speed with which it happened, was not typical of the usual way that refugee crises are handled,“ Golin said.

“The Afghan response was an expedited process that the U.S. government created to assist as many Afghan people as possible, as quickly as possible, under very unique conditions.”

The U.S. government has not responded similarly to Ukrainians, or their situation, said Jamie Englert, JFCS’ director of immigration legal services.

Between Feb. 24 and March 23, more than 3.6 million refugees fled Ukraine, according to the United Nations.

“Unfortunately, at this time, there are very few pathways legally for Ukrainians, who have been displaced, to arrive and enter the United States,” Englert said. 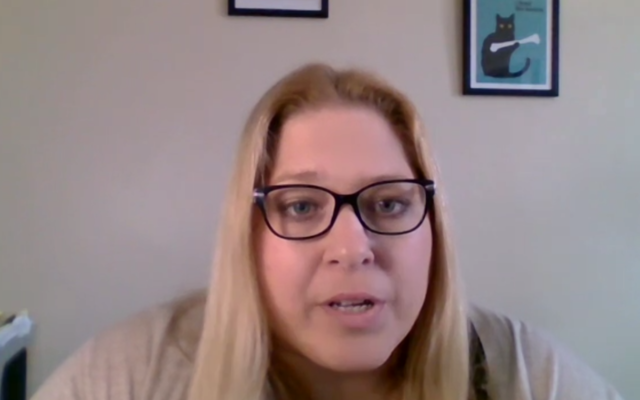 First, Ukrainians who arrived in the U.S. before March 1 may apply for temporary protected status, which will allow them to work and live in the U.S. for 18 months without deportation.

Third, persecuted religious minority groups from the former Soviet Union, including Ukraine, may gain entry to the U.S. based on the Lautenberg Amendment.

The problem with those options, Englert said, is that they’re “laborious and paperwork intensive,” ultimately resulting in people waiting years to come to the U.S. 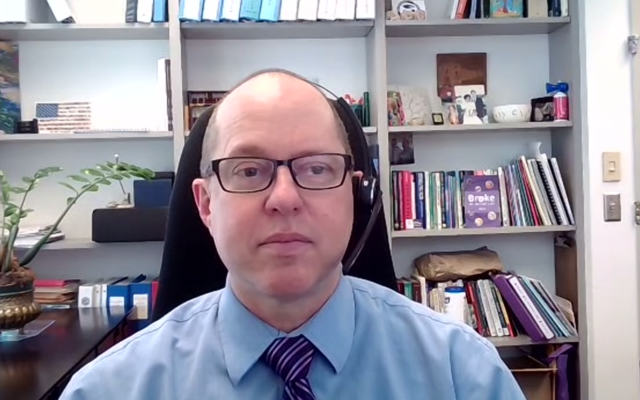 There also is the United Nations refugee resettlement program, but that, too, is a “very long process,” said Ivonne Smith-Tapia, director of JFCS Refugee & Immigrant Services.

For a refugee to gain entry to the U.S. through resettlement, several steps are necessary.

According to USA for UNHCR, a Washington D.C.-based nonprofit, the Office of the United Nations High Commissioner for Refugees must first determine that a person requires resettlement. The U.S. government and Resettlement Support Centers then run background checks, and the Department of Homeland Security performs a face-to-face interview. The applicant is then given a medical screening to ensure they do not have tuberculosis or other communicable diseases. Finally, the approved applicant is matched with a sponsoring agency to assist upon arrival in the U.S.

The resettlement process generally takes about two years, “though it can even take much longer,” Golin said.

JFCS will help those Ukrainians who do come to the U.S., but community members should understand that will not happen until the U.N. and U.S. government complete their processes, Smith-Tapia said.

If Ukrainians already have arrived in Pittsburgh — not as refugees, but on tourist visas or through other legal means — they should contact Immigrant Services and Connections, a five-agency partnership headed by JFCS that connects people with resources in Allegheny County, she added.

There’s a lot of confusion about immigration and expediting the process, Englert said. What’s clear, though, is that even for orphaned children in Ukraine, there are “no shortcuts as of today that I’m aware of.”

“It is a very challenging time,” Golin said before directing attendees to jfcspgh.org/ukraine and its list of organizations collecting money on behalf of Ukrainians. “At the moment, that’s the biggest source of support that people can provide.” PJC