Seasoned spiritual guides have had to retool their rabbinate during the past seven months. The once common practices of hand-holding in hospitals or kibbitzing during a kiddush have been replaced by strategic tactics for reaching congregants from afar. Whether it’s delivering compelling content virtually from inside an empty sanctuary or managing the quirks of video conferencing, rabbis’ routines have shifted.

Rabbi Natalie Louise Shribman, though, has not had to reconfigure her rabbinate. Having received ordination in May 2020, serving during a pandemic is all Shribman has ever known.

During her five years at Hebrew Union College-Jewish Institute of Religion, Shribman studied Bible, midrash, Talmud and a score of Jewish texts and liturgy. She enjoyed clinical training and refined interpersonal skills. But there wasn’t a course on donning PPE in a coronavirus hotspot or ingraining yourself in community when access is through a screen.

“I'm not trying to complain, it's just a whole other level that we weren't taught in school,” said Shribman, 28. “How can you teach this?”

Shribman, a former Pittsburgh resident and current Wisconsinite, is a chaplain resident for the Mayo Clinic Health System in Eau Claire, Wisconsin, and the spiritual guide of Temple Beth El in Dubuque, Iowa.

As someone tasked with patient support in a COVID-19 hotspot, Shribman has seen the virus’ effect on hospital stays.

“Connecting with people is really hard,” said Shribman. “We misinterpret so much because of the masks. I feel like you can’t see people’s expressions.”

Difficulties communicating with patients who are hard of hearing or have dementia are common, and there are other challenges compounded by COVID-19. 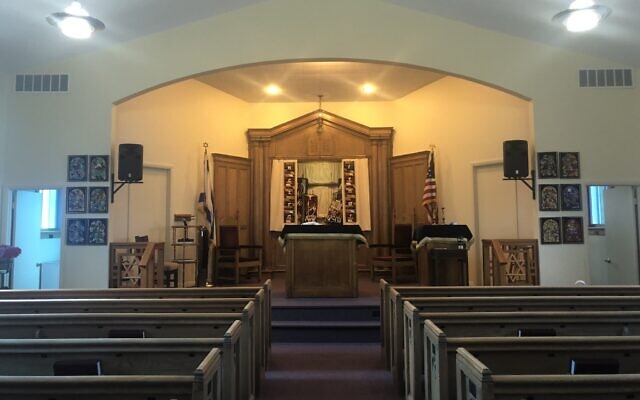 After a recent car accident, two people were brought to the hospital. Testing revealed that the first patient had a concussion. Shribman called the patient’s family to explain the results and that, due to COVID-19 restrictions, visitation was limited. The family was both relieved about their loved one’s condition and bothered by the inability to be on-site. The second patient died as a result of the accident. In that case, Shribman met with the deceased’s parents for hours.

“I can't even really tell you what I did, exactly,” she said. “I just sat there with them and talked to them and tried to learn a little bit about their son's life. These experiences really stay with you.”

Chaplaincy requires sensitivity, but so too does being a pulpit rabbi. Shribman accepted the Temple Beth El post nearly six months ago and has striven to create meaningful connections despite living 200 miles away. She has driven to Dubuque in her Subaru Crosstrek to meet with congregants and record High Holiday services, but otherwise connects with members through monthly Shabbat services or regular phone chats.

“I think everyone understands that this is the most we can do for people, is just give them a call,” said Shribman. “You just have to be available to people.”

It’s a lesson Shribman learned well before the pandemic.

Almost 16 years ago, Shribman moved to Pittsburgh with her parents from Washington, D.C., after Shribman’s father, Pulitzer Prize-winning journalist David Shribman, accepted the position of executive editor at the Pittsburgh Post-Gazette.

The relocation was pivotal for the adolescent.

One of them was Rabbi Jamie Gibson of Temple Sinai, who, along with congregation members, supported the Shribman family when David Shribman’s father died in 2004. 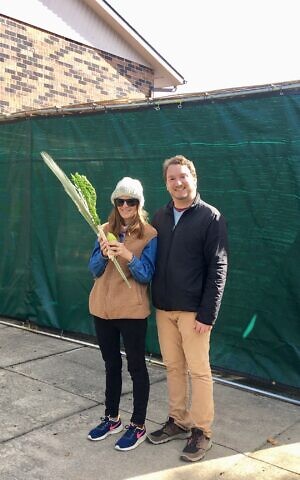 “We had just moved, and they helped us with shiva and with just being there for us,” Shribman said. “That really inspired me and I felt like I could become more Jewish.”

“Pittsburgh kind of helped me become a Jewish person because it was so easy to find Judaism,” she said. “It was just so welcoming to be there.”

That communal quality is something Shribman appreciates even more now. During the week, Shribman lives in Eau Claire. Each Friday, however, she drives 100 miles east to spend Shabbat and the weekend with her fiancé, Rabbi Benjamin Altshuler, who serves as rabbi of Mt. Sinai Congregation in Wausau, Wisconsin.

“My fiancé and his community have to work so hard to explain to people what it is to be Jewish,” said Shribman. “To represent the Jewish world in this tiny little town of Wisconsin, I think it's hard for them. It's hard for me. I know sometimes it feels like we're the only Jewish people.”

Whether as a chaplain resident at a hospital or as a digital spiritual guide, Shribman has considerable responsibility for a young professional while navigating a path different from the one she initially imagined, when she hoped to work on a college campus.

For now, however, the former Squirrel Hill resident appreciates the opportunities she’s been given.

“I can't think of anything else that I want to be doing,” she said. “It's quite a privilege to be working, to be doing what I'm doing.” PJC