With a pen and paper beside her, Shirley Holtzman Schwartz makes phone calls to the same seven people each week. The conversations, she explained, are an exercise in listening and note taking.

After saying hello, Schwartz, 85, begins writing, recording whether the person on the other end of the line visited with family, saw their doctor or even what memories have been surfacing lately. When the conversation ends, Schwartz compiles her notes into a report and sends it to Amy Gold, a Jewish Community Center of Greater Pittsburgh staffer who oversees CheckMates, a program of AgeWell at the JCC.

For the past 17 years, CheckMates has helped Allegheny County residents — like those on Schwartz’s list — remain independent and in their own homes by relying on trained volunteers who make calls to learn what additional support and community resources might be needed. The volunteers then share that information with Gold.

“Amy does a good job connecting people if they need something,” Schwartz said.

Volunteers are not responsible for solving problems or locating resources. For instance, if someone is short on milk, it is not the caller’s responsibility to take care of the shopping; rather, they are charged with passing along information.

By freeing the caller from the role of troubleshooter, the relationship between volunteers and recipients develops in a unique and meaningful way, Schwartz said, noting there are people on her list she’s called for years.

“I have two people I call who are in their 90s,” Schwartz said. “They walk, they drive. I think it’s just fantastic and it gives me inspiration.

“I don’t like to sit and twiddle my thumbs,” she continued “I feel good when I make other people feel good. That’s the benefit of volunteer work.”

CheckMates caller and Squirrel Hill resident Dan Stead agreed, saying “it’s phenomenal in a way that I did not expect.”

When Stead decided to volunteer six months ago, he imagined he’d simply be phoning older adults, asking about their needs and passing the information along.

“I never expected to receive what I have received from my clients,” Stead, 76, said. “I discovered that each of my clients has given me an understanding of the aging process and given me more courage to face the aging process. I see it’s possible to remain strong in spirit and fight the limitations that come with age.”

The four people on Stead’s list range from 74-94. Stead said each call lasts at least 15 minutes.

“I talk five minutes of the time and listen 95% of the time,” Stead said. “I have become so incredibly impressed with the people I’ve spoken with.” 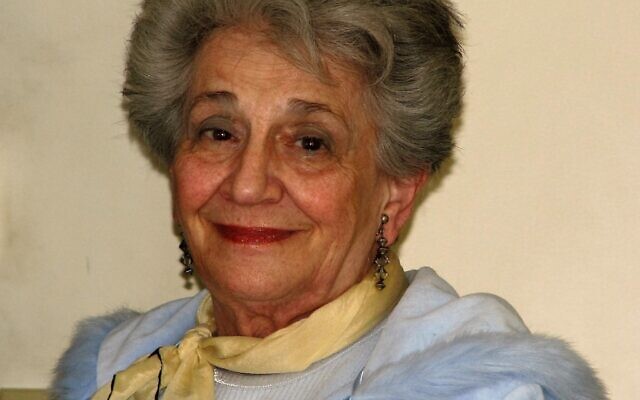 Stead said several of the people he calls are dealing with social isolation and loneliness — factors that pose a serious public health risk in older adults, according to the Centers for Disease Control and Prevention.

The program, which receives funding from the United Way of Southwestern Pennsylvania, was always intended to be strictly phone-based, but before the pandemic, CheckMates seniors were encouraged to come to the JCC, enjoy lunch at J Cafe or take an exercise class. COVID has made it more difficult for people to connect, so the calls have taken on greater meaning, Gold said.

For Stead, the weekly phone chats are about connecting people to the community.

“These calls say we know you’re there, we want to know how you’re doing and we want to build relationships,” he said.

“You become very close friends with them,” Smith said. “You get to know their families, you ask about their grandchildren or spouses … Some people are going through horrific illnesses, and you are a light in their life.”

The unfortunate reality of a program serving older adults, however, is that turnover is not uncommon. This past year, four of the people on Smith’s list died.

“You can hear it in my voice, I’m still upset about the ones I lost,” Smith, 75, said. “It’s really hard when someone is young, or my age, but it will happen to all of us.”

Smith has learned a lot in the 10 years she’s volunteered with the program.

“It’s made me more aware of how older people are sometimes not given the time and respect they are due,” she said. Smith said she’s noticed instances when older adults repeat a story because they’ve forgotten they already shared it. But there are also instances when people reiterate a tale because it deeply mattered to them. Listening is instructive, Smith continued. Many of the recipients are people who “raised kids through pandemics and wars, and they survived.”

In the 15 years since Gold has overseen CheckMates, she estimates that more than 500 independently housed seniors have received at least six calls in six weeks from a volunteer.

For both volunteers and those they call, that’s a significant number of people affected in an area known for its aging population. Among the nation’s 36 largest counties, Allegheny County has the second-greatest number of older adults, with 19% of its population above 65. Palm Beach County in Florida — which includes West Palm Beach, Boynton Beach, Delray Beach and Boca Raton — holds the top slot, with 24% of its residents above 65, according to the April 2020 census.

At this time of year, when people are trying to adopt resolutions or meaningful volunteer projects, Smith hopes community members will be cognizant of Pittsburgh’s demographics.

“There are a lot of lonely people out there,” she said. “Giving five or 10 minutes of your time is going to make a difference in their life.” PJC