Cindy Vayonis is searching for an activity to do with her daughter. It’s winter, so they can’t go apple picking. Kennywood, Sandcastle and swimming at a community pool are obviously out as well, she said.

If it’s warm enough, Vayonis and her daughter Lexi may take a walk outdoors; otherwise, they head to a grocery store.

“But I can only go to Giant Eagle, Whole Foods and Target so much,” Vayonis said.

Lexi, 29, has “intellectual deficits and behavioral issues,” her mother said.

Undertaking Lexi’s care was largely due to staffing issues. Each time a new direct support professional tried to work with Lexi, Vayonis received notice that her daughter’s “behavioral issues were too difficult,” and the family was dropped as a client.

Eventually, Vayonis quit her job at UPMC and began operating what she calls “Camp Cindy.”

Since becoming a full-time caregiver, Vayonis said she’s noticed changes in her daughter — she’s become “calmer and her daily living skills advanced.” The work is gratifying, she added, but also relentless.

“My husband and I often say no one knows what we go through,” Vayonis said. “No one knows the struggles we have on a daily basis.” 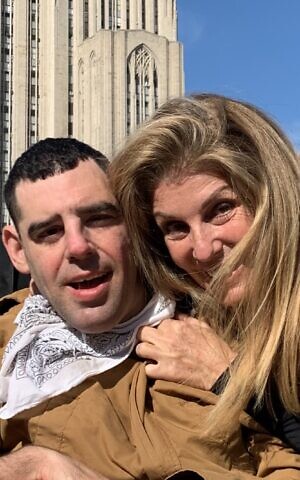 Carol Tabas, another Jewish mother, may understand. She operated a commercial cleaning company but closed it 15 years ago when she couldn’t find care for her son, and her “support system fell apart,” she said.

“My son is nonverbal,” she continued. “It takes a lot of people to figure out what’s going on, and it takes a deep knowledge of him to get through a day.” When a caregiver doesn’t show up, “it’s not like I can call someone else. They don’t know what his likes are, what his schedule is.”

Even if Tabas does find someone willing to help, that person may not be up to the task.

Chet has seizures once or twice a week, his mother said.

“They’re scary,” she said. “They can last for five minutes. He turns blue and stops breathing. I think I am a very calm person, but there are people who are not like that.”

There’s also the physical component to Chet’s care. He is 5-feet, 1-inch tall, and weighs 130 pounds.

“I need someone to lift him, to put him on the toilet, to move him — the physical things I can’t do anymore,” Tabas, 68, said.

“I ask Uber drivers, people who deliver groceries, if they know anyone,” she said. “I am struggling a lot of the time. I can’t get out of the house.”

Sometimes a caregiver isn’t “capable of doing the job and I have to supervise them,” she continued. “Sometimes they don’t get the feeding aspect right. Some people are nervous around seizures, and I try not to leave them. I’m 68 years old. I would love to go out to lunch with my friends and have a free day. I would have loved to go back to work.”

Vayonis, Tabas and scores of other parents in Pennsylvania cannot find direct support professionals. One reason why, experts explained, is economics.

That rate, according to Ruth Siegfried, of InVision Human Services, is determined by the state and ultimately hinders a staffing agency’s ability to hire workers. 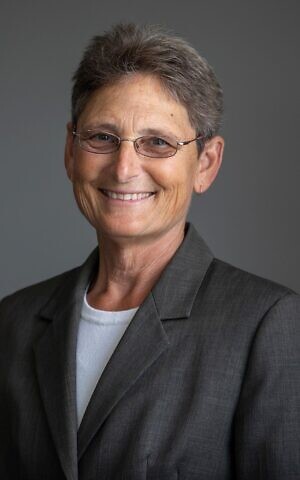 Siegfried founded InVision 30 years ago. The agency, which provides customized services for people with intellectual and developmental disabilities, is 100 full-time employees short of the 700 it needs, Siegfried said.

In a free market when an employer lacks staffers, the employer should be able to raise wages, thus creating a balance between the supply of potential employees and a demand for their services, she said.

“What we're trying to do is change the system, so to speak,” Casey told the Chronicle. “We want to relieve the burden that a lot of family caregivers have undertaken.”

If the bill becomes law, states will be eligible to receive a permanent 10% increase in the federal Medicaid match for delivering HCBS, as well as enhanced funding for administrative activities associated with improvement efforts.

But exactly how many is difficult to determine.

Policy experts from the President’s Committee for People with Intellectual Disabilities, wrote in a 2017 report to the president of the United States, that given the range and variation of job titles, it’s tough to quantify the exact number of direct support professionals working with people with an intellectual disability.

Those numbers indicate a crisis made worse by the pandemic and “Great Resignation.”

“There is just no real progress in sight,” Siegfried said.

Even if Pittsburghers recognize there’s a compensation issue, it must be addressed on a state level, Pittsburgh City Councilperson Erika Strassburger told the Chronicle, as local officials lack the authority to enact legislation that increases wages for direct support professionals.

Casey would like to see the Better Care Better Jobs Act passed — so far the act has passed neither the Senate nor the House — but also a culture shift in how society views direct support professionals.

“These are folks whose care has always been essential, but during the pandemic we found out it was both essential and heroic,” he said. “We've got to lift their pay and lift the status of that work so that they are treated with dignity and respect.”

Alison Karabin, project manager at Jewish Residential Services, said that while changes can be effectuated by state leaders, the work begins at home.

“This is an area where people contacting their representatives and writing letters can make a difference,” Karabin said. “Advocating for better funding for direct support professionals is something we can all do, and it’s important for our voices to be heard.” PJC