Comedian Jared Freid is like a bubbie at a bris — loud, entertaining and everywhere.

An hour before speaking with the Chronicle, Freid, 37, tweeted about the tendency of social media users who feign expertise about global affairs: “Remember your most unhinged friends during the pandemic?! Well they are BACK as a war correspondent!!”

Freid said that the tweet — and its reference to Russia’s invasion of Ukraine — pokes fun at the type of pal everyone has, that person who purports to know everything and is gladly willing to share that knowledge, “especially on a very serious day where we’re watching the world change before our eyes.”

War, mass displacement and the loss of human life aren’t particularly lined with punchlines, which is why Freid said he’s happy leaving the reporting to experts.

“I want to hear from someone I trust, and there’s a lot of people — especially over the last few years — that have proven themselves to not exactly be the most trustworthy source of information,” he said. “And I’m making fun of that person.”

But, as is the case with any joke, some people fail to see the humor.

On Instagram, where Freid has 256,000 followers, a few users remarked that Freid’s post wasn’t funny, that it lacked compassion and that war is serious.

Freid said he understands that everyone won’t always appreciate every comment.

What he posts, or addresses in his bits or on his podcasts, are attempts to “find someone new that could laugh at the things I do,” he said. “I don’t do anything to make someone mad.” 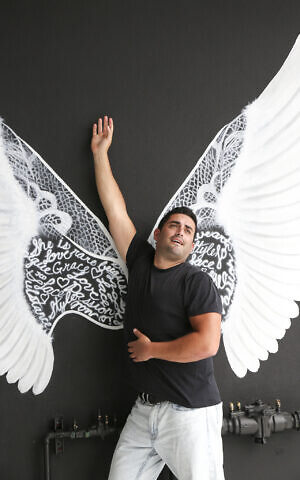 Helping others find humor — as he does by “live screaming” every episode of “The Bachelor” — is Freid’s intent. It’s why he left his job selling life insurance and annuities to pursue comedy. At the time, when he shifted careers in 2010, Freid wasn’t sure where he’d land. He thought maybe he’d be writing greetings cards. He definitely didn’t expect to perform on “The Tonight Show,” where he delivered a set in November.

Freid didn’t get there by chance. By the time he arrived at Studio 6B in Rockefeller Center, he’d already built a fanbase of several hundred thousand online. And while performing in front of Jimmy Fallon and a national televised audience was “definitely a highlight,” the true takeaway of the experience was that it was “incredibly validating,” Freid said. “There are no promotions in stand-up comedy, and there are very few moments like that.”

Perhaps more memorable are the misses. Freid recalled a show he did just two years into his career where there was only one person in the audience laughing: his mother.

Similarly brutal, he recalled, were several events at synagogues.

“There's nothing harder than performing for your own,” he said. “It doesn't matter what background you are. If you get in front of a group of people that have the same background as you, they're always the hardest critic.”

As for cracking quips before fellow landsmen, the challenge is that “comedy is the Jewish sport,” Freid said. “I think Jews take a lot of ownership and pride in being the culture of stand-up comedy, of comedy in general. So when you go in front of a Jewish audience, there's always that punchy older Jewish guy that’s just ready to say he could do this, too.”

Jewish Pittsburgh can discover how difficult the task is when Freid performs at the Pittsburgh Improv.

Some of the material may touch on family, as it’s one direction he’s taken his comedy in recent years.

“I'm not up there to try and talk about men versus women and things like that,” he said. “It's more just talking about myself and things about myself that I believe will connect with a big group of people.”

Freid learned the tactic from his comedic icons Kevin James and Ray Romano. While both of those stars achieved massive fame through televised sitcoms (“The King of Queens” and “Everybody Loves Raymond”), Freid is more pragmatic.

“I would love that,” he said. “I would love to have the sitcom version of going and visiting your parents in Boca that doesn’t feel like I’m lifting ‘Seinfeld’ episodes. But, generally, the dream to me is getting to go and do stand-up. Like, go on the road and have people come out and enjoy.” PJC