When Julie Harris reads the haftarah this Shabbat at New Light Congregation, it won’t be the first time, or even second time, she chants those particular verses. In fact, when Harris sings Isaiah’s words — and the prophet’s call for the Jewish people to reach their potential — it will be the third consecutive year she recites the haftarah for Parshat Shemot.

Harris, 60, has a long history with New Light. Her late mother, Helene, was a past president of the congregation, and while Harris has always been “invested in the future of New Light,” she only began chanting the haftarah there in 2019. That decision, Harris said, was prompted by the 2018 attack at the Tree of Life building, during which New Light members Rich Gottfried, Dan Stein and Mel Wax were among the 11 Jews murdered.

“My response to the synagogue shooting,” Harris said, “was to learn more Torah.”

So Harris reached out to Beth Kissileff, wife of New Light Rabbi Jonathan Perlman, a few months after Oct. 27, 2018, and asked for help in learning how to layn. Harris had celebrated her bat mitzvah years earlier at Adath Jeshurun Congregation in East Liberty and was already comfortable reading Hebrew. What Harris didn’t know, however, was how to make sense of the musical notes above the biblical words or chant the tropes.

Kissileff agreed to teach her. Harris selected her parshat, Shemot, and started reviewing the corresponding haftarah, which comes from the middle chapters of Isaiah.

Beginning with 27:6 and running through 29:23, Isaiah vacillates between optimistic prophecy and scorn. He tells the Israelites that although they will later blossom, the leaders of Israel are confused by wine, dazed by liquor and muddled in their visions. Ultimately, Isaiah says, the Israelites will stumble in judgment, fall backward, be injured, snared and captured. Yet, despite their disastrously poor behavior — and their tables covered “with vomit and filth so that no space is left” — the Israelites will ultimately be redeemed, according to the prophet.

The glimmer of optimism that’s offered at the end of the haftarah is significant, Harris said. It reminds all of us to “never lose hope, to always continue learning, to study Torah.”

When Harris first selected the portion three years ago, she did so based on the calendar, as Shemot aligns with her birthday. While later reviewing New Light’s records, though, Harris and Kissileff discovered that Shemot was also Gottfried’s bar mitzvah portion, and he often chanted the same haftarah for New Light.

“I don’t like to read too much into it,” Harris said, but added that it’s impossible to sing the words — the need for optimism after destruction — and not consider the surrounding circumstances. “I know that he would be happy with people continuing to learn and carry on the services at New Light,” she said, and this “gives me a sense that I could honor Rich.” 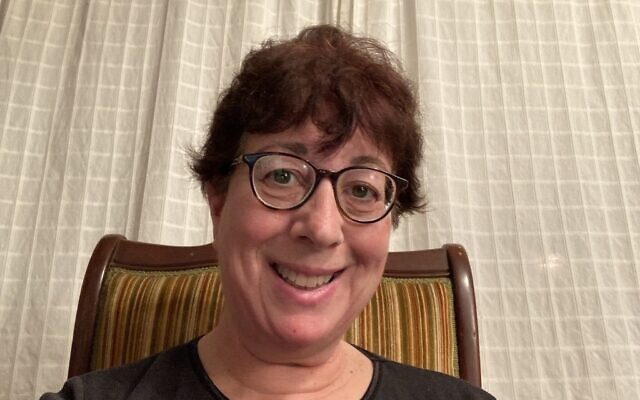 New Light co-president Barbara Caplan credited Harris with honoring Gottfried’s memory, and said other congregants have also taken on new projects to preserve the legacies of Gottfried, Stein and Wax.

For New Light, these three men were the backbone of ritual life, Caplan said. Whether it was reading biblical passages on behalf of the congregation or leading services, “this is what they lived for.”

Filling their shoes has not been easy, noted New Light co-president Stephen Cohen.

Kissileff agreed, and said Gottfried, Stein and Wax all “helped others find their Jewish voices and expressions in the synagogue.” Wax helped people put on tefillin. Stein made people feel comfortable when they were called for an aliyah. Gottfried encouraged others to “follow Jewish practices and deepen their Jewish knowledge as adults,” she said. “When someone passes away the best way to honor that legacy is to emulate the individual's deeds.”

In the aftermath of Oct. 27, Kissileff and Perlman have helped congregants improve their Hebrew; as a result, several individuals, like Harris, have adopted new synagogue practices.

Cohen said that in 2021 he read the haftarah twice — and prior to the 2018 attack, the last time he read haftarah was at his bar mitzvah decades earlier.

According to Caplan, members of the congregation are making meaningful contributions each week. New Light isn’t a large entity with a stable of individuals who can easily shepherd the ritual load. “It’s hard,” she said. “We’re small, we don’t have that many people.” That’s why it’s so meaningful when people like Harris or Cohen help out, she said.

Cohen agreed and noted that whether it’s reading haftarah or participating in the service, congregants are simultaneously preserving a legacy while safeguarding New Light’s future.

“We honor their memory every week,” he said, “and do the things that they did for us.” PJC